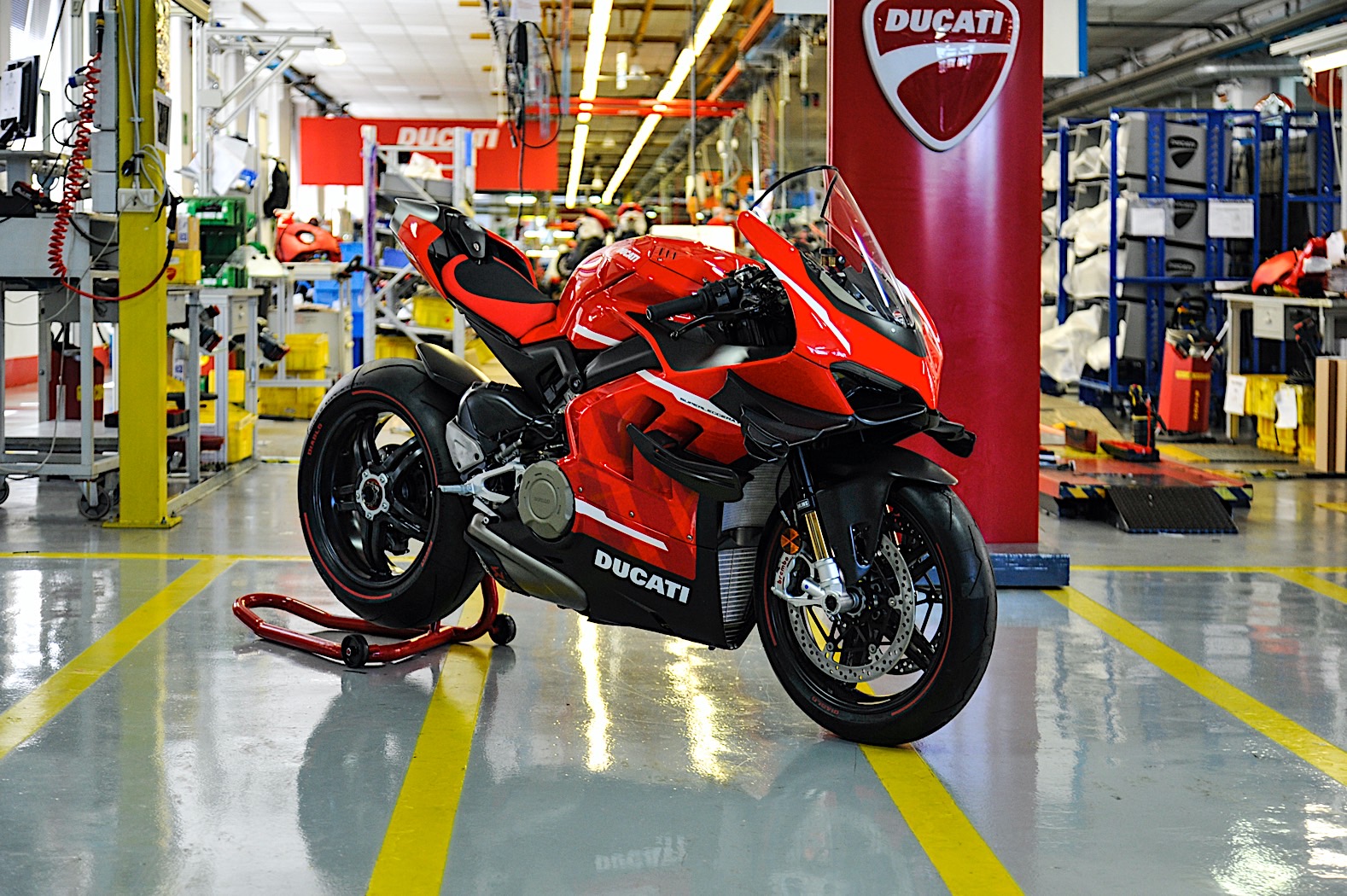 In the second month of 2020, Italian bike maker Ducati announced the launch of the Superleggera V4, a bike for street use so fast it is borderline a MotoGP two-wheeler. Production of the motorcycle began this week, meaning there isn’t that long until we get to see it on the tarmac, where it belongs.

The first Superleggera V4 already rolled off assembly line, and work is ongoing on the other 499 that will make up the limited production run. Once ready, the world would have 500 examples of the only motorcycle “approved for road use with a carbon fiber frame, swingarm and rims.”

So, what’s so special about it?

First, the engine. Packing a 998 cm3 Desmosedici Stradale R powerplant that is usually good for 224 hp, the bike produces even more than that, 234 hp, thanks to the racing kit all will be offered with. That’s enough power to make it nearly as fast as the Panigale V4 R SBK, a race bike that won the 2019 Italian Motorspeed Championship – the V4 went around the Mugello circuit in 1:52:45 minutes, just a couple a seconds slower than the racer.

Then, the extensive use of carbon. The material is at the core of important hardware fitted on the motorcycle, including the frame, swingarm and rims. And it has also been incorporated in other related parts, like the helmet specifically created for this model.

Prices for the Ducati Superleggera V4 are available upon request. Customers will also receive a track test on the factory Panigale V4 R, and the chance to ride for a brief time a Desmosedici GP20.