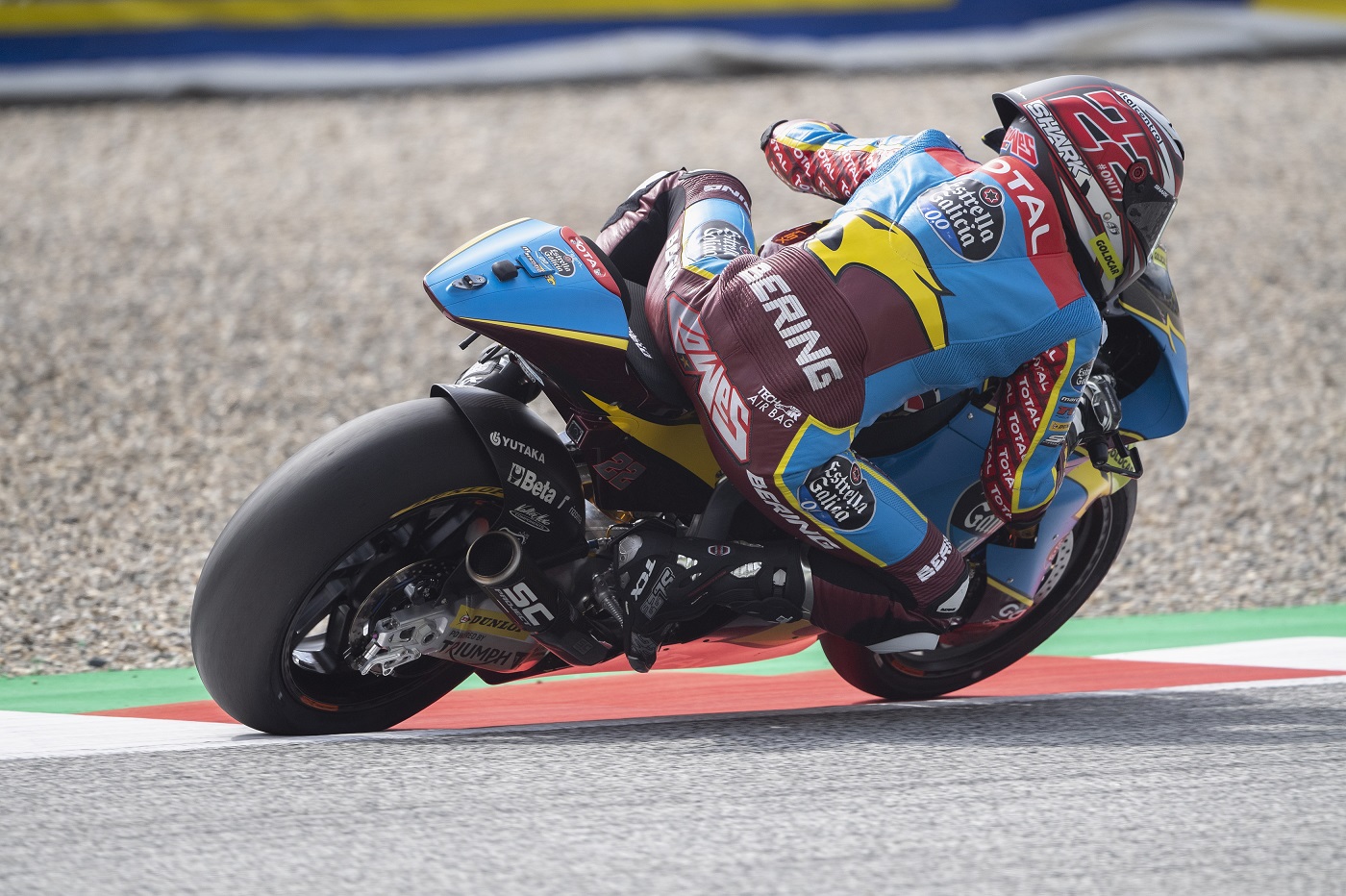 Sam Lowes continued his excellent run of results by scoring fourth place in a shortened race at the Red Bull Ring while Augusto Fernández fought hard to secure another strong finish in eighth.

After a lengthy delay to attend to the riders and clean up the track, the Moto2 grid was reformed based on the order at the end of lap three of the original race. The restart was held over a reduced distance of 13 laps.

The three-time Moto2 race winner used the warm-up session to try a new chassis and rear suspension setting to improve the balance of the bike and immediately felt very comfortable. He set the seventh fastest time.

After recovering two places in the first race, Augusto lined up in tenth on the grid for the restart. Having worked on a perfect set-up for the race all weekend, the rider from the Balearic Islands couldn’t run his normal pace as he fought for seventh place.

In the end, Fernández couldn’t overtake Thomas Luthi on the final lap and finished eighth, 9.5 seconds behind the race winner.

Overall, it has been another positive weekend for Augusto. The eight points gained see Fernández remain in 13th place in the World Championship with 25 points to his name.

“It was a crazy race! It was a short race and everyone was pushing like it was the last lap. I’m not happy. We had good pace all weekend and could have had a really good race. But in the end, it wasn’t about pace. It was about fighting every lap and my good pace was for nothing. I didn’t manage to fight in a good way. I didn’t manage to win the battle in my group but anyway we have another race here next weekend. We’ll keep working as we have been doing and hopefully it will be a longer race weekend in which we can take advantage of our pace.”

The Englishman began the restarted race from seventh on the grid. A difficult getaway and a fight with Aron Canet on lap two saw him lose time to the top three riders.

While fighting for fourth, a spectacular moment on the exit of turn one caused Sam to lose two places.

But the three-time Moto2 race winner fought until the end, overtaking Xavi Vierge for fourth place on the exit of the final corner.

It represented an excellent result for the Englishman, whose previous best result at the Red Bull Ring was 20th. The 13 points scored today mean he stays in fourth place in the World Championship, 19 points behind first place.

“I’m happy with the fourth place and 13 points”

“It was OK. When it’s a short race everybody pushes hard. I didn’t make the best start and I was in the group. It was one of those races that was fun to be involved in but I knew I was losing a lot of time. After the bad start and with the race being held over 13 laps I’m happy with the fourth place and 13 points. It’s another strong weekend for me and we got some good points. I know I’m stronger than that so I can look forward to next weekend.”

“First of all, I want to say we are very lucky after the first race and the incident that happened. Going into the second race it was very difficult with less laps and at a track where it is very easy to overtake in these hard-braking points. Anyway, we are very happy to have this fourth position with Sam and this eighth place with Augusto. We were fighting in the group and recovered points for the championship as well. We are sure next week we can finish even higher!”