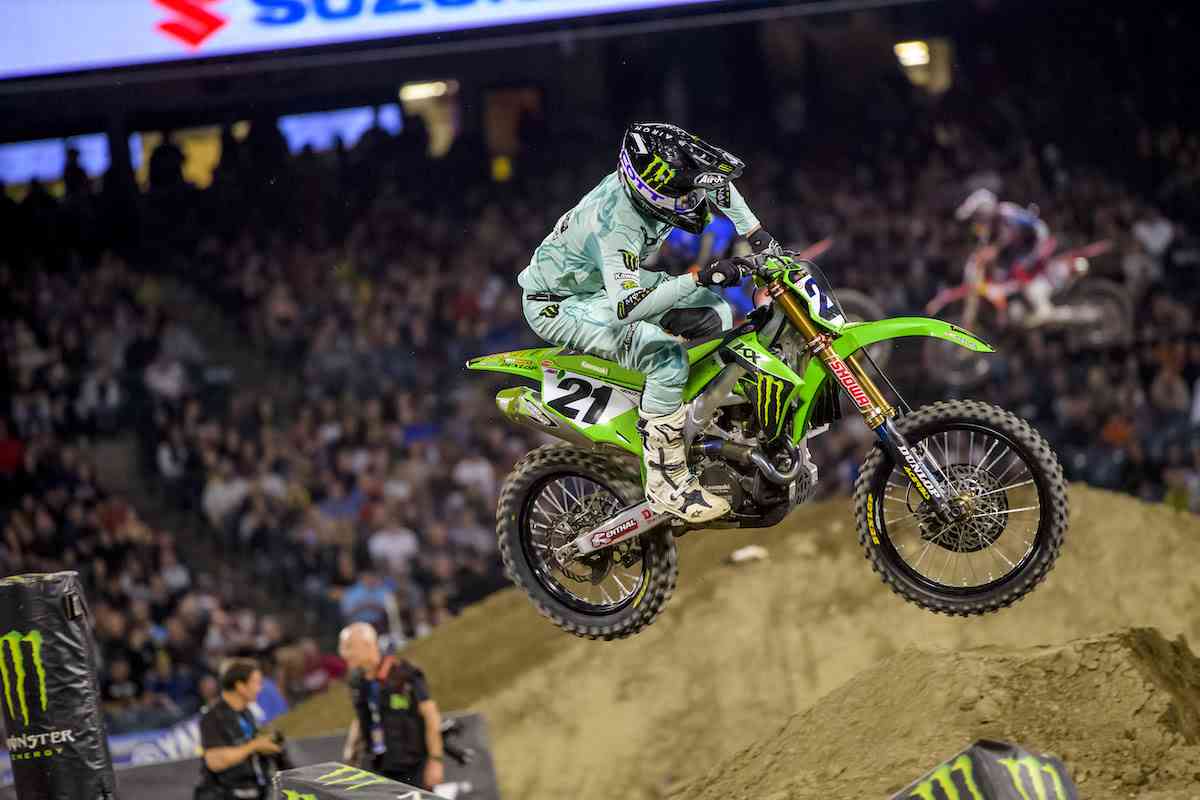 Foothill Ranch, Calif. (February 13, 2022) – Round 6 of Monster Energy Supercross returned to Angel Stadium of Anaheim for the final time this season where Monster Energy Kawasaki rider Jason Anderson claimed a decisive win over the the 450SX field leading start to finish. In the 250SX Class, Monster Energy/Pro Circuit/Kawasaki’s Jo Shimoda qualified second and was battling for the win in Heat 1 when an untimely crash forced a premature end to his night. Shimoda will receive further medical evaluation and additional updates will follow.

The third stop in Anaheim, California presented a new set of challenges for Monster Energy Kawasaki’s Anderson and his competition, as the venue hosted several notably demanding obstacles. While the extended section of sand moguls served as the most readily detectable challenge on the track, the real separator was sure to be the peaky set of 14 whoops that headed toward home plate. From the outset of practice, Anderson capitalized on his prowess in the whoops by quickly mastering the section and jockeying for position at the top of the leaderboard. Building in intensity as the track wore in, Anderson rivaled for the fastest lap each time he took to the track. When the 450SX qualification sessions concluded, Anderson earned Pole Position with a fastest lap time of 56.700.

In 450SX Heat 2, Anderson placed his KX™450SR out front right from the drop of the gate. Leading into the first turn and through the green flag lap, Anderson took control of the six minute plus one lap race from the front. Anderson eluded pressure from the competition by setting the fastest times of the race in the opening laps and quickly established a comfortable lead. With clear track ahead, the No.21 Kawasaki rider extended his gap to five seconds over the competition and secured a commanding heat race victory, his second of the season.

The start of the 450SX Main Event was a carbon copy of his heat race with Anderson grabbing the holeshot and out to an early lead with the current championship point leader in close pursuit. The battle for the lead position drew roars from the fans in Anaheim as an exceptionally high pace met with a particularly challenging racecourse. As the track deteriorated and the front two racers separated themselves from the rest of the field, Anderson proved his mettle with each progressing lap. The New Mexico native overcame the trying conditions to steadily stretch the distance between him and his closest competitors. 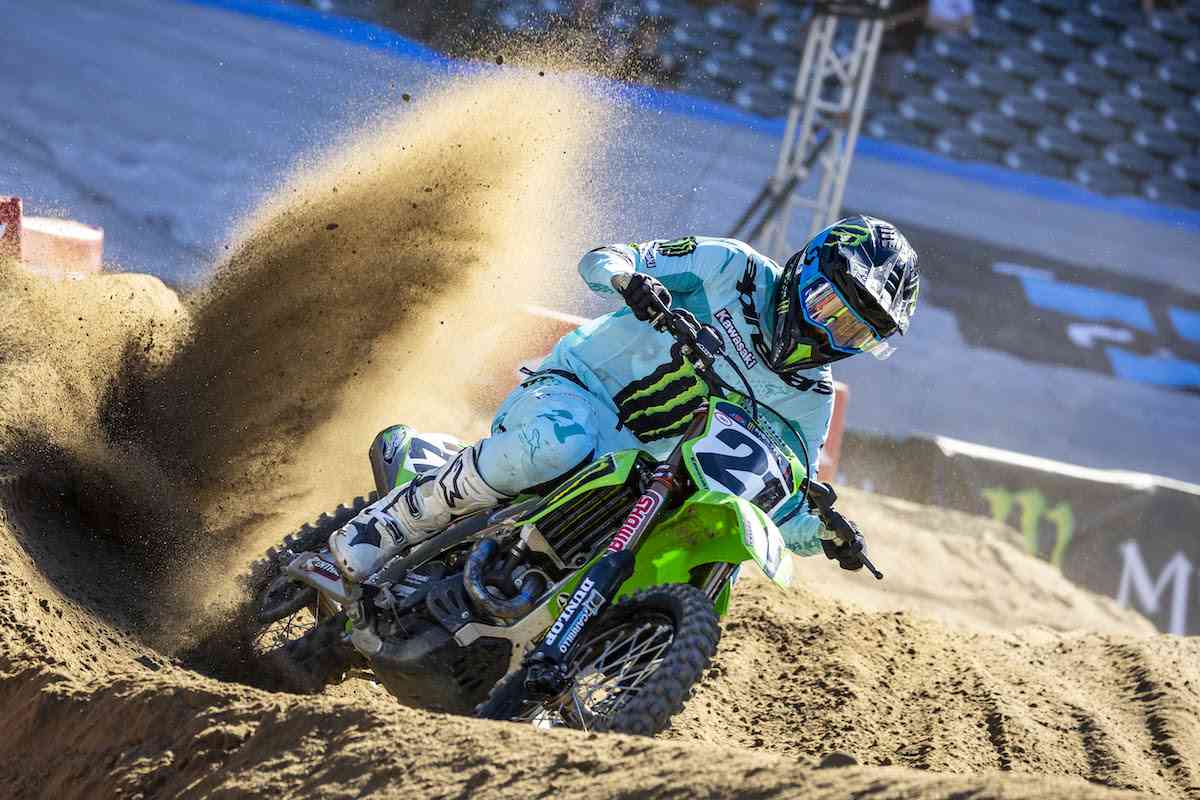 In the latter half of the race, faced with arguably the most treacherous whoop section so far in the 2022 Monster Energy Supercross season, Anderson built his lead to over five seconds. Anderson blitzed across the whoops nearly every lap on his KX450SR and displayed his ability to charge forward with precision through the technical rhythm lanes. When the checkered flag flew, Anderson relished the heat from the Monster Energy fire cannons, having claimed a decisive win in the 450SX Main Event. Anderson’s win at Anaheim 3 marks his second win of the season and moves him to second in the overall point standings.

“From the fastest qualifying time to leading every lap of the heat race and the Main Event, we had a great day. In the Main, I grabbed my second holeshot of the night and immediately had pressure from Eli [Tomac]. The track was demanding and our speed was fast so I knew it would be a tough race but, my KX450SR took everything I threw at it and battles like that are what supercross is all about. While it was tough for us on the track, I had a blast fighting for the win and it sounded like the fans were absolutely loving the race. All things considered; I think that was one of my best main events ever.” – Jason Anderson