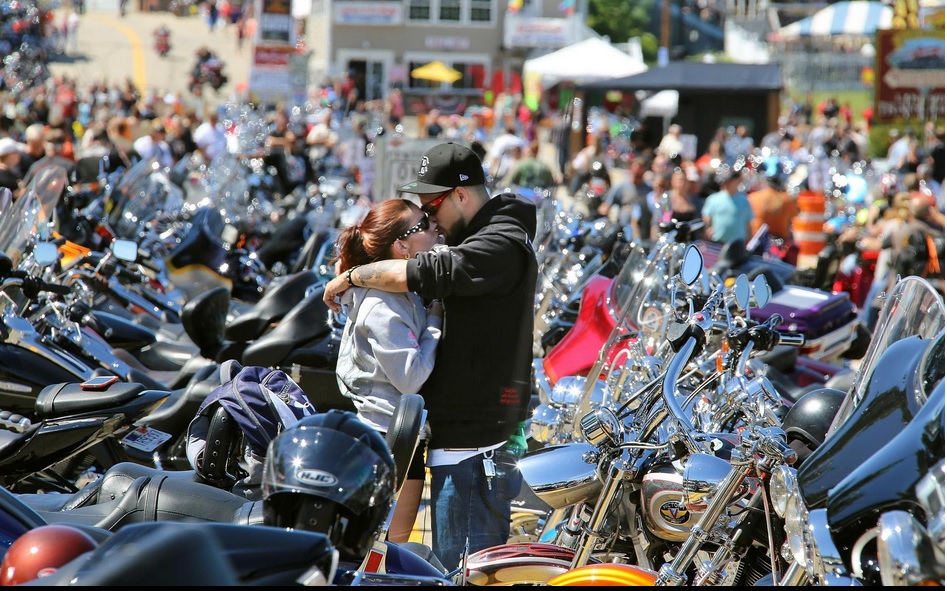 by Paula Tracy from https://www.seacoastonline.com

LACONIA – On Monday night, Laconia City Councilors will be asked to approve the 97th Progressive Laconia Motorcycle Week for Aug. 22-30 if it cannot be held June 13-21 due to the COVID-19 pandemic.

Charlie St. Clair, executive director for the Laconia Motorcycle Week Association, said he is hopeful the request will be approved.

“It’s too important an economic event for it to be canceled,” said St. Clair, who is also a Democratic state legislator.

He said if the rally is postponed until August and the pandemic is not greatly improved in summer, he would look to find a date and hold it into the fall.

“We would not expect the numbers to be what they normally are,” he said, estimating 300,000. “But who knows, maybe everyone will be chomping at the bit.”

Gov. Chris Sununu is in the driver’s seat ultimately. He is concerned about health and safety as well as the economic consequences. Sununu said this week he wants to hold out as long as possible before deciding. He has held out, as well, on closing or modifying the use of campgrounds, which many bike week enthusiasts rent out from across the country, along with hotels, motels and house rentals.

The visitors would require, gas, groceries, and restaurants, which currently allow for only take-out under the emergency orders due to the pandemic.

Sununu said he spoke with Laconia Mayor Andrew Hosmer and discussed the matter on Thursday.

Laconia Bike Week is the oldest and third largest motorcycle rally in the nation. The largest is in Sturgis, South Dakota, Aug. 7-16. The Sturgis City Council will vote June 15 on whether to hold the rally this year.

Lake George, New York, which holds a motorcycle event the week before Laconia Bike Week, has decided to push the event into July this year due to the coronavirus.

Enthusiasts annually come to the rally from across New England, the New York, New Jersey metro areas and Quebec and other parts of Canada. The border is closed until at least the end of May and if that is extended, that would be another setback for Bike Week in June, St. Clair observed.

Riders and enthusiasts come to socialize, see each other’s motorcycles, attend competitions, tour the various regions, attend concerts and outdoor parties. The epicenter is always Weirs Beach where the chrome lines up bike to bike along the boardwalk and there is a virtual tent city that pops up selling anything and everything a biker might want.

But the world has dramatically changed due to the pandemic, which has killed more than 50 and sickened more than 1,600 in New Hampshire alone.

The Laconia Motorcycle Week Association Board of Directors held a teleconference meeting March 26 and decided it would make the call to postpone no later than April 30.

St. Clair wrote to have the event would be “a huge boost for the morale of not just motorcycle enthusiasts but everyone in the region.

“Not only that, but we have also all been cooped up inside for well over a month,” he added. “What better way to tell the world we’re returning to normal when we hear the familiar June roar of motorcycles returning to Weirs Beach?”