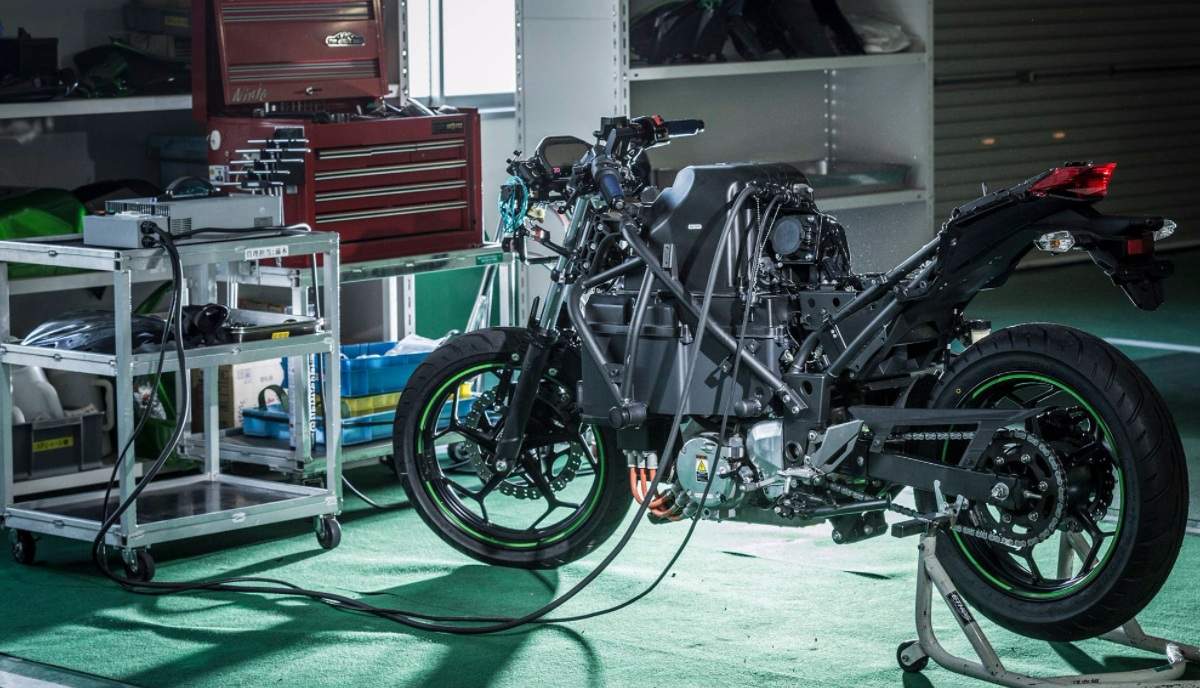 Yoshimoto Matsuda, Senior Manager, Innovation Department division at Kawasaki Heavy Industries Ltd. and his team have been working on the electric motorcycles since the 2000s.

Japanese premium motorcycle manufacturer Kawasaki is working on an electric motorcycle that is likely to come with the Ninja badge upon launch, reveals a media report.

Yoshimoto Matsuda, Senior Manager, Innovation Department division at Kawasaki Heavy Industries Ltd. and his team have been working on the electric motorcycles since the 2000s.

The motorcycle maker has teased a test mule in a video that looks like the upcoming electric Ninja. As Kawasaki hints, the electric motorcycle will be fun to control, exciting and it will reflect the passion of the brand.

The video hinted that Kawasaki is testing the electric powertrain on a 2017 Ninja 650. However, the details about this powertrain are not clear yet.

The media report quoted, Yoshimoto, who said, “We have been thoroughly studying and patenting features ranging from packaging and chassis geometry to transmissions and thumb brake activated energy recovery systems.”

The test mule hs a range of 100 km but the production model is likely to come with improved range. Speaking about the launch date of the electric Kawasaki Ninja, the motorcycle is likely to come sometime in early next decade.

On Tuesday, Kawasaki confirmed that the brand is joining the EV (electric vehicle) revolution by officially announcing that an electric motorcycle is on the way.

Following in the footsteps of Harley Davidson, Kawaski announced that an electric motorcycle — albeit it being a concept model — is currently in development.

In a video demonstrating the speed of the bike, the company’s Innovation Senior Manager Yoshimoto Matsuda stated that the motorcycle is equipped with a next-generation power unit which has been in the works since the turn of the century.

Like their engine powered bikes, the electric iteration has been designed in accordance with the company’s Rideology philosophy which means that it will be fun to ride.

Of the few specs revealed by the company, it has been confirmed that the motorcycle will have a manual transmission, “performance on par with a mid-size displacement model,” and a 100km range.

Matsuda stated that Kawasaki has been busy patenting technologies for electric bikes over the years like a thumb brake-activated energy recovery system, but he did not confirm whether such components will be present on the concept or not.

In any case, this concept basically functions as a preliminary version of upcoming production models which will doubtlessly incorporate some of these elements.

After years and years of development, Kawasaki only revealed that their electric motorcycle will be unveiled in the near future.