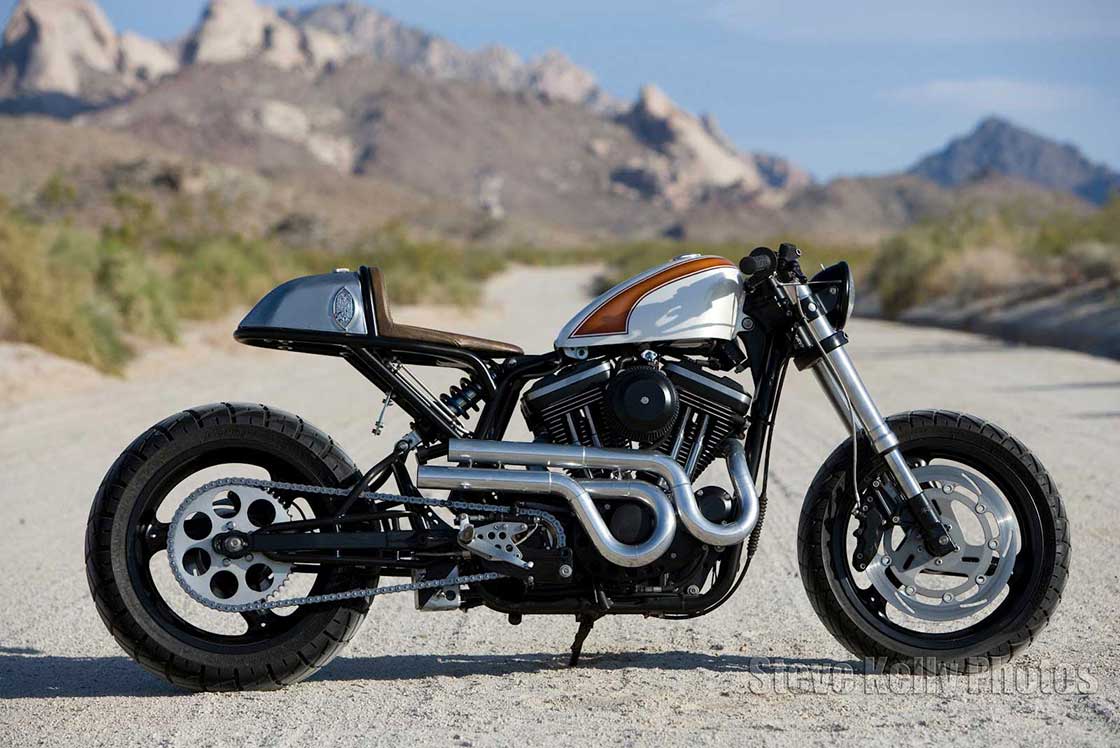 If Frankenstein’s monster was a one-off motorcycle, this would be it.

When seeking to create a stunning one-off cafe racer, the Harley-Davidson Sportster appears to be among many a workshop’s favorite picks (weirdly enough). Take, for instance, a 1999 model in HD’s feral Sportster 1200 range. This bad boy is put in motion by a malicious Evolution V-twin powerplant that prides itself with a gargantuan displacement of 1,200cc.

At around 5,500 revs, the air-cooled colossus is fully capable of producing up to 61 hp, while a brutal torque output of 65 pound-feet (88 Nm) will be supplied at 4,000 rpm. A five-speed transmission enables the engine’s monstrous power to reach the reach 16-inch wheel by means of a belt final drive, leading to a respectable top speed of 100 mph (160 kph).

Now, let’s take a second to drool over a bespoke ‘99 Sportster 1200 that manages to look just about as rugged as it gets. This tasty piece of two-wheeled machinery was nicknamed Mulato, and it hails from California’s Brawny Built – a revered workshop located in Long Beach. The project was completed back in 2012, over the course of three painstaking months.

The moto gurus kicked things off by treating the Sportster’s Evolution mill to a Screamin’ Eagle’s camshaft module, which improves the bike’s acceleration by adding a healthy dose of vicious twisting force at low rpm. Additionally, you will also find an Eagle’s top-grade air filter and an ominous two-into-two exhaust system that curls to form a pair of menacing loops.

At the rear, we notice a fresh subframe unit supporting an aftermarket leather saddle from Azteka Customs and a one-off tail section, which doubles up as an oil tank. Furthermore, Brawny removed the standard dual shocks to make room for a single shock absorber, sourced from a Honda CBR900. Up front, the bike’s new forks, triple clamp and 17-inch wheel were transplanted from one of Buell’s titans.

Last but not least, the finishing touches consist of clip-on handlebars, a custom headlight item and rear-mounted foot pegs. Unfortunately, there is no available information on pricing for this surreal conversion.

Now, to call it outlandish would be an understatement!