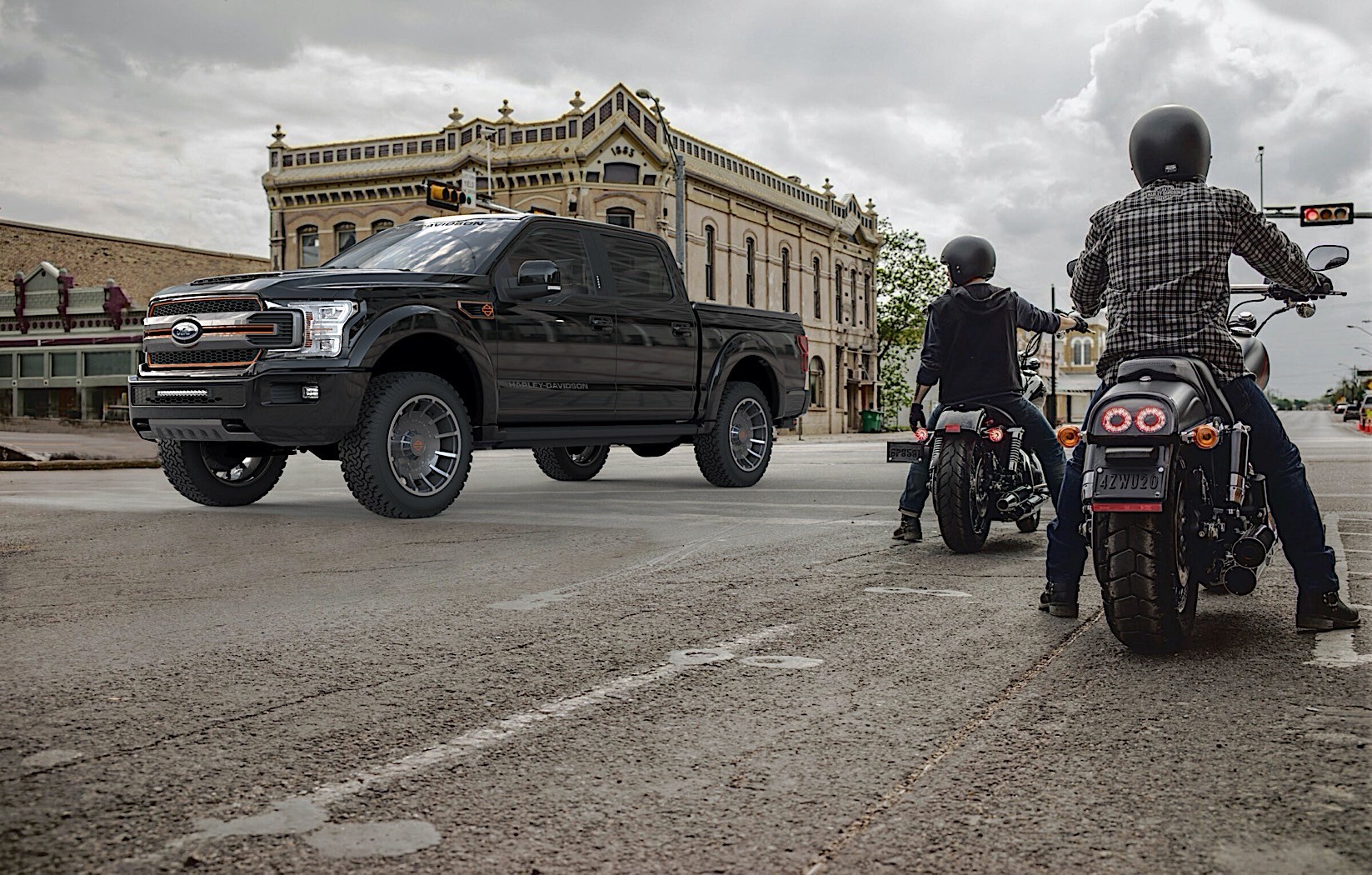 At the turn of the millennium, Ford introduced a special version of the F-150 dedicated to another American icon, Harley-Davidson. Called Harley-Davidson Edition, the run of special pickup trucks lasted from 2000 to 2011, and most of them are still around today, selling for big bucks at auctions across the U.S.

But there’s another breed of Harley-Davidson flavored trucks presently on the market, much newer and even more hardcore than what Ford itself made before. And they all come from a company called Tuscany Motor.

The American customizer has been around since the end of the 1980s, and has grown since in a behemoth specialty vehicle manufacturer with a soft spot for making GM and Ford trucks really stand out from the crowd.

Tuscany’s Harley-Davidson line now includes three trucks, two from the Blue Oval and one from rival GMC. And all three of them are like nothing you can see on the road today.

Tuscany says all “were created to give motorcycle enthusiasts the opportunity to once again enjoy classic Harley-Davidson design cues in the top-selling vehicles in America.” To meet that goal, a lot of modifications had to be made, mostly visual, for both the exterior and the interior.

Usually, the exterior elements on the trucks that are inspired by the American bike builder are the special front grille, the wheels (that come on all models as Fat Boy-style milled aluminum pieces), the exhaust, the fender vents, and the tailgate applique. In all cases, orange is used throughout the builds, but the most impressive piece of visual tuning is the huge Harley-Davidson logo and shield imprinted on the tonneau cover.

On the interior, the presence of the bike maker can be seen on the leather seat covers, the gauges, the pedals, the floor mats, and the door entry sills.

As said, there are presently three pickup trucks with H-D DNA: the Ford F-150, Ford F-250, and the GMC Sierra 1500. All will be build in limited numbers, and can be ordered from this link.