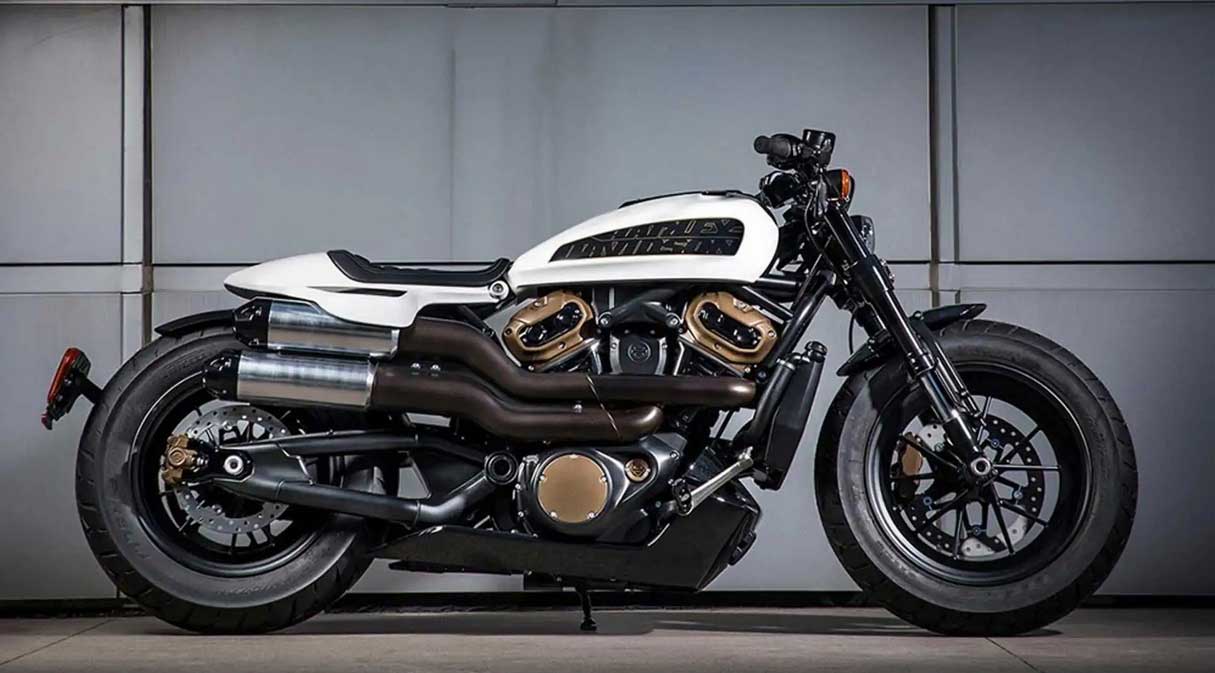 The Harley website’s Future Models section has been a revolving door since the brand announced its ambitious plans in July 2018. Since that momentous Annual Dealer Meeting, the Motor Company intermittently teased the Pan America, Bronx, and Custom 1250, keeping customers curious as they further developed the platforms.

With Jochen Zeits taking the reins from Matt Levatich in 2020, many believed the Bar and Shield would scrap its future models and fully return to cruiser-style motorcycles. Like most speculation, half was true (Harley shelved the Bronx indefinitely) and half wasn’t (the Pan America is moving forward). Most recently, the brand added its Custom 1250 prototype back to the Future Models page, paving the way for the concept to finally become a production model.

While Harley officially labels the bike as its Future High-Performance Custom Model, most believe the custom could fill the Sportster’s slot in the company’s lineup. With the long-in-the-tooth model failing to meet Euro5 emissions standards, the MoCo isn’t able to serve a sizeable portion of its customer base. Though the Sportster’s throwback style contributes to its popularity, performance-oriented models like the Indian Scout, Yamaha Bolt, and the new Honda Rebel 1100 are pushing the segment forward.

To meet its competitors, the Custom 1250 would share the same 1250cc 60-degree Revolution Max V-twin powering the new Pan America. Whether the cruiser-styled model will also achieve the Pan America’s claimed 145 horsepower and 90 lb-ft of torque is yet to be confirmed. What looks more certain, however, is that the Sportster’s broad customization possibilities will make it to the new platform.

Of course, the website adds a caveat in fine print: All future models shown may not be available in all markets. Thanks to Harley’s new distribution deal with Hero MotoCorp, we doubt the Custom 1250 will ever see Indian shores. In all honesty, we’ll have to wait for an official Harley release to confirm that the Custom 1250 will even make it to dealer showrooms in 2021, but it’s nice to see it out of the concept waste bin for now.