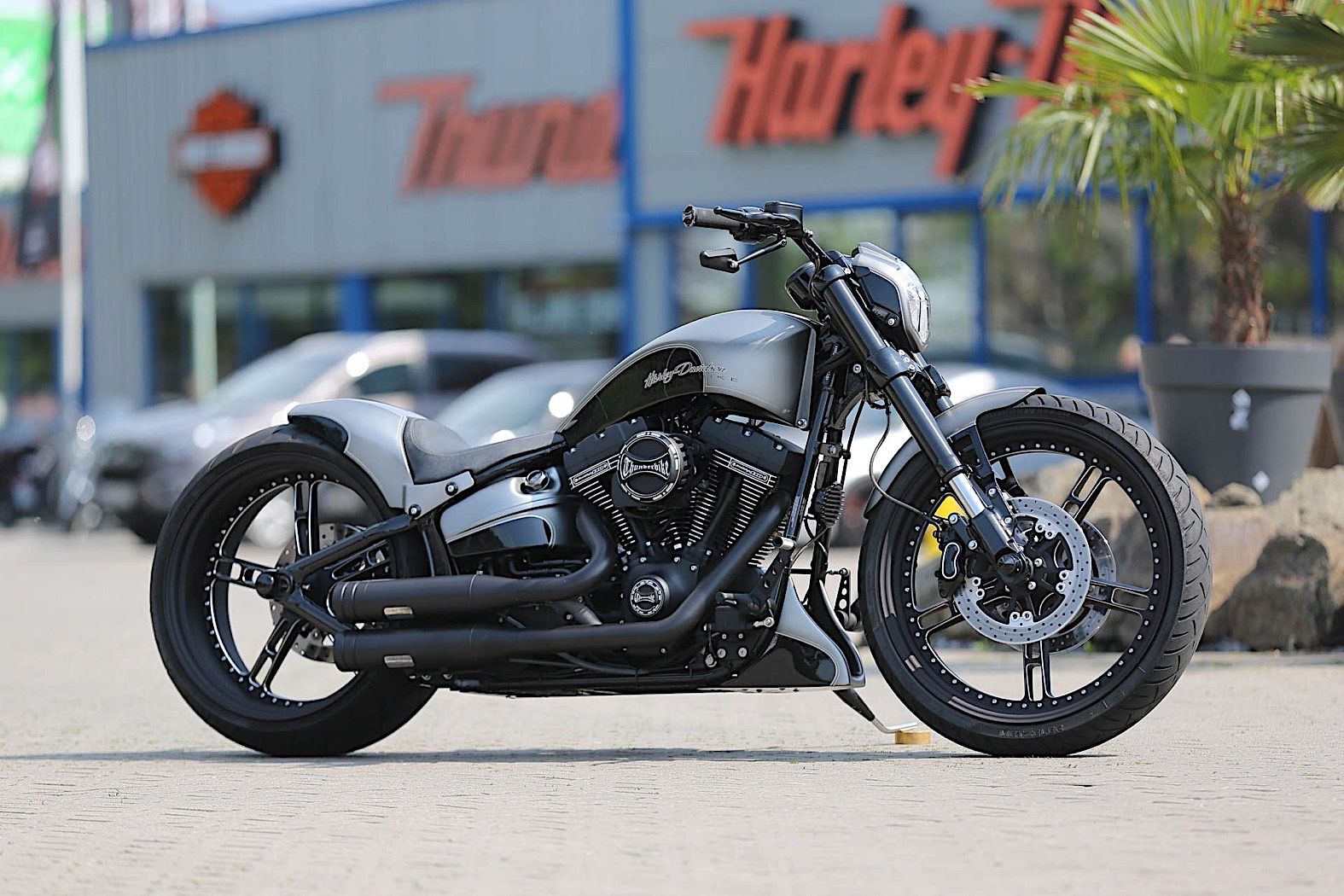 There are few custom motorcycle garages out there that have created so many projects that they can split them into series. The Germans from Thunderbike are one of those garages, as we’ve kept telling you for the past month or so.

With so many custom motorcycles in Thunderbike’s portfolio – all either Harley-based, or built on a custom frame but powered by a Harley engine – we’ll probably keep talking about them for the rest of June, which here at autoevolution is Two-Wheeler Month.

For today we chose the Torqpedo, a Softail Breakout-based build that is part of the garage’s Racer Series, alongside the TB-R1, and it is described as being the receiver of the full package of custom parts available in Thunderbike’s portfolio.

That means most of the elements on the Torqpedo, from the toppers to the suspension, are of custom design, and were made by either Thunderbike itself, or by third party partners like Dr. Jekill & Mr. Hyde in the case of the exhaust system, or Ingo Kruse when it comes to the paint.

The entire construction of the bike’s body sets it miles apart from the original Breakout, but perhaps the biggest contribution to that distinct look are the huge wheels, with the front one from a collection called Vegas and sized at 23 inches. What’s more, a pulley brake system was fitted so that the view of the wheels is not obstructed by other elements.

With the tank and the tail designed according to the garage to “form an unmistakable racer line,” the Torqpedo is an older project of the shop, but one that like most others shows how much potential Harley motorcycles have when it comes to customization options.

You can see all the modifications made to it in the detailed photos attached in the gallery above. The full list of custom parts used can be found at this link.