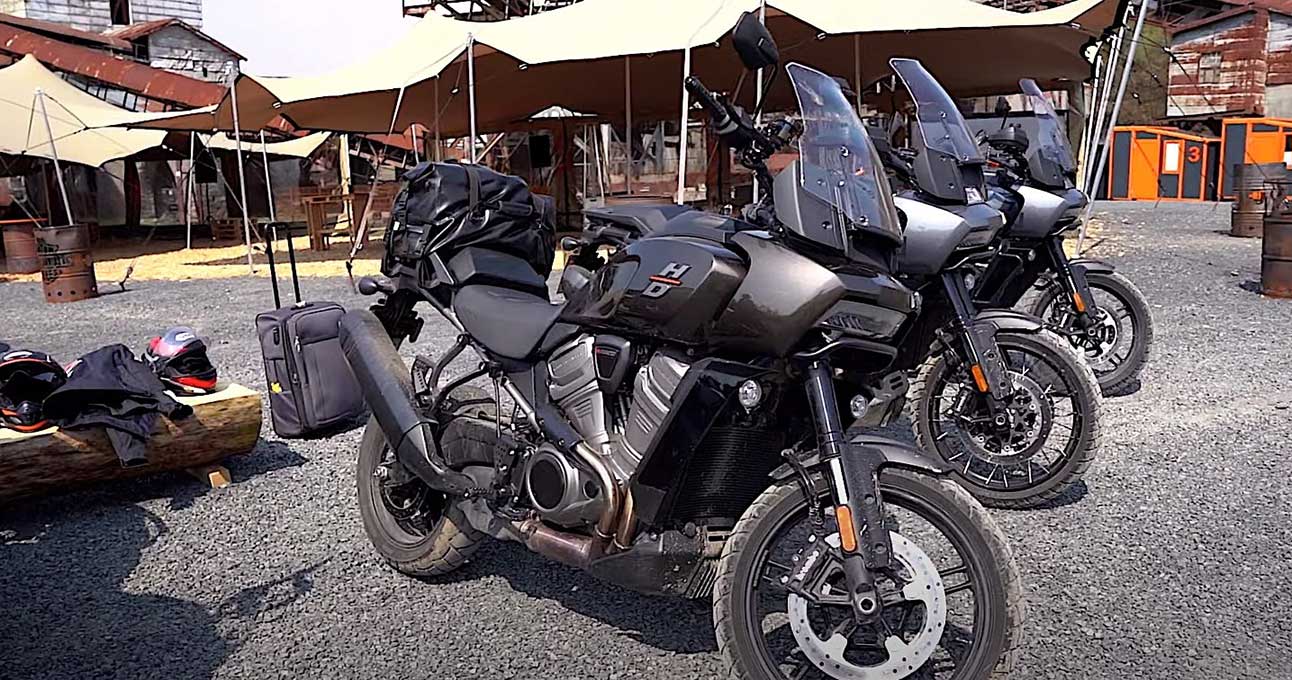 The Pan America is not like any Harley-Davidson we know. At least, that’s the plan, as one of America’s iconic bike makers is venturing for the first time in a segment it felt uncomfortable in for a very long time.

Unveiled back in February as Harley’s first true offering for the adventure bike customers, the Pan America is already being assembled in York, Pennsylvania. Earlier this month, it even got out in the world, being shown in Dallas, Texas, as part of the Pan America Motorcycle Demo Tour Harley is planning on running all year long (FYI, the tour ends in November at Howling At The Moon in Prescott, Arizona).

Sadly, such an experience is presently only available for Harley partners, including some outside of the U.S. Luckily, thanks to the miracle that is the internet, we can get a taste of what the Pan America is all about through someone else’s eyes.

The most recent endurance test of the Pan America took place in Europe, in the Westerwald region of Germany. On deck for the test were two of German dealer Thunderbike’s people, Stefan Hutmacher and Thomas Emky, who posted a video online giving us a taste of how the three-hour run through the woods and elsewhere went.

Before they got on location, though, these guys got to test ride the motorcycle on the road, and they did so using a stretch of the famous German Autobahn. That’s where we’re told the two-wheeler hit 140 mph (226 kph) for a brief moment, a bit higher than what Harley was estimating the Pan America was capable of reaching.

You can have a glimpse of that in the video attached below (1:30 mark). We say a glimpse because, for some reason, the video does not show the exact moment that happens—that is why we were only able to snatch a shot of the bike’s screen showing 223 kph (139 kph).

Below is the full 7-minute video showing a bunch of Pan Americas having fun in the wild. It’s in German but comes with English subtitles for all of us to enjoy. A full review of the Pan America during the Thunderbike ride test can be found at this link.