Harley-Davidson Mugello Was Not Bred for Racing, Would Look Great on the Track 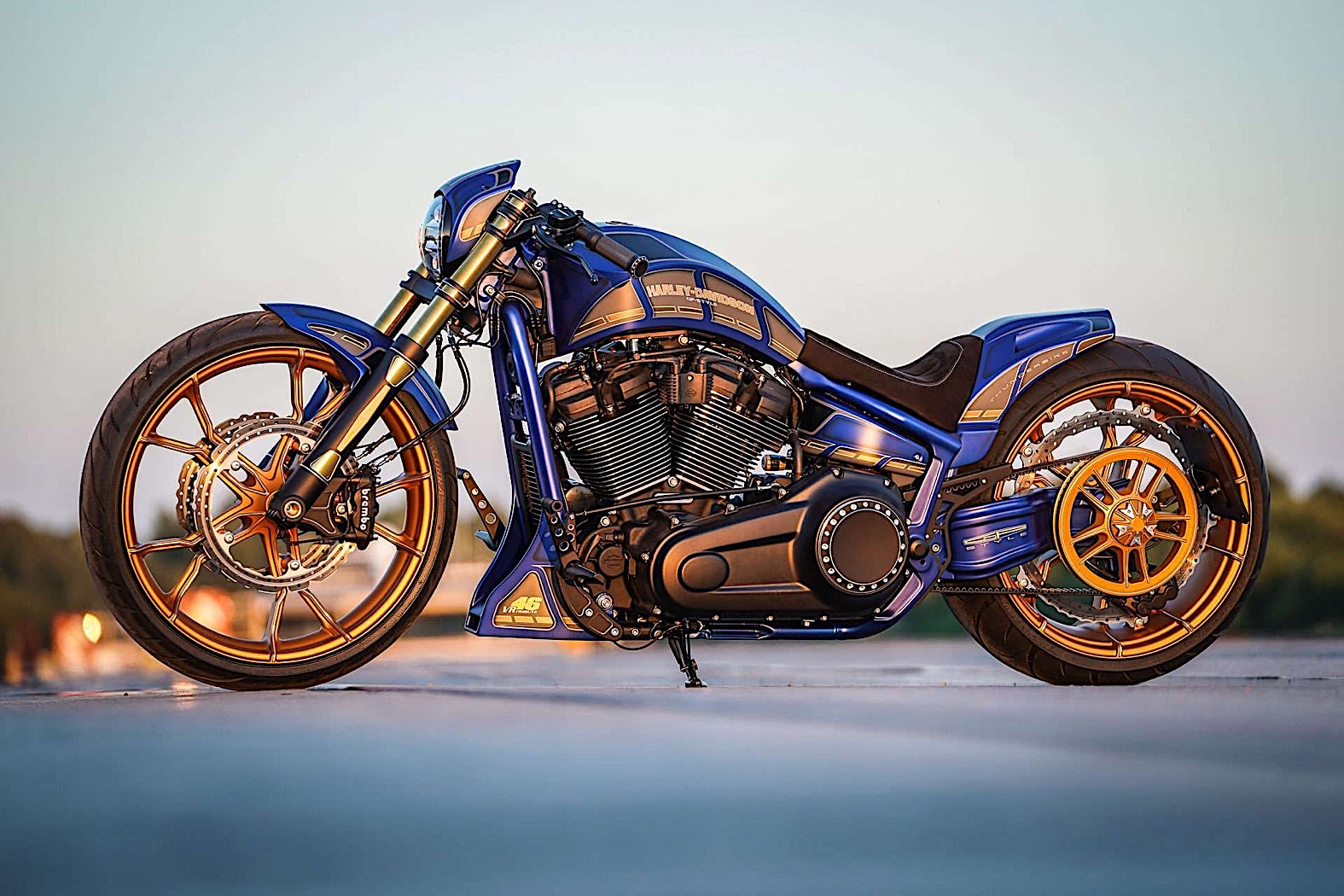 Being the point of origin for some of the most impressive cars and motorcycles in the world, Italy has its share of famous race tracks. The Mugello Circuit (officially called Autodromo Internazionale del Mugello) is one of them.

It is there where races from the Deutsche Tourenwagen Masters (DTM) were once held, and it is there where each year the greats in motorbike racing gather for the usual MotoGP leg. Owned by Ferrari, the circuit is also the main testing facility for the Scuderia’s Formula 1 cars.

As far as we know, what the Mugello circuit has not seen is a Harley-Davidson motorcycle doing a run there. And it probably never will, even if builds such as the one in the gallery above would look great under the clear skies of Tuscany.

We opened with a bit of info about the Mugello track because this is the name German custom shop Thunderbike bestowed one of their Harley-Davidson Breakout creations. Named so in honor of the Italian circuit, it is part of a larger collection of bikes that also includes the Laguna Seca and Silverstone.

From the derby cover to the exhaust system and large wheels (21 and 23 inches), a total of 25 custom parts were fitted on it, and all wrapped in a special paint scheme wearing the signature of Ingo Kruse, Thunderbike’s favorite partner in this field.

The bike is not for sale, and it will probably never be raced on a track, any track, but it would still look great, maybe accompanied by some other Harleys, in such a surrounding.