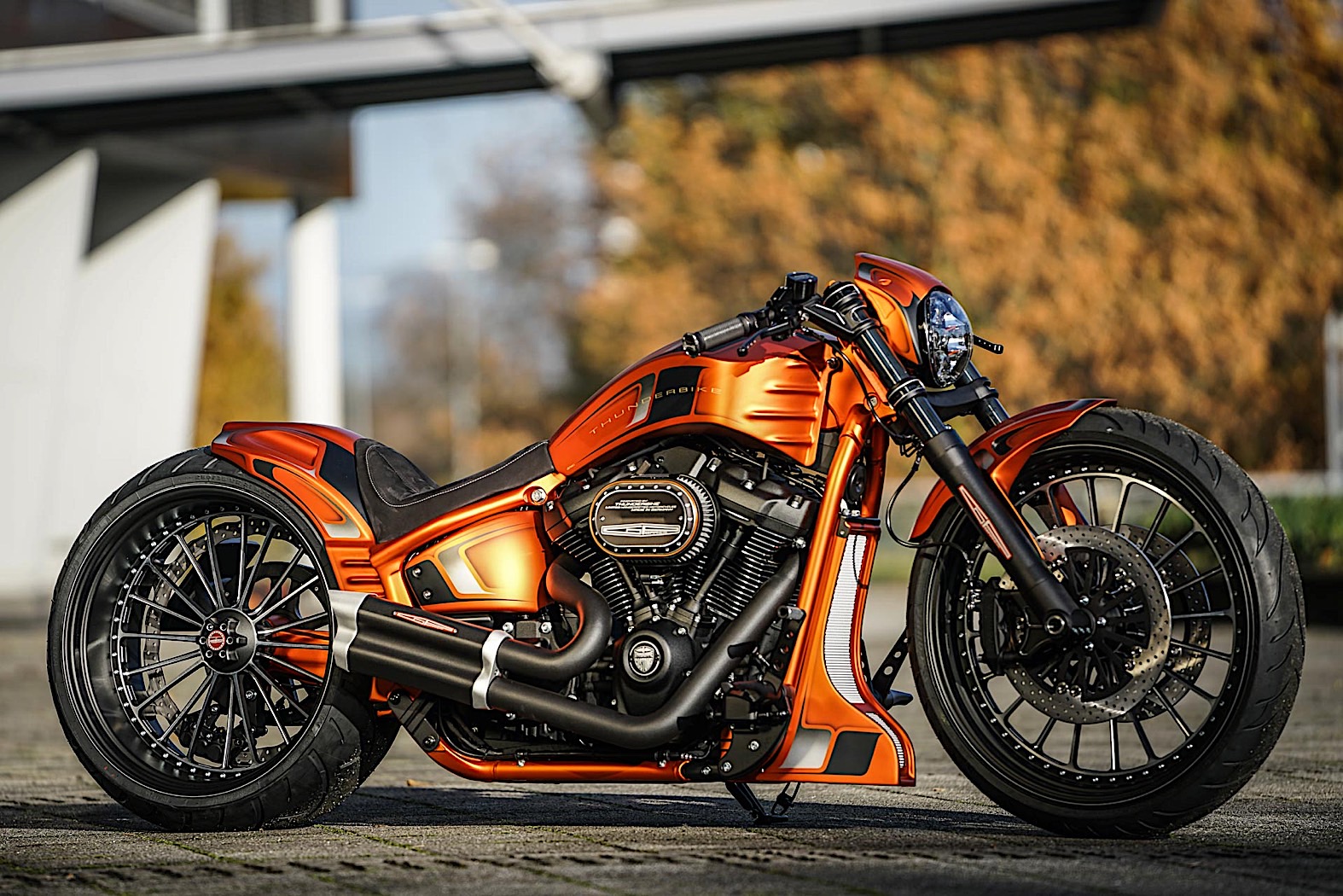 “Probably the most radical Softail who saw the light of day” – this is how the Germans from Thunderbike describe one of their builds from two years ago. And just by looking at the two-wheeler, you can tell they’re not far from it.

Thunderbike has been in the business of customizing Harleys for more than two decades now. The shop seems to be determined to break some record or something, as they now have in their portfolio several hundred bikes customized in one way or another.

For its work, Thunderbike uses both stock Harleys, which it modifies, or custom frames built in-house, which they generally gift with Harley hardware.

The one in the gallery above is called GP-Style, and it is somehow related to the Grand Prix we talked about earlier this week – that bike, in turn, is an evolution of another build by Thunderbike, the Outerlimit.

The GP-Style was completed back in 2018, and believed it or not, it used to be a stock Harley-Davidson Breakout from that year. According to the shop, “except for the last screw, the Breakout was disassembled; frames and attachments scanned and were taken as a base for our new parts.” And that shows, as this is nothing like what the American bike maker lets loose in Milwaukee.

The motorcycle comes with more custom parts that we can count. The wheels – both sized 21-inches – are from the Digger series and come with many spokes – that allowed for the installation of a “huge” perimeter brake from Brembo.

The engine is a Milwaukee Eight 114 from the Breakout series, sitting inside a custom frame drawing its fuel from a Thunderbike tank. The entire frame, so different from what Softails are over at Harley, rides on an air suspension system.

As usual, Thunderbike does not say how much the entire conversion cost. If you have the stomach for it, you can head over to the shop’s website, where most of the parts used on this are listed and available for others to purchase, and get an idea.