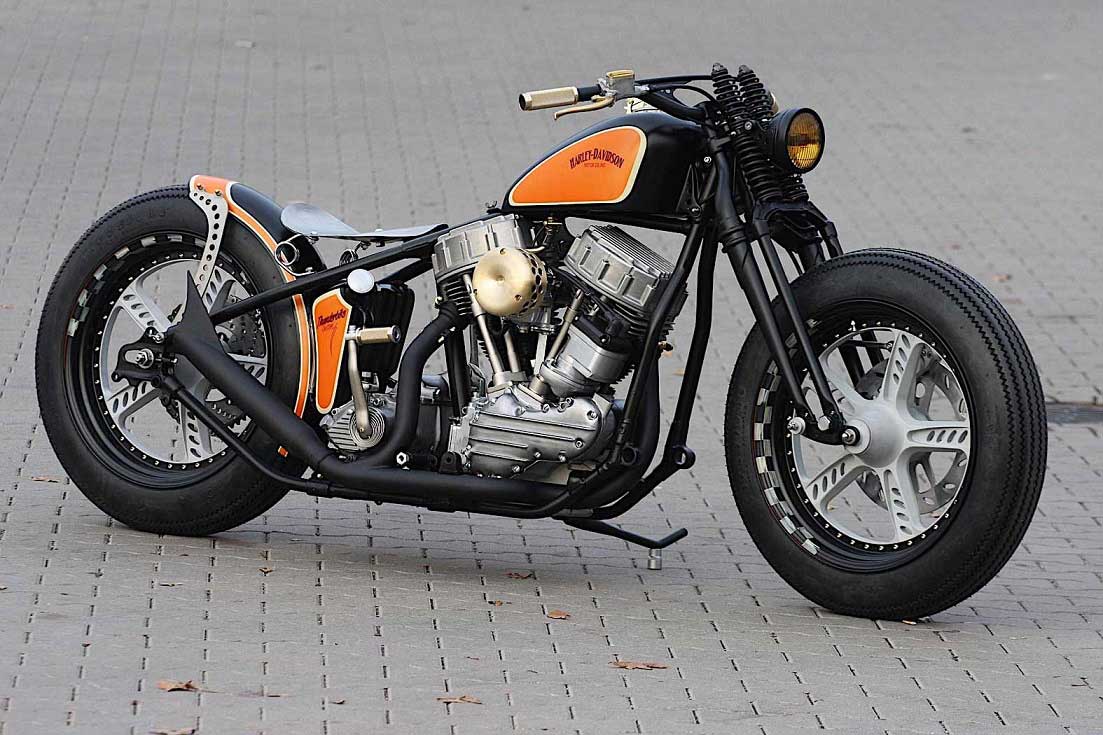 Almost two decades ago, Discovery Channel started airing a show called “American Chopper.” It was the story of Orange County Choppers, and how the two Teutuls managed to get incredible two-wheelers done while going at each other’s throats. It was fun, it was exciting, and it was sad. And then it ended.

The show was made possible thanks to the existence of a large number of custom motorcycle garages in the States, and the incredible builds they make. Other regions are less appealing for networks in this respect, because there’s not much going on there, and that’s why we don’t have, for instance, a British Chopper show.

But there could be a German one. For the past 20-something years, a group called Thunderbike has been breaking norms and turning heads there. The garage has created literally hundreds of projects either based on stock Harley-Davidson motorcycles, or on custom frames made in-house, powered by and fitted with Harley hardware.

Thunderbike’s portfolio is so vast we’ve been talking about it all year, and we are not even close to the finish line. That means that we’re not only covering the shop’s most recent builds, but also much older ones. Why? Because there’s no Discovery Channel show about them, and this is the only way to bring them into the spotlight they deserve.

Today’s menu is all about a 1951 Panhead. Dubbed Flying Pan by its makers, it was completed in 2010 as the last in the Thunderbike portfolio to have “once sailed across the pond,” and is part of the shop’s vintage family of motorcycles.

Sporting the ‘51 engine, the Flying Pan comes with tons of purpose built parts: the handlebar, grips, footrests, fuel tank, oil tank, rear fender (there’s none up front), all and more have been made specifically for this project. The motorcycle rides on equally-sized wheels (18-inch) wrapped in Firestone rubber.

As for the mechanical bits, the Panhead is aided in its mission by S&S hardware (carburetor and intake), and a custom Thunderbike exhaust.

Sadly, we have no info on how much this build cost to make, nor do we have any idea what happened to it after being completed a decade ago.