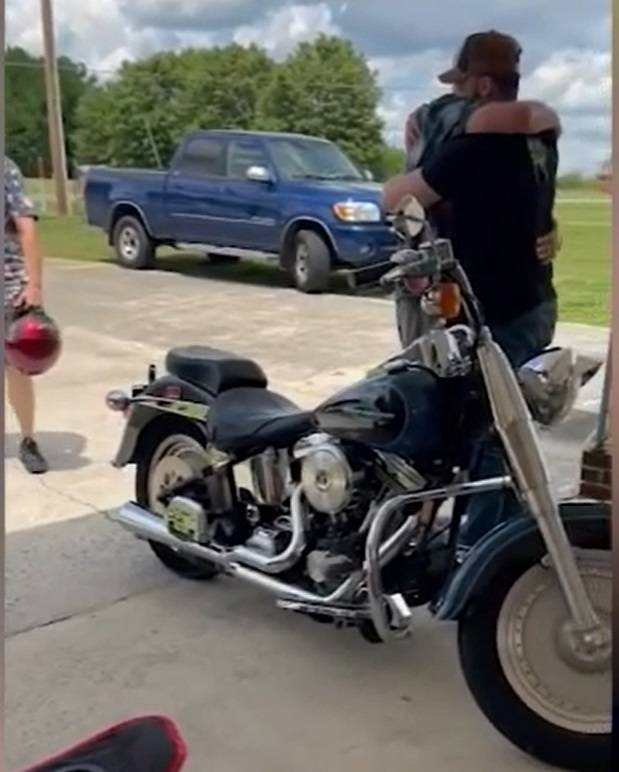 by Laura Browne from https://abc11.com/

Family tracks down late Person County deputy’s motorcycle, surprises his son with it

This special bike belonged to late Person County deputy Mike Currier, who died from an illness in December 2021.

Currier used to take his son Austin on rides on his Harley-Davidson Fat Boy before he was forced to sell it during the difficult financial times of 2008.

During the years that passed, the motorcycle came into the possession of several different owners until it was purchased by Currier’s good friend John Walker.

During Currier’s hospitalization, Walker worked to track down the bike’s whereabouts with plans to surprise his friend upon his discharge from the hospital.

Though Currier died, his motorcycle would not stay lost to his family.

Currier’s family pitched in together to buy the long-lost bike back from Walker to surprise Currier’s son Austin, who just bought a new home.

Tears of joy fell as the Harley-Davidson, an unforgettable housewarming gift, pulled into Austin’s driveway, finally making its way home.