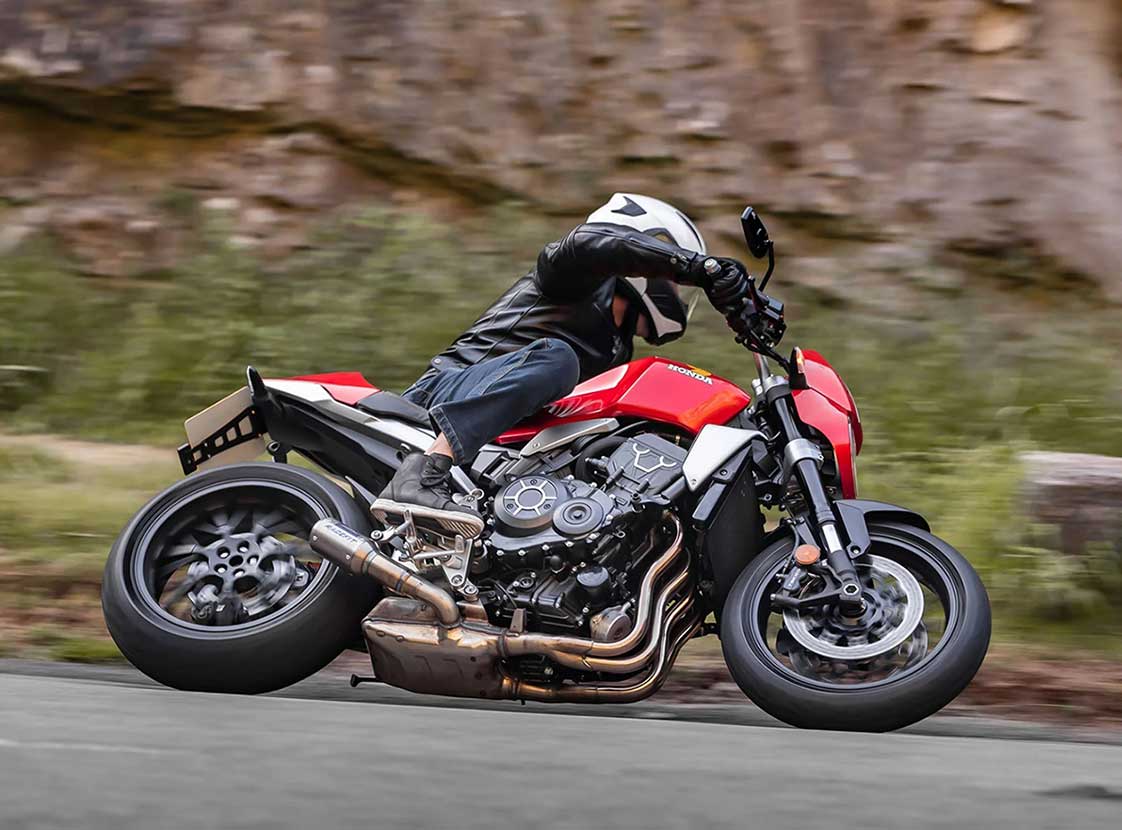 Honda has opened the order books for the CB1000R 5Four, a performance-focused café racer bike inspired by the CB1000RS 5Four built by Guy Willison. The Japanese company teamed up with the builder for this limited-edition model, and it blends café racer styling with a factory-backed warranty.

Honda’s flagship naked motorcycle received an update for the 2021 model year, and that was selected as the base for the CB1000R 5Four. Work started with the front, which received a cowl for the front headlight. The handlebar received a set of LSL dog-leg brake and clutch levers, as well as a set of mirrors.

The gas tank has a hand-painted Honda logo, and the seat is hand-stitched in a diamond pattern, while the rear of the seat has the 5Four logo laser etched on it. The tail of this bike is also custom, as it has a slimmer LED rear light, while the license plate mount was moved up to allow a better view of the rear wheel.

Customers will also get a titanium Growler-X exhaust from Racefit, which is supposed to only be used on the track. It comes with laser-etched 5Four and Racefit logos. It sounds nice, as you can observe in the video embedded below.

Naturally, the bike had to get custom paintwork. In this case, we are writing about a candy red main color, along with blue and pearl white accents. The three colors are an inspiration from Honda’s racing efforts. Customers will also be able to order Guy Willison’s signature painted on the rear fender, right next to the seat.

Each bike will get a signed certificate of authenticity. Honda will only sell this bike through its dealer network in the UK. However, most of the components will have a part number on them, so a few e-mails to Honda dealers could help you order just enough parts to turn your CB1000R into a replica of this bike, or just a custom version to better suit your preference.

The 2021 Honda CB1000R 5Four is priced at GBP 16,954 ($23,612), which is not that much for a limited-edition custom motorcycle. Even if all examples will have the same features, they will still be numbered and come with a certificate of authenticity, so the resale value should exceed that of the base model, the 2021 CB1000R, as the years go by.