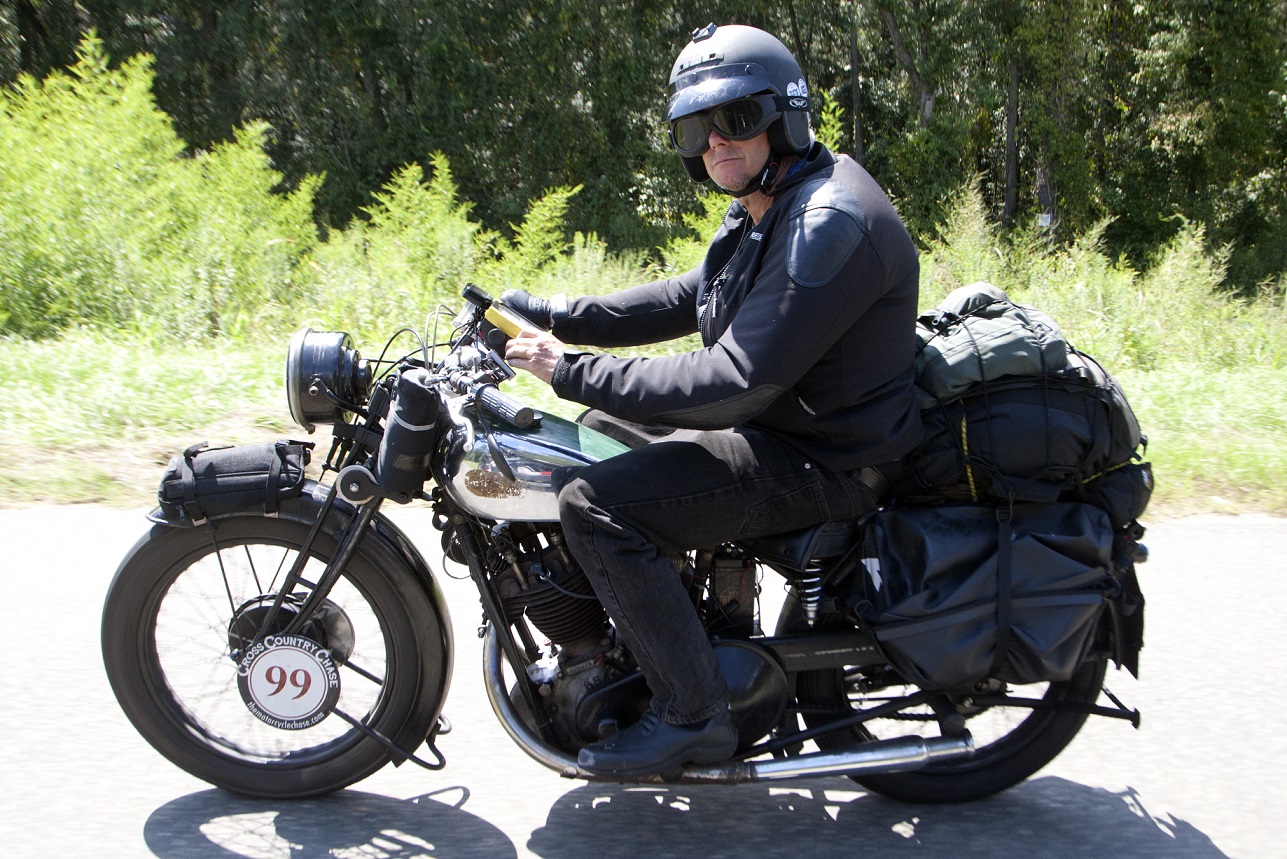 Stage 7 turned out to be one of the better days for the sweep crew since the trailer only carried three bikes into the Harley-Davidson of Tallahassee dealership at the end of the day. After a tasty dinner hosted by the dealership, our gracious hosts opened up their service department and allowed riders to wrench on every available lift and the grateful jockeys took full advantage of the opportunity. From oil changes to rewiring, bikes were getting their jockey’s full attention. While breakdowns may be fewer, wrenching is definitely not ignored as riders fight to keep their machines off the trailer and on schedule.

Though Todd Cameron, #99, still holds first place, the top five ranks have been juggled to now include a BSA, two Harley-Davidsons, a Triumph and a Henderson. And one woman rider! But we’re not going to jinx her. Instead, we’ll point out that this Grandma is steadily gaining rank and scoring well on the daily quizzes.

As riders left the Canadian border 7 days ago, they started out with 44 Harley-Davidsons, 15 Indians, 3 BSAs, 3 Triumphs and one each Velocette, Nimbus, Norton and a Zundapp. As of tonight, there have been 10 drop outs for various reasons, including health.

Weather is a concern now as the group crossed into Florida today with another weather pattern forming out at sea that may bring heavy rain and winds as riders make their way to the Florida Keys.