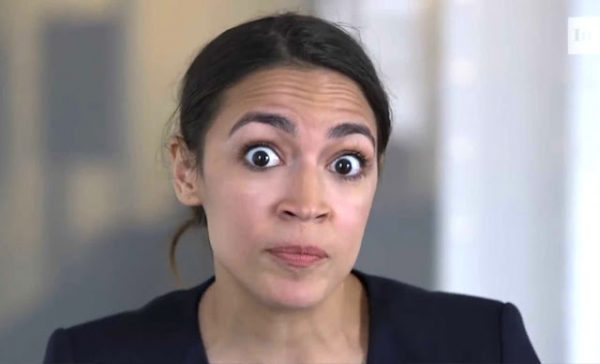 WASHINGTON — California’s top environmental regulator is threatening to enact tougher pollution rules that could include a ban on vehicles that burn petroleum-based fuels in retaliation for the Trump administration’s plan to relax vehicle emission standards.

The move — which would be a first in the U.S. — marks an escalation in the clash between Washington and Sacramento that would increase uncertainty for carmakers in the nation’s biggest auto market.

California has already gone to court to fight the Trump administration’s determination that current vehicle emission and fuel economy standards are too stringent. Now, California Air Resources Board Chairman Mary Nichols is arguing that the state will match any relaxation of federal auto rules with its own more stringent anti-pollution requirements on everything from fuel to the refineries producing it.

“CARB will be exploring ways to ensure communities get the reductions of air pollution they so desperately need to keep the air clean and breathable — and continue to fight climate change,” Nichols said in draft remarks prepared for an event Thursday.

“That might mean, for example, tougher requirements for low-carbon fuels, looking at tighter health-protective regulations on California refineries, doubling down on our enforcement efforts on mobile and stationary sources — and might lead to an outright ban on internal combustion engines.”

Nichols was set to deliver the remarks during a meeting with California air quality and transportation agencies. Representatives of the U.S. Environmental Protection Agency did not immediately respond to an emailed request seeking comment.

The administration in February terminated months of talks between federal regulators and California officials to maintain a common standard. Automakers had urged the two sides to reach an agreement to avert a prolonged legal battle with California, which has unique authority to establish its own emissions rules.

The fight has already caused uncertainty for the auto industry, threatening to undermine business plans heavily reliant on predictability. A prolonged court battle over mileage mandates could upend technology development and investment plans for the U.S., even as European countries press on with tougher requirements.

But Nichols’ comments show increasing peril for other industries too, particularly oil refineries. California already encourages zero-emission vehicles and legislation proposed in the state last year would mandate them by 2040. An outright ban on new vehicles powered by liquid, oil-based fuels would be unprecedented in the U.S.

Britain, China, India and other nations have announced their own plans to phase out conventional vehicles with internal combustion engines.

Even without that step in California, refiners could be hit with tougher limits on pollution at their facilities and more stringent fuel requirements.

Nichols casts the moves as a possible necessary step to offset additional air pollution that could be unleashed by Trump easing auto standards.

“The federal rule will pump hundreds of millions of tons of climate-changing gases into the atmosphere, and will increase the amount of smog-forming pollution in our most polluted cities,” Nichols says in her prepared remarks. “Steps may be needed to keep moving forward to fight climate change and continue to protect public health if it ever goes into effect.”