BMW Could Be Building Electric Motorcycles In Five Years 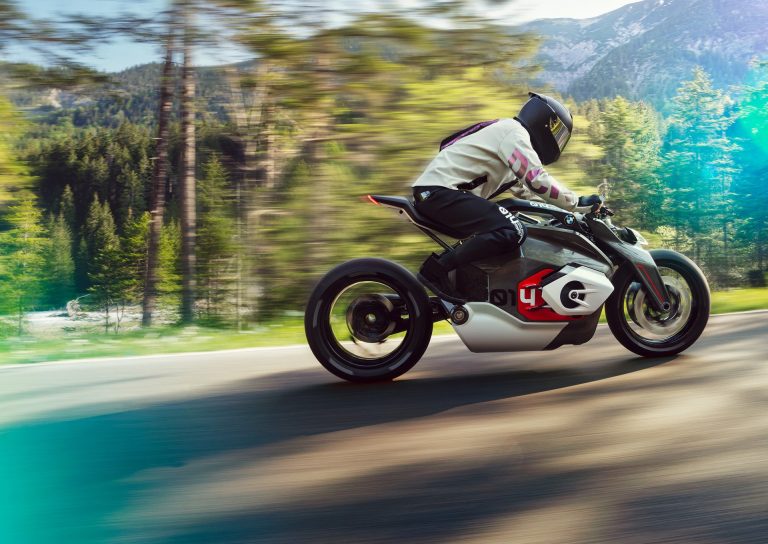 by Brad Anderson from https://www.carscoops.com/

It’s not just electric cars that have started to pop up with increased frequency in recent years as all-electric motorcycles are also becoming more commonplace. BMW Motorrad doesn’t appear to be in a rush to bring electric bikes of its own to the market, however.

While recently speaking with Cycle World, head of BMW Motorrad Dr. Markus Schramm said that electric motorcycles may make sense in urban environments, but that could be it.

“As the Vision DC Roadster concept shows, we see this as a power portfolio of the future,” he said. “In the urban environment, it is possible that there will be an electric BMW motorcycle in five years. In the touring, off-road, and sport segments, I am not sure that we will see them.”

The BMW Vision DC Roadster was introduced at the company’s #NEXTGen event back in June as an all-electric model featuring a battery pack with metallic cooling ribs and two fans. Sending power through the rear wheels is a cylinder-shaped electric motor. The bike has an exterior design unlike any other BMW motorcycle and is not expected to find its way into the production line.

“I am convinced that the motorcycle as a product becomes more and more important—not about commuting, but as leisure product,” Schramm added during the interview. “Electric mobility will be important for motorcycles in urban areas within five years.”

If electric power becomes more common on motorcycles focused on urban commuting, it seems inevitable that more enthusiast-oriented motorcycles will retain their high-revving internal combustion engines for years to come.