BMW and Bosch will debut a massive 10.25-inch motorcycle dashboard in 2021 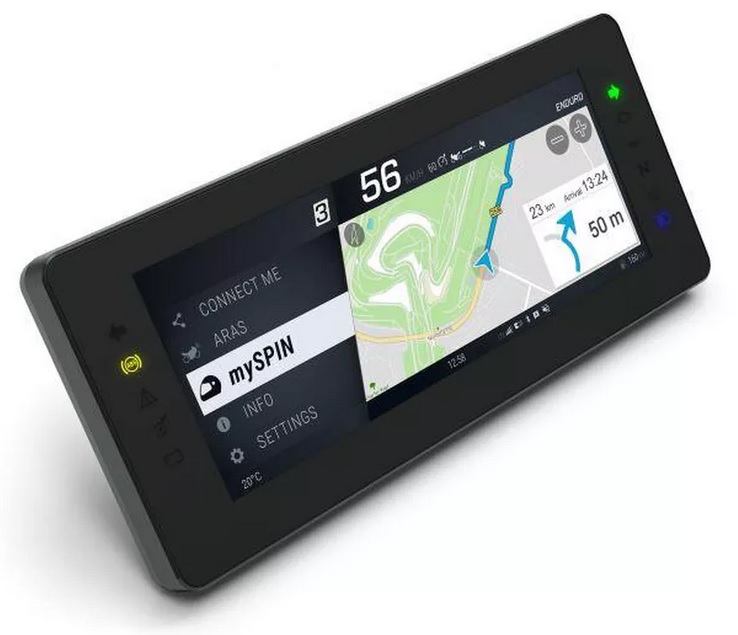 The screen will also be the first to offer split-screen functionality for your phone.

BMW’s big screen will split your bike’s dash between phone and bike info.

We recently covered BMW Motorrad’s totally cyberpunk and totally excellent CE04 scooter concept, and one of that vehicle’s coolest features was a 10.25-inch information screen for the rider. A screen that size is pretty big in a car, and on a motorcycle or scooter, it’d be gargantuan, but that’s not going to stop the Germans.

See, BMW is planning on adding that 10.25-inch screen to some of its motorcycles in 2021, according to an announcement made Thursday by Tier 1 supplier Bosch. And it gets more interesting than that because this screen is the first motorcycle TFT that can do split-screen. By that I mean you can have your motorcycle’s dash information on one side and your phone’s info on the other.

The screen can do this magic trick thanks to a piece of software for your phone called from Bosch called MySpin, and while the big screen is going to hit BMW first, Bosch also confirms that both Ducati and Kawasaki have MySpin-based apps of their own in the works, though those are meant to work with existing 6.5-inch screens.

The big problem with that much smartphone integration is the possibility of distraction for the rider, which is dangerous in a car, borderline suicidal on a motorcycle. Bosch believes it’s nailed down a way to bring smartphone integration to a motorcycle dash without that risk. Based on what we can tell, it involves limiting access to only motorcycle-specific apps like Rever (which is excellent and something I use personally).

The push toward TFT LCD dashes on motorcycles has been going on for a few years now, and it’s exciting to see screens get bigger, better and more functional. We’d like to see more of these screens become touchscreens too — like on our long-term Indian FTR1200 — but it remains to be seen if that will be the case with the big Bosch unit.