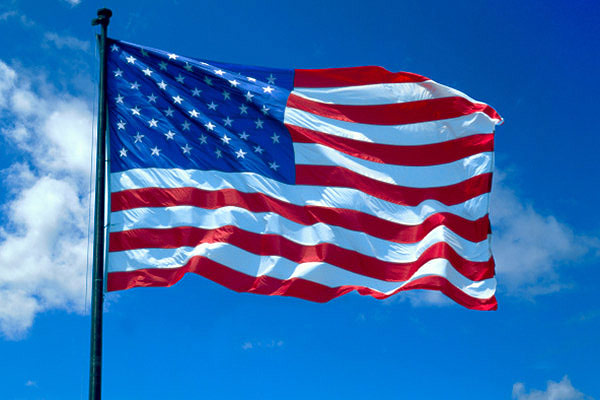 The Philippines is converting a historic American military base into a city. Its key funder? China.

Philippine president Rodrigo Duterte checks the scope of a rifle at a ceremony marking the turnover of free Chinese military assistance to the Philippines at Clark Air Base in June 2017.Romeo Ranoco / Reuters

CLARK, Philippines—Vince Dizon makes sure his guests take in the view from his ninth-story office before they leave. A set of windows looks out over a hazy, expansive airfield that was the center of the United States’ largest overseas military base, until it was handed back to the Philippines in 1991.

The concrete skeleton of a new commercial-airline terminal can now be seen in the distance. Dizon, who leads the Philippine government agency charged with redeveloping old military sites, is fond of telling visitors that the Americans built a runway of such quality that the U.S. Space Shuttle could have landed on it.

Three decades on, the area is still dotted with vestiges of Clark Air Base, where Americans first established a presence during the Spanish American War while searching for grazing land for their horses. A manicured veterans cemetery is managed by the U.S. government; a building that was once a base hospital sits abandoned outside the gates of a new water park; an American Legion post is wedged between two “entertainment bars”—the infamous red-light district, which flourished thanks to demand from U.S. troops, didn’t leave when they did.

Now, though, the Chinese, not the Americans, are the ones fueling investments here. Officials from Dizon’s agency, the Bases Conversion and Development Authority, and China’s Gezhouba Group, an engineering and construction company that has moved aggressively into foreign markets in recent years, are finalizing the details of a $2 billion, 500-hectare industrial park, Dizon told me, while Chinese loans will fund a railway linking Clark to the coastal city of Subic, the site of a former U.S. naval base. Separately, Chinese firms are also angling to take over a failing shipyard in Subic.

The projects are part of Philippine President Rodrigo Duterte’s aptly, if not creatively, named “Build Build Build” economic strategy, under which the government plans to transform the Clark base into a green, disaster-resilient, stand-alone city that developers hope will relieve pressure on Manila, the perpetually gridlocked capital some 60 miles south.

Chinese investment in what will be known as New Clark City “is critical,” Dizon said in an interview. “It is how it all started.” He sees the investments as symbols of a “newfound friendship and relationship” between Manila and Beijing. It is one of several similar projects launched across the Philippines, and across Southeast Asia, as China and Chinese companies plow money into projects, largely as part of Chinese President Xi Jinping’s much-touted Belt and Road Initiative. The globe-spanning infrastructure and investment program has been criticized by Washington, but has nevertheless won admirers: Last month, Italy became the first major European economy to join.

This redevelopment of a former symbol of American might here in Clark by a Chinese developer may be the best example of the shift under way in Southeast Asia, as a more assertive Beijing courts traditional American allies in a part of the world where Washington’s power long went unchallenged. “It is so important,” Dizon, who worked on Duterte’s presidential campaign in communications and was appointed to his current job by the president, said. “I think it will be one of the major legacies of this shift in foreign policy under President Duterte.”

Though Southeast Asian countries such as the Philippines say they still need an American military presence in their backyard and fear a rising China—Duterte himself has told Beijing to “lay off” an island claimed by the Philippines in the South China Sea—a debate is raging on what that relationship with Washington should now look like. Analysts that I spoke with noted worries in the region that President Donald Trump’s White House appeared uninterested in Southeast Asia compared with its predecessors. At the same time, staunch American allies, including Indonesia, the Philippines, and Thailand, have looked to China as the rare country that is hungry to sink billions into infrastructure projects and fund development.

To be sure, China’s efforts in Southeast Asia have not been without difficulties. Beijing has inserted itself as a power broker in Myanmar’s (also called Burma) long-running civil wars and Rohingya crisis, and has stirred public resentment as it pushes to restart a highly controversial, and currently suspended, hydropower dam project. Though Malaysia has recently revived two major Chinese-backed projects, it had initially turned away Belt and Road investments whose price tags became too high to bear. And even as the Philippines invites Chinese investment, it has almost no security relationship with Beijing. (By contrast, Manila maintains exceptionally close ties with Washington, its former colonizer, which is still widely trusted and respected here.)

Yet the shift in ties between the Philippines, as well as much of the rest of Southeast Asia, and the U.S. is clear. Vacancies for ambassadorships in the region have piled up and include Singapore and Thailand. Trump in March nominated an ambassador to ASEAN, the regional bloc, after a more than two year vacancy, and Patrick Murphy, the nominee for ambassador to Cambodia, continues to face confirmation delays. David Stilwell, nominated last year to be assistant secretary of state for East Asian and Pacific affairs, also has yet to be confirmed.

Barack Obama—who lived for part of his childhood in Indonesia—took a particular interest in Southeast Asia, and while his administration’s “pivot to Asia,” meant to be a centerpiece of his foreign-policy legacy, was never fully realized, even those limited efforts have not been replicated. A 2016 summit convened by Obama with Southeast Asian leaders, the first of its kind, has not been held again. After attending part of the 2017 ASEAN Summit, Trump skipped two Southeast Asia–focused meetings last year.

The Trump administration has defended its handling of Southeast Asia. In particular, the White House has sent a large number of officials to visit the region. Murphy, who currently serves as the principal deputy assistant secretary for East Asian and Pacific affairs, met with Southeast Asian officials in March to “reaffirm our embrace of ASEAN centrality.” An increased number of military operations in the South China Sea have also been a central, and highly visible, part of the administration’s efforts to push back on China’s combativeness in the contested waters. And Washington, which will publish an Indo-Pacific strategy report this year, has announced new funds for technological and infrastructure initiatives across Southeast Asia, though the amounts on offer are a fraction of what China is spending.

These moves are not gaining much traction. A February survey of 1,008 Southeast Asian experts, business leaders, and policy makers by the ISEAS-Yusof Ishak Institute, a think tank in Singapore, found that 68 percent believed that U.S. engagement with the region has either decreased or decreased substantially. A similar proportion were unsure of, or had little confidence in, Washington’s reliability as a strategic partner and provider of regional security. Separate surveys last year from the Pew Research Center and Gallup found Trump’s image remains poor internationally, while countries continue to recognize the rising power of China.

“How can you reportedly be spending so much time in Asia and yet not [be] reassuring anybody by doing it?” Greg Poling, director of the Washington-based Asia Maritime Transparency Initiative, part of the Center for Strategic and International Studies, told me. “There is a sentiment in Southeast Asia that U.S. officials come in and want to lecture about the things that matter to us and don’t have nearly enough patience for the things that matter to Asian partners.”

Nina Hachigian, who served as the U.S. ambassador to ASEAN during the Obama administration, said she doesn’t see “the strategic vision for Asia as a whole and what the U.S. role and interests are.” Hachigian, who now works in the Los Angeles mayor’s office, added that China could exploit that to tell regional allies “that we can’t be trusted, that we are not really Asian anyway, that we are unreliable, that we will leave, that we are only in it for our own interests.”

China’s infrastructure-building is perhaps something that the U.S. does not want to, or cannot, compete with—Manila’s finance secretary, Carlos Dominguez III, for example, publicly lamented last year that American investors “have no interest” in the country’s redevelopment plans. But the U.S.’s once rock-solid defense ties may also be under pressure.

Recent focus in Manila has been on the Mutual Defense Treaty, which was signed in 1951, five years after the Philippines gained independence from Washington. Secretary of State Mike Pompeo in March reassured the Philippines that the U.S. would come to the country’s defense if it were attacked in the South China Sea—a significant statement that aimed to address long-standing consternation here over the lack of a firm American position on the issue. But just a week later, Philippine Defense Secretary Delfin Lorenzana said that it was not the lack of reassurances that worried him, but rather that the Philippines would be drawn into “a war that we do not seek and do not want,” noting that increased U.S. naval operations meant the Philippines “is more likely to be involved in a shooting war.”

While stressing that the two countries remain steadfast allies, Sung Kim, the U.S. ambassador to Manila, admitted to me in an interview that “it may not be the simplest time to be working on the U.S.-Philippines relationship for various reasons.” He pointed to “political rhetoric” from the infamously brash Duterte as one of the factors that complicated the relationship. The U.S., Kim said, was looking at whether “any adjustments could be made to update and improve” the 1951 treaty, issues that might be “identified together” with counterparts from the Philippines. (Changes to the text of the treaty, though, would require ratification from lawmakers in both countries.)

Dizon’s concerns are more immediate: He is hoping to drum up more Chinese support for New Clark City. Local media reported that two deals were signed between China and the Philippines at a Belt and Road event in Beijing in April. As I said goodbye to Dizon after our interview, a team from Chinese state television was waiting outside his office, getting ready to film a story on the enormous construction project. The Clark development would, he told me as he walked to join them, “spur the long-term relationship between China and the Philippines.”