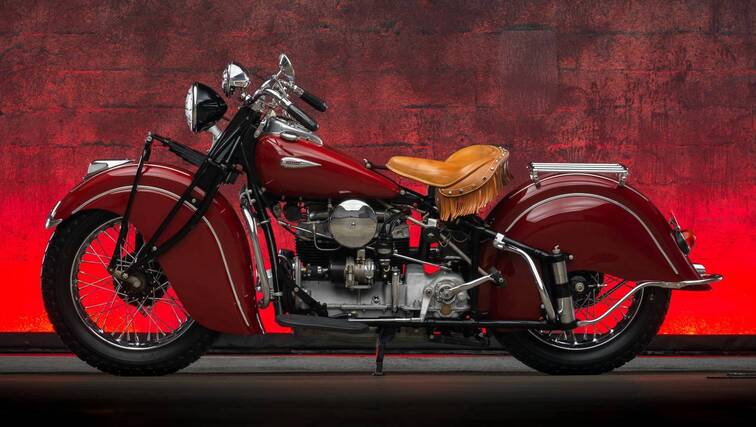 This 1940 Indian Four is said to have been restored under prior ownership and was acquired by the selling dealer in 2016. The bike is finished in dark red over a black frame and powered by a numbers-matching 77ci inline-four paired with a hand-shifted three-speed transmission. Equipment includes a sprung leather solo saddle, a chrome luggage rack, a side stand, a foot-clutch, a leaf-spring front end, a four-into-one exhaust system, a chrome engine guard, plunger shocks, 18″ wire-spoke wheels, and center and side stands. This Model Four is offered by the selling dealer in Oregon with a clean Michigan title.

It was sold on popular online automotive buy-sell auction website for Vintage and Classic vehicles: https://bringatrailer.com 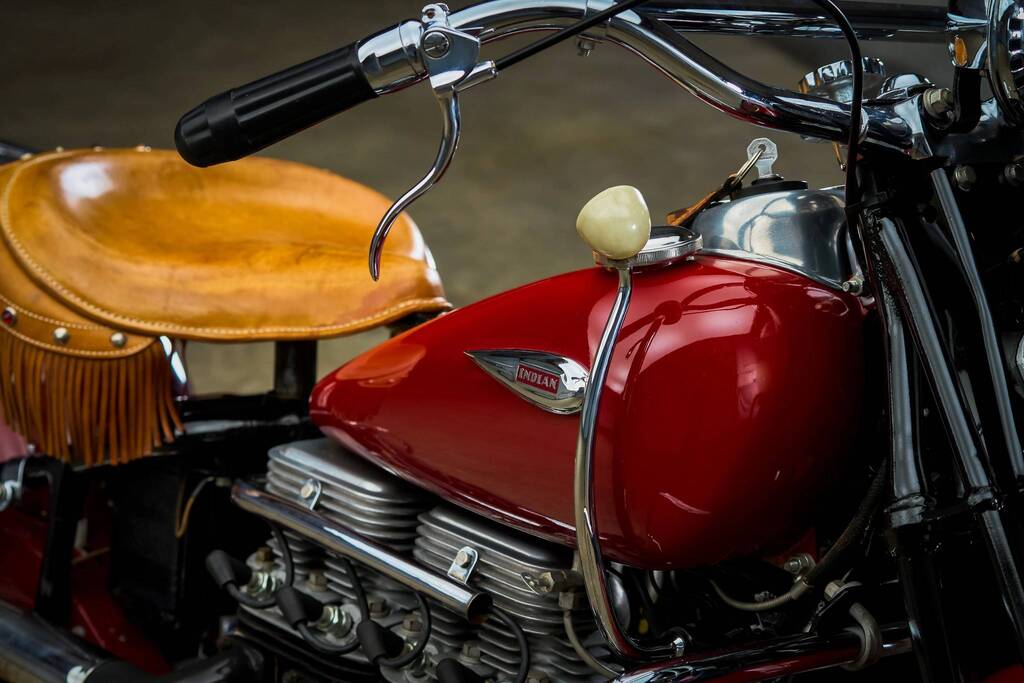 The bike was restored in dark red over a black frame under previous ownership. Equipment includes a side stand, a horn, footboards, skirted fenders, and sprung cognac leather solo saddle embellished with fringe and jeweled nailhead trim as well as a chrome luggage rack, engine guard, rear fender guard, frame guards, and center and side stands. 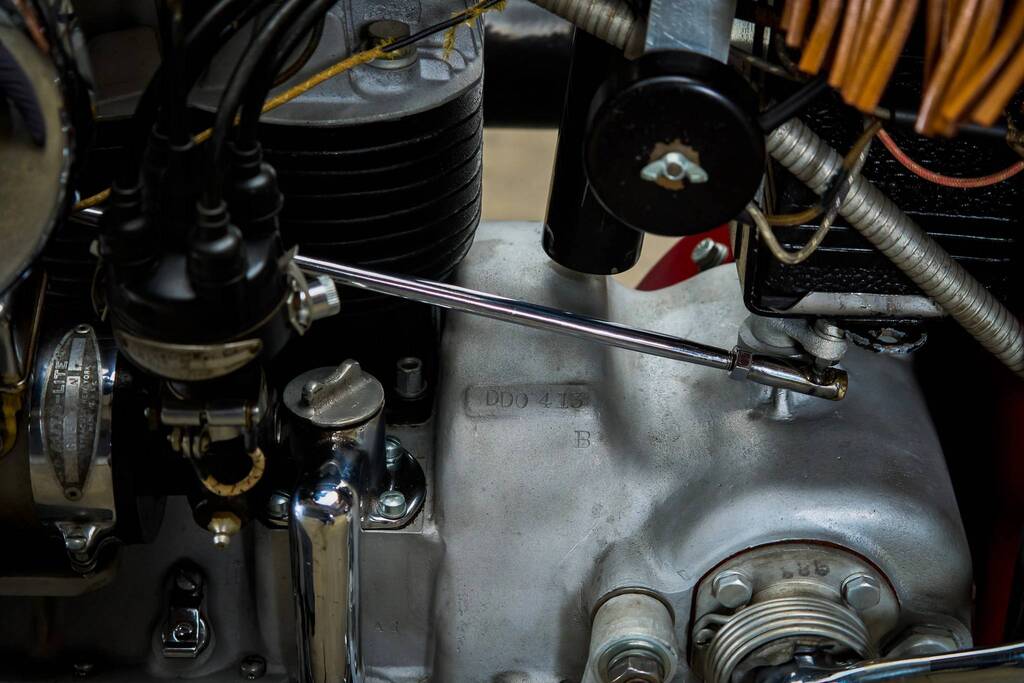 Wire-spoke 18″ wheels wear Coker blackwall tires. Suspension consists of a leaf-spring fork in addition to dual plunger shocks mounted on either side of the rear axle. Braking is from drums at both ends.

A chrome steering damper knob and cross-braced handlebar sit between the aluminum dash and polished headlight bucket. Instrumentation includes a 130-mph speedometer, an ammeter, a keyed ignition, a trip meter, and a five-digit odometer showing 305 miles, 10 of which have been ridden by the selling dealer. Total mileage is unknown.

The air-cooled 77ci inline-four produced 40 horsepower when new and is equipped with a single carburetor, a chrome air cleaner, Auto-Lite ignition, and a four-into-one exhaust with a ceramic coated exhaust manifold and chrome heat shield. An oil pressure gauge is mounted to the crankcase and an AGM battery with an Indian-style cover was installed by the selling dealer.

Power is routed to the rear wheel through a three-speed non-sequential transmission that is shifted using a tank-mounted hand lever on the right and a clutch pedal on the left.

The bike is titled by its engine number, DDo413, the last three digits of which match the number stamped on the frame, a photo of which can be viewed in the gallery. 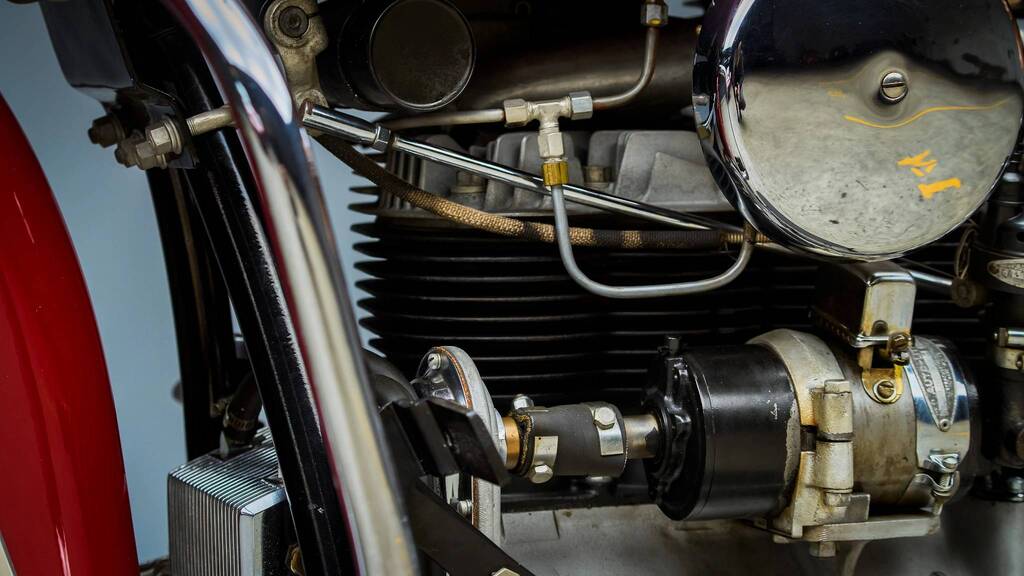 CHECK OUT more Photos at the auctioneer website:
https://bringatrailer.com/listing/1940-indian-four-2/

Keep up with all the motorcycle industry news and events and two-wheeled cool by signing up for the Free Weekly Newsletter for Bikernet Blog. No Spam ever and you can Unsubscribe anytime.