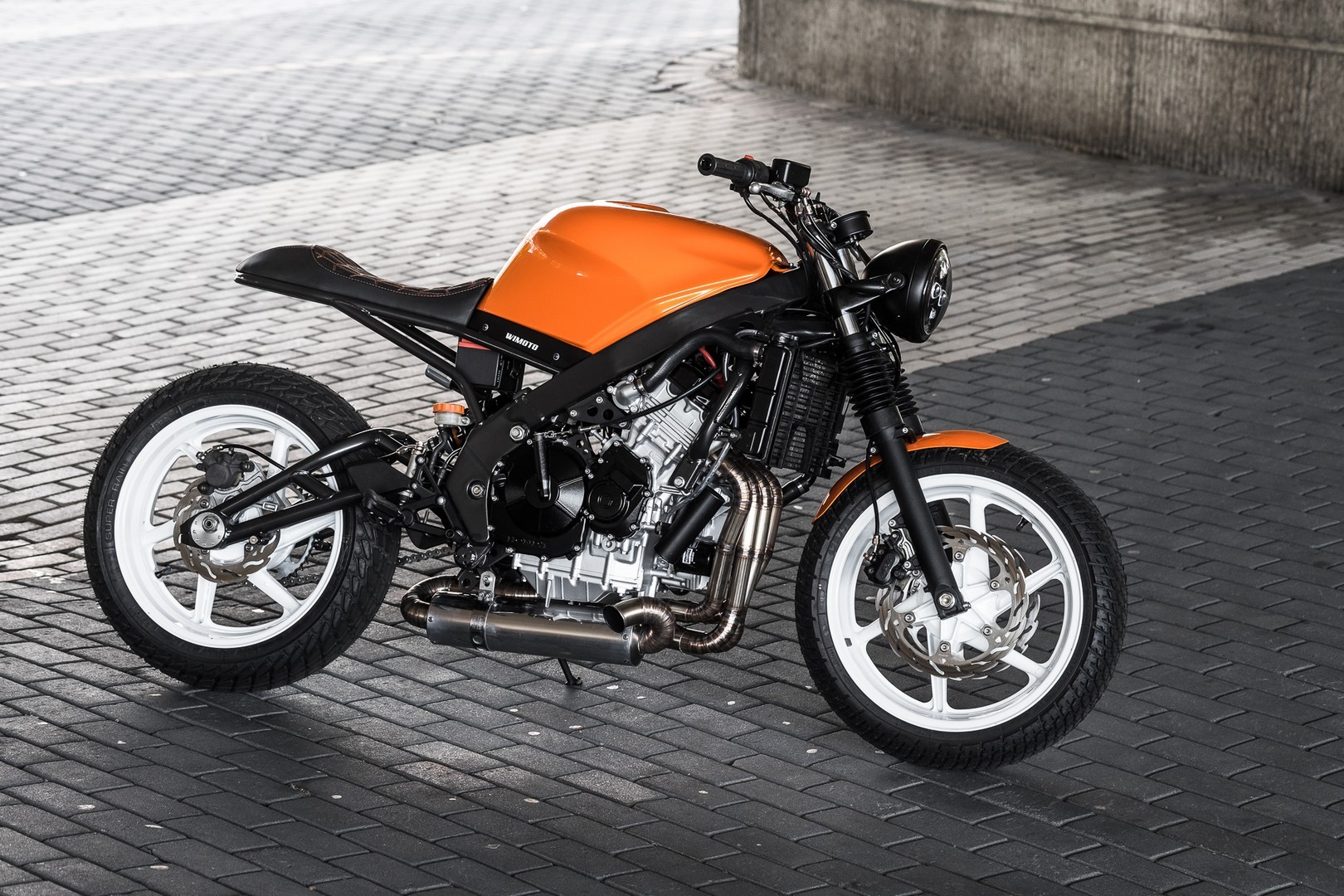 In case you were wondering what the Honda CBR600 would look like as a naked bike, here’s your answer.

During the early ‘90s, the CBR600 F and F2 were a truly groundbreaking pair! Not only were these Honda’s best-selling two-wheelers at the time, they were also the Japanese manufacturer’s most innovative motorcycles to that date. In fact, let’s dive into some technical details and see what made these machines so special.

Up front, it was supported by a pair of 41 mm (1.61 inches) adjustable forks, accompanied by a Pro-Link damper at the rear. In terms of braking, the ruthless F2 was provided with dual 276 mm (10.87 inches) discs and two-piston calipers at the front, along with a single 218 mm disc and one-piston caliper at the back. However, since the heavily customized marvel we’re going to be looking at has very little in common with the original model, we can probably skip the other details.

Wido Veldkamp founded WiMoto several years ago in Elst, a small town in The Netherlands. Besides bike customization, his workshop also specializes in manufacturing top-quality aftermarket components. As you browse their portfolio, you’ll run into a splendid project based on a 1992 Honda CBR600 F2. Out of the whole bunch, this spectacular thing must be my favorite!

After disposing of its body panels, Veldkamp’s crew built a custom subframe that was to accommodate the new saddle and modified tail section. Meanwhile, WiMoto tasked Tijger Leathers with upholstering the gorgeous seat.

Additionally, Veldkamp explains that “the CBR600 F2 had an ugly rectangular swingarm which had to go.” As a result, his team crafted a chromoly tubular swingarm with eccentric chain adjusters to match the desired appearance. The custom swingarm also offered the opportunity to install a fully adjustable Wilbers monoshock.

The following step consisted of tweaking the front forks and reducing their length, to then fit a new set of handlebars that bring about a scrambler aesthetic. This proved to be a challenging process, which demanded a great deal of structural modifications and reshaping. Nonetheless, the final result turned out to be incredibly neat.

WiMoto had the inline-four monstrosity refurbished and blessed it with an upgraded four-into-one exhaust system. Furthermore, CBR600 F2’s powerplant breathes more freely, thanks to a K&N air filter and optimized carburetors.

To top it all off, the workshop disposed of Honda’s stock lighting to make room for a full LED package, including a halo-style headlight and bullet-type turn signals. The stock wheels were retained and dressed in high-performance Heidenau K73 rubber, as well as Motomaster brake discs that improve the bike’s stopping power.

Finally, a bright orange finish covers the fuel tank and front fender, guaranteeing that WiMoto’s delicious two-wheeler will stand out on the road like an orange in a basket full of potatoes!

If you’re loving these folks’ CBR600 F2 makeover as much as I am, I’ll suggest that you head over to the firm’s Facebook page, where you’ll find some of their other masterpieces.