Vintage motorcycles ride in to Gastonia 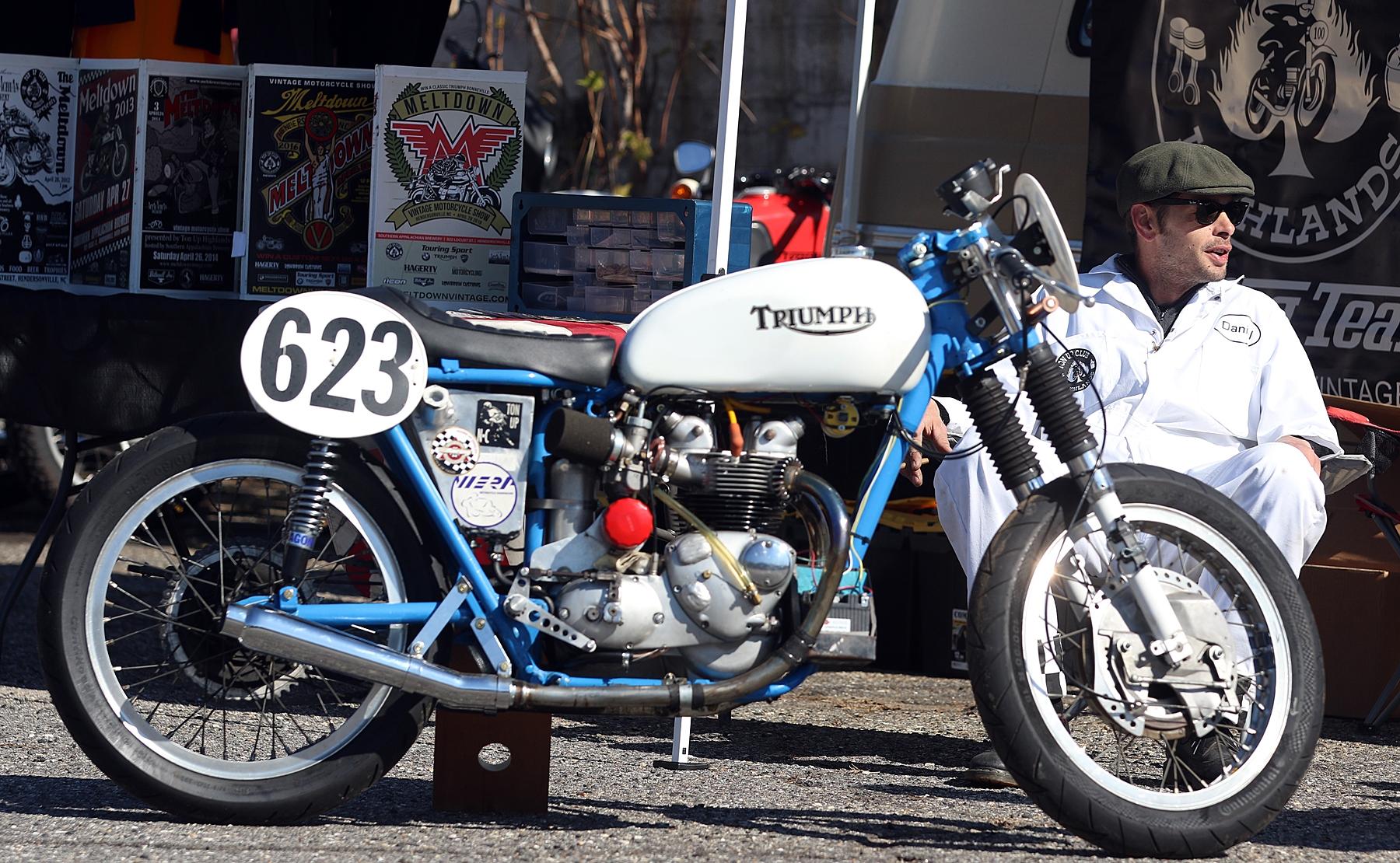 by Gavin Stewart from https://www.gastongazette.com

Motorcycle enthusiasts gathered at Gaston Motorcycle Werks in Gastonia Saturday for Cyclemania – an annual show celebrating vintage bikes made across the globe.

Cyclemania made its Gastonia debut, as it’s been held in Charlotte since 2014. More than 50 European, Japanese and American bikes and their owners convened in the lot beside Gaston Motorcycle Werks.

Bikes were judged based on where they were made and if they were stock or modified. Modified bike owners showed off their creativity, while all-original owners boasted their detail-oriented restorations.

Bobbers, choppers, sport bikes, café racers, off-road bikes and even mopeds were entered in the show in hopes of their owners taking home a trophy for best in their class and best in show.

While technically a competition, show participants talked bikes, shared laughs and stories over coffee and beer without concern over how their bike was judged. It’s a great even to catch up with old friends, network and meet newcomers, said Blair Barwick.

“This is just for fun,” he said. “I like the process of building bikes.”

Barwick, a Canadian-born Fort Mill, South Carolina, resident, drives a 1975 Honda CB550F restored by Benjamin Segal and his team at Gaston Motorcycle Werks. He bought the tired bike three years ago in hopes Segal could turn the four-cylinder cycle into the quick-moving café racer of Barkwick’s dreams.

The café racer should keep certain lines within its shape. For instance, low handlebars, a single-rider seat and unique aesthetics are what make a café racer, Barwick said.

Barwick enjoys riding and looking back at his bike like the other bike owners at the show, but bringing a bike back to life makes Barwick look forward to building his next project and bringing it to Cyclemania.