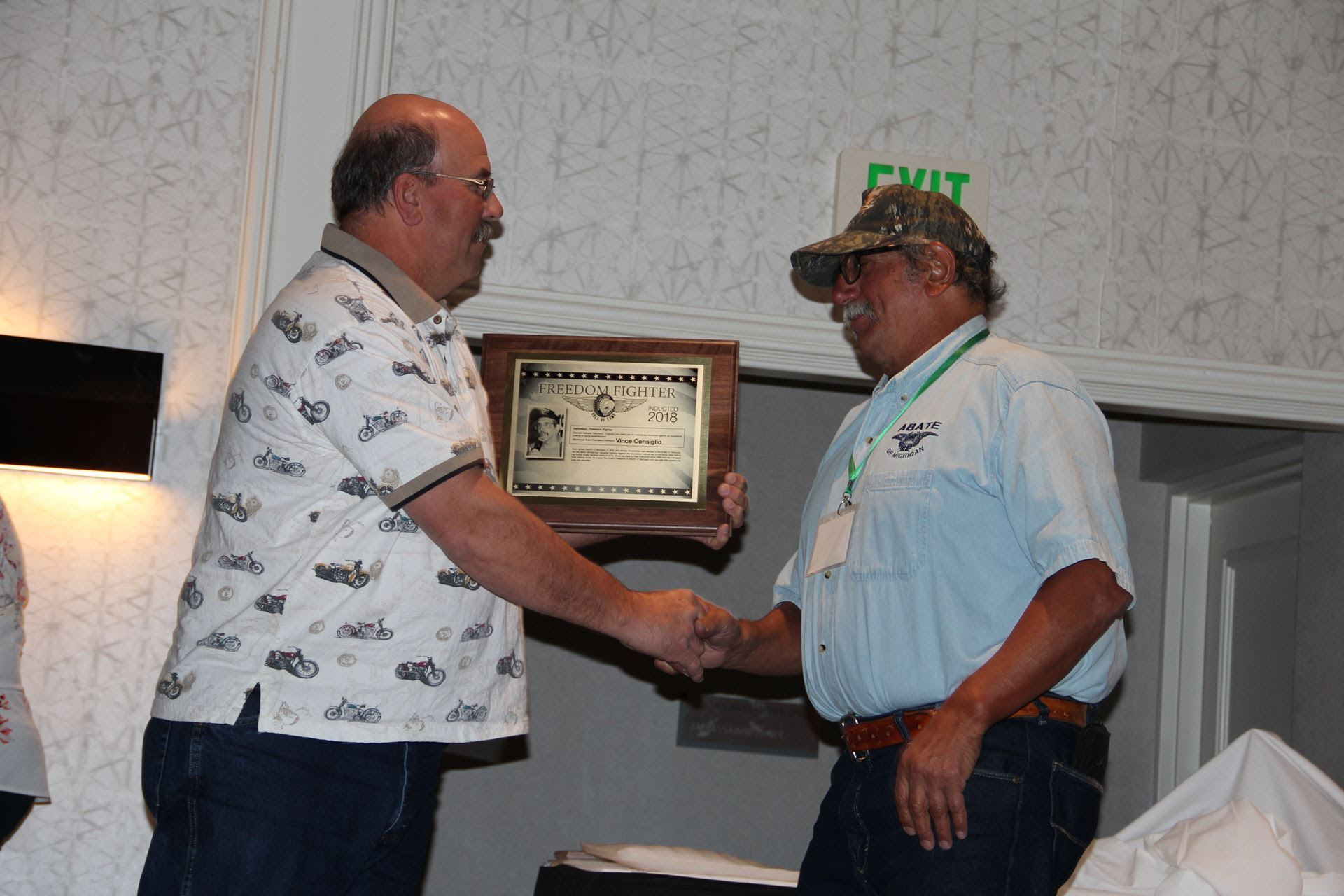 Vince joined ABATE of Michigan in 1975, and almost immediately was elected to the Board of Directors. He had spent almost four decades fighting against the mandatory helmet law in his home state before the victory finally became a reality in 2012. Vince has been a Chief Instructor since 1980 and has managed rider training ever since. He is also the current President of ABATE of Michigan and has held that position for over two decades.

Vince is also a constant presence representing the motorcyclists of Michigan in our Nations’ Capitol working closely with the Motorcycle Riders Foundation. ABATE of Michigan under Vince’s leadership has fostered effective working relationships with numerous members of Congress. Many of the federal bills brought forth on behalf of the motorcyclists of this nation were sponsored and co-sponsored by members of Congress from Michigan who were designated as Legislative Champions by the Motorcycle Riders Foundation.

If you are planning on traveling to Sturgis for the 2019 Rally, consider joining the strong contingent of Motorcycle Rider Foundation members that will be in attendance at the Induction breakfast and ceremony on Wednesday August 7th at The Lodge at Deadwood.