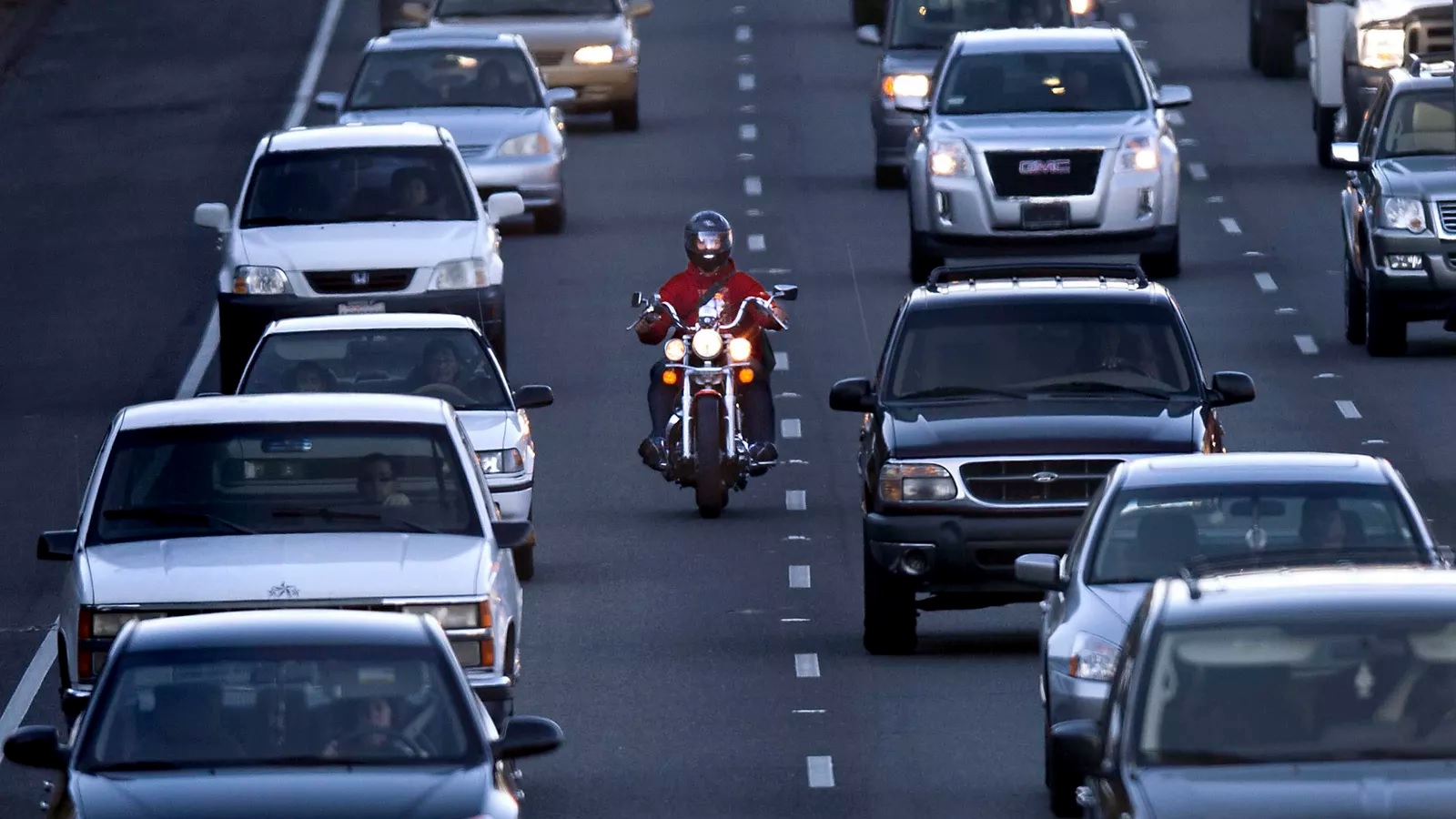 Update: Imprecise language to discuss the contents of this bill was used. The Utah bill clearly states that “lane filtering” is now legal, however, we referred to it as “lane splitting”, which is often colloquially used to describe both. We have clarified the information and changed the article to reflect the subtleties between both terminologies, and we apologize for the mistake. – SG

On Thursday, the number of states to take motorcycle safety measures doubled to two, as Governor Gary Herbert signed H.B. 149, legalizing lane filtering in the great state of Utah.

Only 48 U.S. states, Canada, and a few other countries prohibit motorcycles from traveling between lanes of cars in slow or stopped traffic. It’s common and expected practice throughout Europe and Asia. As long as cars are expecting it and everyone involved does it safely, it’s not only faster for bikes to cut through traffic, but safer, too. Bikes can safely make their way to the front of the line, rather than be stuck in the back where an inattentive driver could crash into them from behind.

Of course, since this is a motorcycle safety bill, it’s not about doing a wheelie between cars at 100 mph. The law stipulates certain conditions under which lane filtering is allowed. The road must have two or more lanes with a speed limit no greater than 45 mph, which unfortunately rules out interstates. Additionally, traffic must be completely stopped, and the motorcycle may not exceed 15 mph while navigating between lanes (unlike lane splitting that allows motorcycles to cruise in-between lanes while traffic is in motion). It’s not exactly the Wild West of California’s lane splitting laws (or lack of laws, to be precise), but it’s still a tremendous advantage for motorcyclists in Utah.

We kind of saw this coming, but personally, I never expected to see any other states actually pass such a law, even though I hoped for it. Connecticut, Oregon, and Maryland have also proposed laws that would legalize the practice. The only issue that I see with legal lane filtering is that drivers aren’t used to bikes cutting between them, and especially having the legal privilege to do so. Wherever lane splitting or filtering is legalized, I think a massive publicity campaign will be necessary to educate drivers not to get angry, intentionally block, or throw things at riders following the new laws.