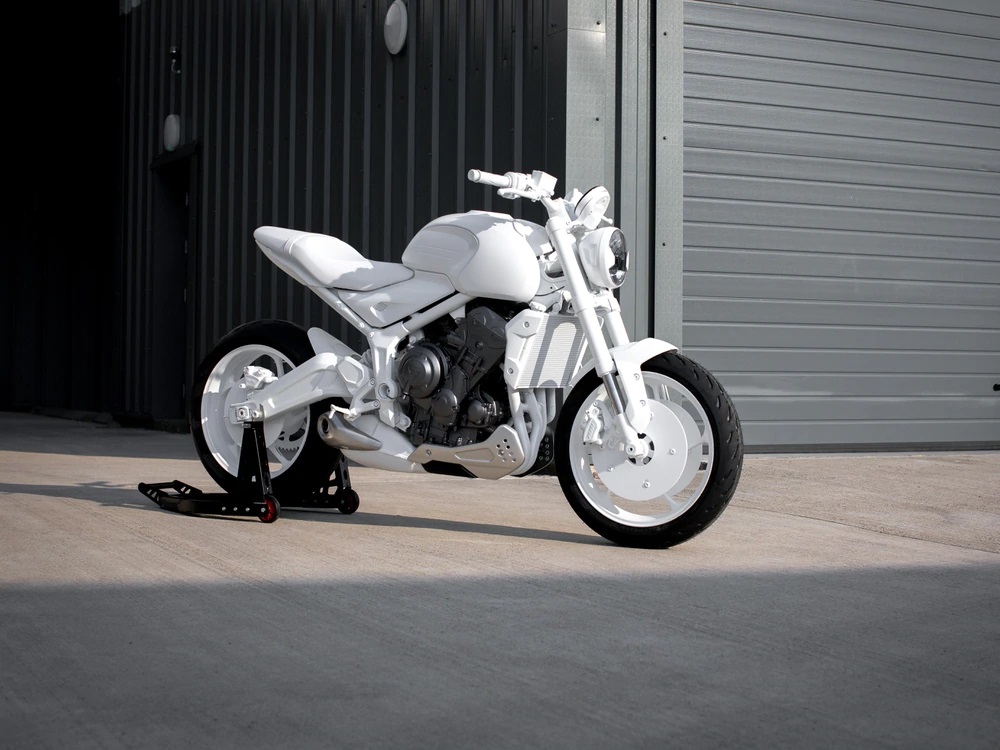 Showcased at the London Design Museum, the bike will be an entry point into Triumph’s lineup of Triple motorcycles and is set to arrive in dealers next year.

It’s built around a triple engine which, Triumph says, brings ‘the perfect balance of low down torque and top end power’. Incorporating a new chassis, the Trident has been designed to give greater rider accessibility while providing good levels of comfort.

Steve Sargent, Triumph Chief Product Officer, said: “The Trident design prototype marks the beginning of an exciting new chapter for Triumph, where the brief was all about fun, from the look to the ride. With its pure minimalist form, clean lines, Triumph design DNA and more than a hint of our Speed Triple’s muscular poise, this gives the first exciting glimpse at the full Trident story to come.

“Ultimately our aim was to bring a new take on character and style, alongside the accessible easy handling and quality Triumph is known for – at a price that’s really competitive”.

The new bike is set to be A2 compliant, which will allow those who carry an A2 licence to ride the Trident – albeit in restricted power form.

There’s no word on how much the Trident will cost when it arrives in dealerships in spring next year, but given it sits underneath Triumph’s current entry point bike – the £8,100 Street Twin – it’s likely that it’ll cost in the region of £7,000.