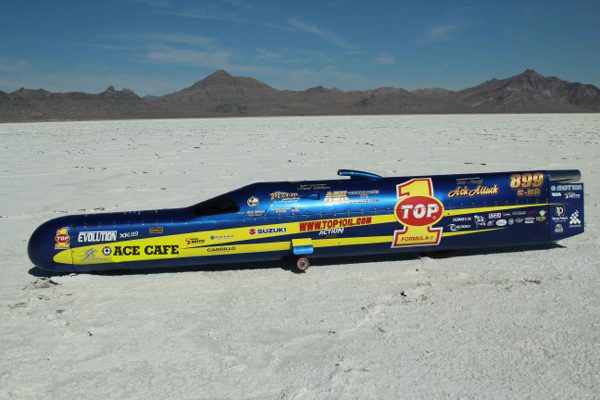 Top 1 Ack Attack became the world’s fastest motorcycle when it set the Land Speed Record of 376.363 mph/605.697 km/h back in 2010. Although no one has beaten his twin-engined streamliner in the better part of a decade, builder Mike Akatiff is not the type to rest on his laurels. Rather than retiring, he is going after 400 mph on the Salar de Uyuni salt flats in the Andes mountains August 3-8, 2017. Don’t miss the video in the full feature, here.