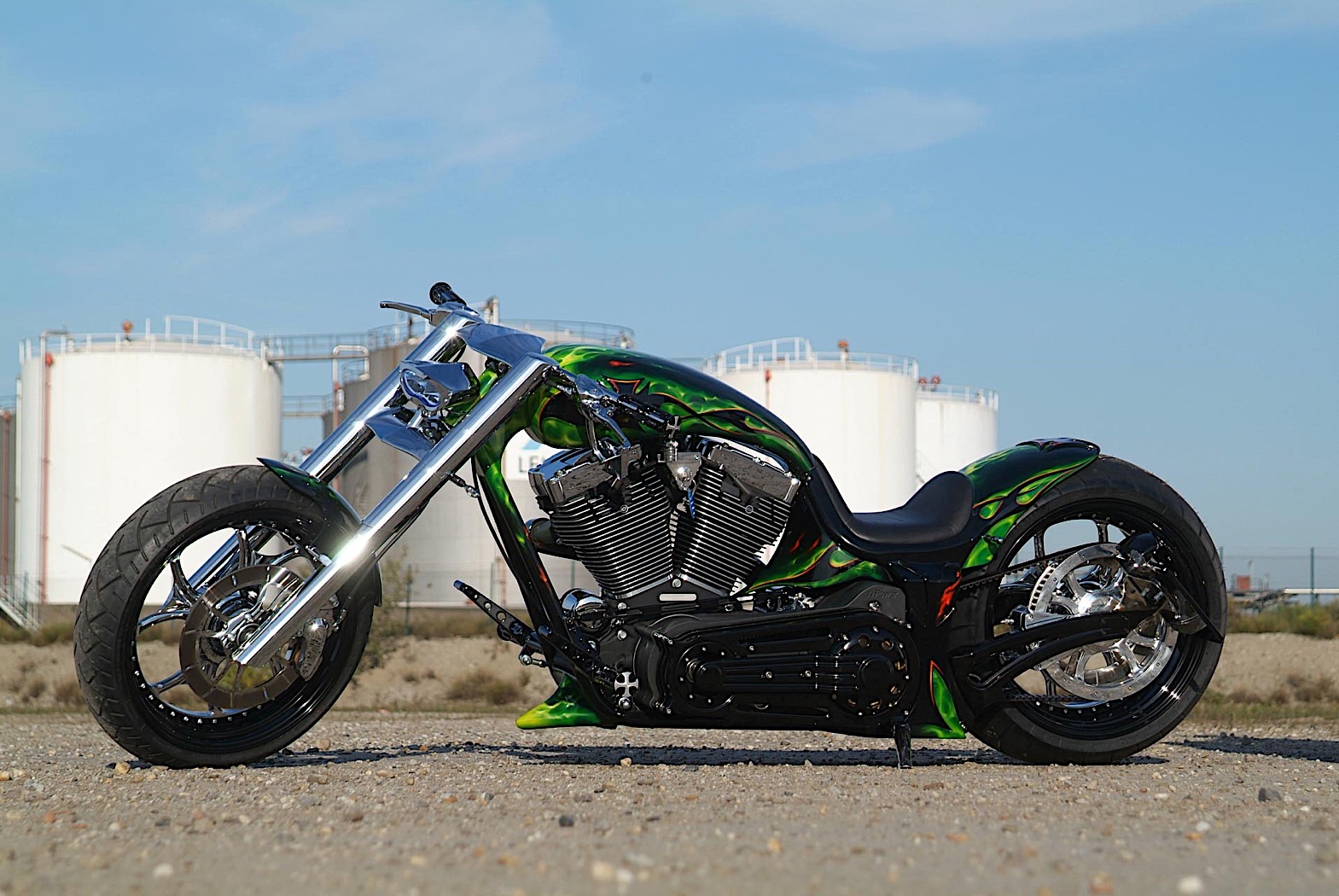 It’s very hard to find a recent custom motorcycle worth talking about. That’s probably because the custom bike industry is much slower at churning out new products, and the number of garages doing stuff to/with motorcycles is much smaller than those handling cars.

So, when in the mood for some stunning custom motorcycle, the way to go is back in time. It is there you’ll probably find what you’re looking for – and proof of that is the Kreuzfeuer we have in the gallery above, coming to us from all the way back in 2005.

Kreuzfeuer (which is German for Crossfire) was built by one of the most active custom motorcycle garages in Europe, Thunderbike. It was completed so long ago that we don’t really know where it is at the moment, or whether someone is still using it as a daily ride. But it remains stunning nonetheless.

Just like a great deal of other two-wheelers made by Thunderbike, this too blends the lines of a custom (albeit mass-produced) frame called Dragster with the power of a proven Harley-Davidson engine, Thunderbike styling, and a crazy Kruse Design paint job to come result in a truly unique build.

The frame, one of the about 15 available in the garage’s portfolio at the moment, is equipped from the get-go with fuel and oil tanks, CNC machined aluminum swingarm, rear fender, rear wheel axle, bracket for engine, bracket for battery, and seat plate.

Inside it rests a Harley-Davidson Twin-Cam engine, 1,550cc in displacement and good for 88 ps. It is equipped with a Harley 5-speed gearbox and a Mikuni carburetor.

The entire finished assembly rides on equally sized (diameter) custom wheels front and rear, and a red-orange-black paint job adorns most of the body of the machine.

We are not being told how much the Kreuzfeuer cost to build, but the present prices for the parts used for it point to it being worth well over 20,000 euros.