This motorcycle was strong and reliable under all military conditions. 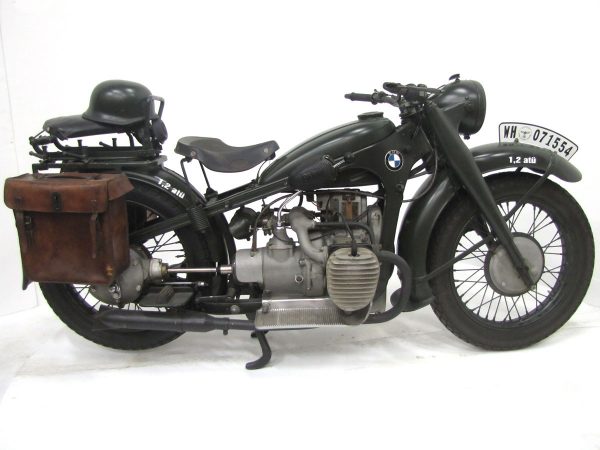 The BMW R12 together with the later R75 epitomize the World War II military motorcycle celebrated by Hollywood and the popular press. Heavy but tough, fast enough, and essentially bullet proof.

From its beginning in 1935 to the R-12’s demise in 1942, BMW built nearly 30,000 R12s. The majority were civilian models conscripted in 1939 with another 10,000 units specially built for the Wehrmacht police and combat units. As an early adopter of electric arc welding, BMW was able to speed up considerably the manufacturing process – particularly welding frames – and the company never looked back. As it happens, the R12 was their most prolific…

See and read more at the National Motorcycle Museum Web Site. Hell, you can see it when the virus threat passes in the museum. I got a kick out of it, because I created a seat suspension similar on my goofy ’69 Panhead.–Bandit