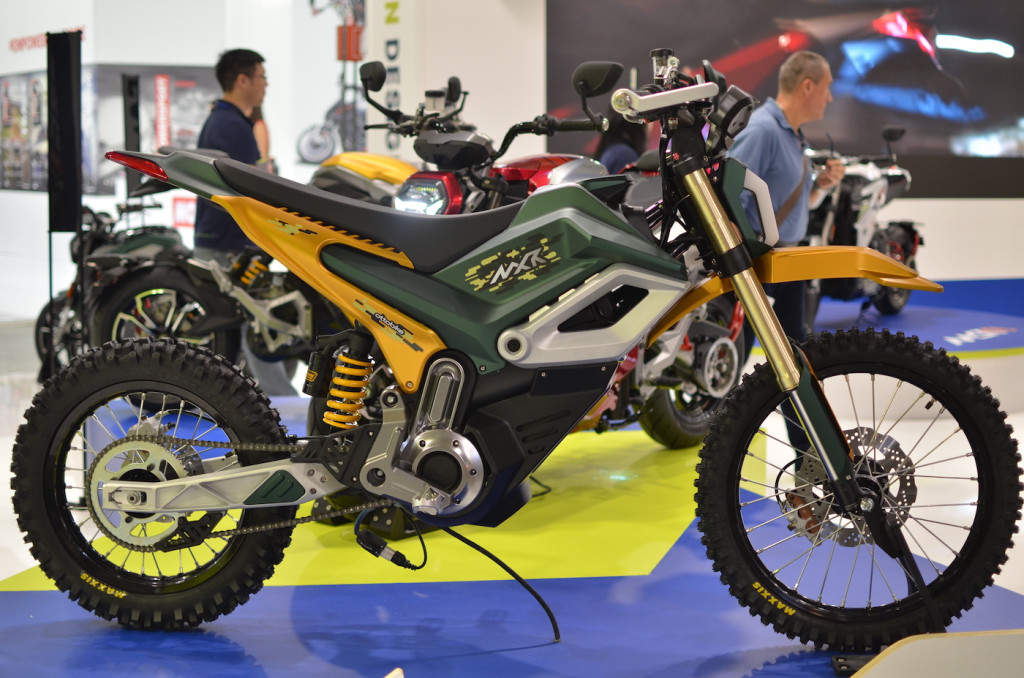 Ottobike MXR comes powered by an 11 kW continuous rated mid-drive motor that has a liquid cooling system along with electric speed controller.

Taiwan-based Ottobike has showcased a fully electric dirtbike concept at the 2019 EICMA Milan motorcycle show, dubbed as the Ottobike MXR.

The MXR stands for Maxi Extreme Rider and this motorcycle concept is capable of running at a speed of 120 kmph, claims a media report. It comes powered by an 11 kW continuous rated mid-drive motor that has a liquid cooling system along with electric speed controller.

The electric dirt bike is claimed to have a maximum torque output of 45 Nm and it weighs 100 kg.

The dirtbike looks rugged and aggressive. Instead of a proper headlamp, it gets three vertically positioned LED bars, while an LCD dashboard is there, which displays a wide range of information. Ottobike has used Android OS for the display to show the riders GPS directions, live maps and incoming calls, among other features, as claimed by the report.

It houses a non-removable battery that has a capacity of nearly 5 kWh and a 1.2 kW battery charger as well. Ottobike claims the bike’s battery takes 2.25 hours for a 20-80 per cent charge, while to get fully charged it requires around 4 hours of time.