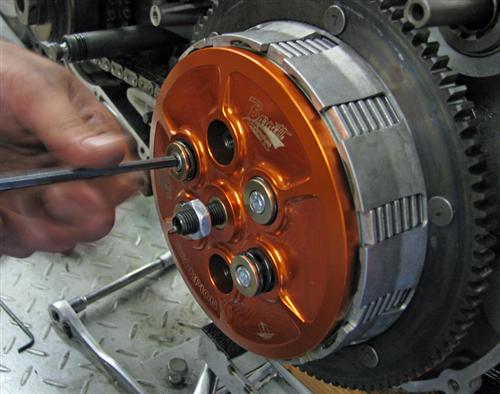 Franky’s Dyna took a nasty spill and was nearly totaled. We rolled our sleeves and went to town on it, thanks to many of our friends and Barnett, Brass Balls and Aeromach who came through on this ambitious rebuild project. The fight goes on and the Dyna is one step closer to being back on the road. 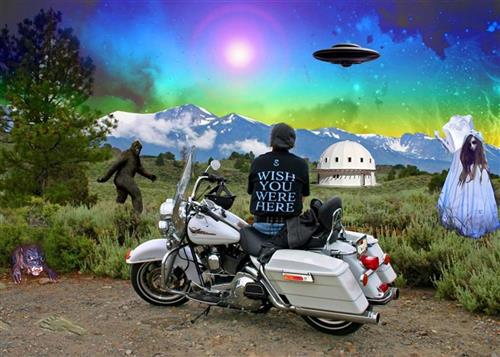 I love mysteries, be it aliens, energy domes, Bigfoot and Chupacabra but most of all, I love Joshua Tree. It seems to have some ancient mystery about it. Native Americans claim the trees are spirits of dead Indian warriors ominously guarding their desert domain. There is an energy dome built in the 1950s to some extraterrestrial race and Giant Rock, the largest freestanding boulder in the world. Creosote Cacti, the oldest living organism on the planet. Read more.

Get Your Meat Hooks On! 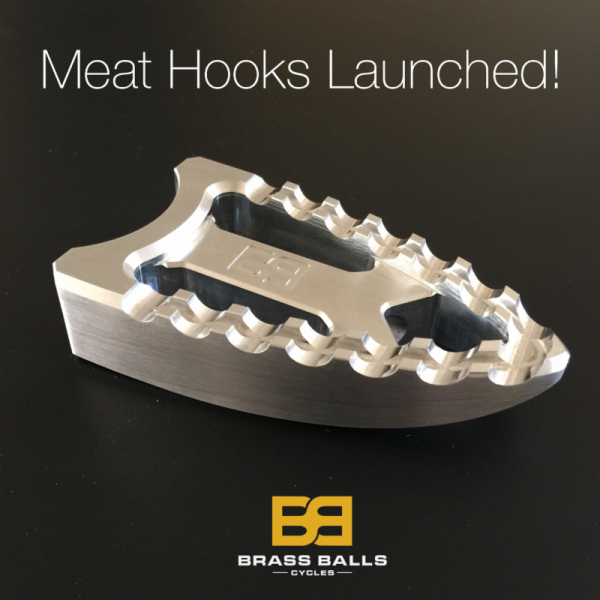 A limited run of 25 sets of Meat Hook foot have been made for beta test and are available on our site for purchase. If they’re a hit, we’ll keep making them. If not, this will be the only 25 sets we ever make. Don’t miss your chance to get yours. Click here. 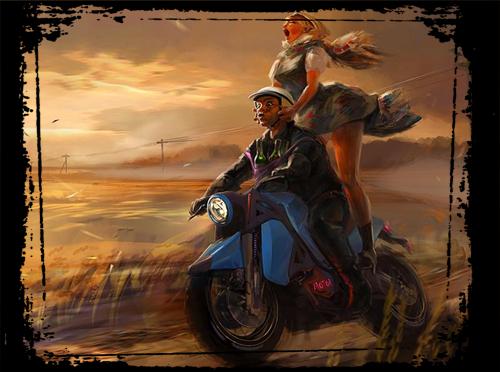 Lothario Fade introduced the girl to the ride confident she’d be amused and beguiled with his sanguine sway. As they dallied in line the dazzle of lights and whir of contraptions awakened his joy and roused reckless pulse within, he leaned close to her, inhaling the intoxicating aroma of her perfume, a whiff of lavender and hint of medicinal potent spirits. He slipped his dark hand around her naked waist, his thick fingers dawdling on the band of her polka dot pedal pushers while he eyed the contours of her tank top and pressed his lips to her ear, whispering. Keep reading.

Honda’s two-wheel and four-wheel racing roots come together in Project 2&4, a conceptual racer that combines the look and handling of an open-wheel race car with the open feel and high-revving heart of a racing bike.

Project 2&4 is powered by Honda’s RC213V competition motorcycle engine, which we’ve already seen in action in the RC213V-S sport bike. This is a MotoGP motorcycle racing engine that’s been modified to run on public roads. The 2&4’s 999cc, four-stroke V-4 boasts a screaming 14,000rpm redline and makes its peak 212 horsepower (215 PS) at an only slightly less lofty 13,000rpm. The engine’s 87 pound-feet of torque (118 Nm) is sent to the rear wheels via a six-speed DCT transmission.

The concept wraps that engine in a lightweight, compact chassis that resembles an open-wheel race car or oversize go-kart. Project 2&4 weighs a scant 893 pounds (405 kg) and has an extremely low center of mass. The overall footprint is 10 feet long (3,040mm) by 6 feet wide (1,820mm), giving the concept a wide, planted look.

One of the most interesting bits of Project 2&4’s design is its “floating seat” cockpit design, which suspends the driver’s seat (the only seat) just inches above the asphalt. This open configuration is designed to combine the feel and freedom of driving a motorcycle with the grip and characteristics of a low-slung race car. More importantly, it looks amazing.

We’ll be taking a closer look at the insane Project 2&4 when it makes an official debut at the 2015 Frankfurt auto show next week.