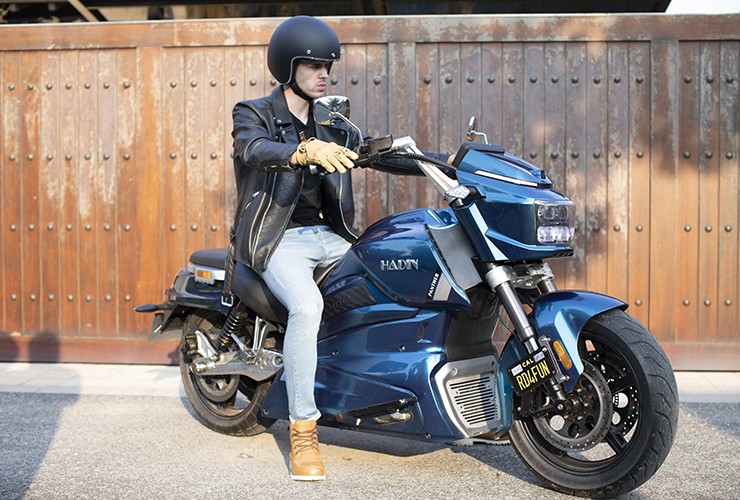 In the past few years, the electrification bug has spread to the motorcycle industry. A great deal of startups have come and went, presenting the weirdest of concepts and, at times, bikes that would actually (probably) make it into production. But, so far, nothing truly extraordinary great has made it our way.

Some could argue that Harley-Davidson’s LiveWire motorcycle is the breakthrough they’ve been waiting for. Technologically speaking, that may be true, but as far as design goes, the LiveWire is far from the look some were anticipating.

To date, very few, if none, cruiser-shaped electric bikes have been shown. But that could change as soon as next week’s EICMA 2019 show in Milan, Italy.

We’re expecting to see a wealth of high profile bikes on the floor of the Rho Fairgrounds, but few will probably be as exciting as the Hadin Panther.

Little is known at the moment about both the bike and the company that supposedly makes it. Hadin is said to be a California-based enterprise that took it upon itself to create a more Harley-like electric motorcycle that Harley itself is capable of. A bike that is „smart, comfy, clean, safe and steady.”

Officially, nothing was revealed yet about the bike’s technical capabilities, but there are rumors about the so called Hadin Panther providing 100 miles of range (160 km), a top speed of 80 mph (130 kph), and an electric motor capable of churning out a shameful 60 hp of power.

There are a few images of the bike circulating online, showing a very American-looking bike, but we’ll have to wait for the official unveiling to see some more.

If you plan on finding more about the bike and the company, you could head over to the official website, but you’d only be greeted by a landing page meant to build anticipation for the official presentation.