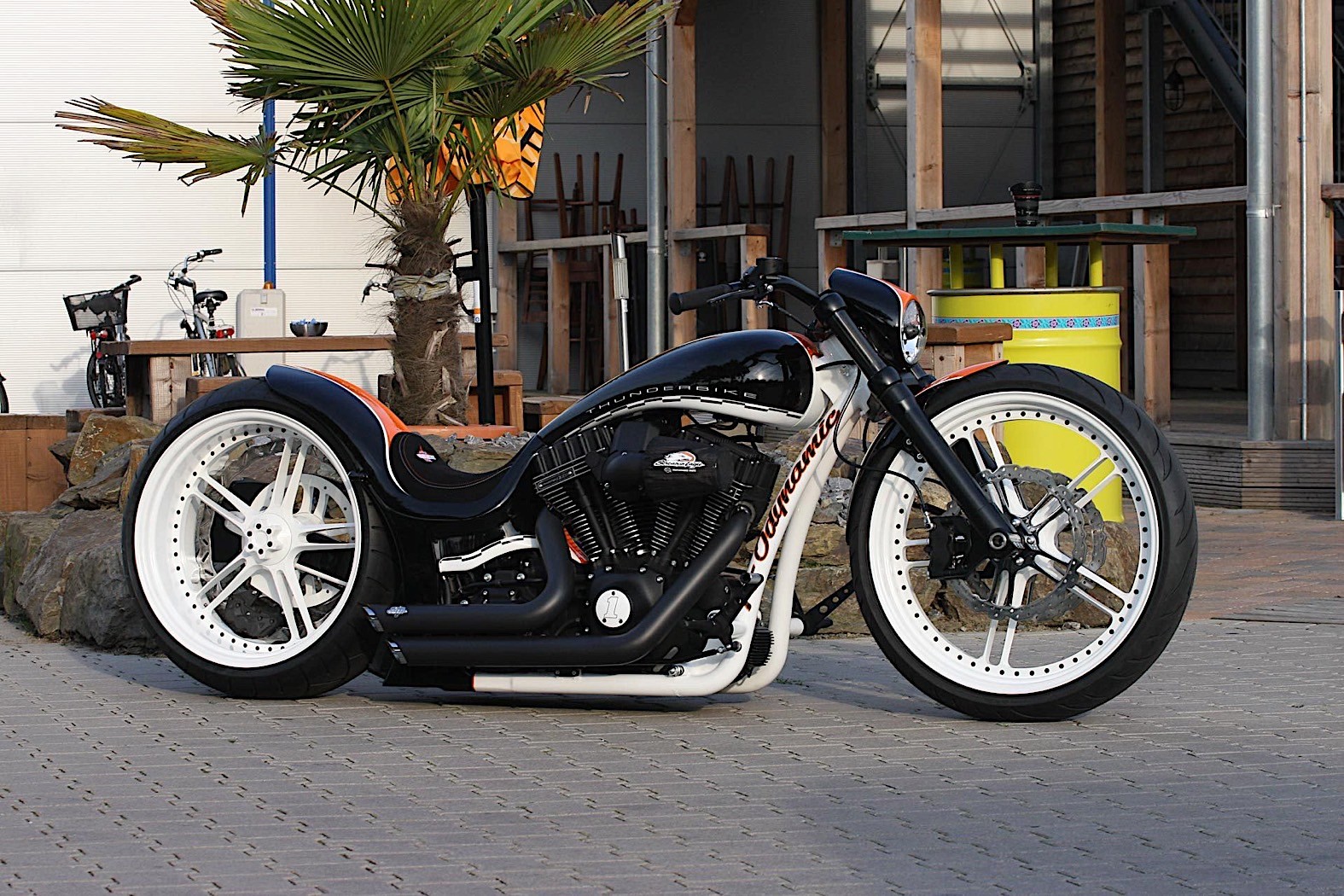 If we were to choose between a custom made motorcycle (that means built from the ground up, with different parts made to fit together in previously untried ways) and an extreme conversion of an existing series production model, we’d certainly go full custom.

Perhaps that’s owed to the countless hours spent in front of a TV screen in our childhood, seeing the likes of the Teutuls working their magic on metal while fighting each other like they were enemies. Thanks to them and others that go back decades, custom motorcycles are still very hot in America today.

Not the same can be said about Europe. There are far fewer shops there, and most of them are involved in bringing back to life old, locally-made models the likes of 1970s-1980s BMWs. Sure, there are shops specializing in reimagining Harleys, as we’ve seen in the recently concluded King of Kings competition, but almost none of them is in the business of mating Harley engines to custom frames, for instance.

We said almost because in Germany there’s a very active shop that goes by the name Thunderbike. The group has in its portfolio literally hundreds of Harley builds, most of them based on existing models, but also around 15 frames they have been playing around with for the past 25 years.

One of those frames is called Dragster R-Odynamic, and is used to underpin the bike in the gallery above. Specifically designed to work with 21-inch rear tires, it only includes the single-side swingarm, meaning everything else has to be carefully fitted to work with it.

A combination of Harley and custom Thunderbike parts was used to put the whole thing together. Aside from the engine and transmission, Milwaukee also made the headlamp, electric system, and the primary, while the Germans are responsible for the suspension, grips and handlebar, rims (23-inch front and 21-inch rear), brakes, and pretty much everything else.

The bike was completed back in 2011, and was put through its paces down Germany’s roads, as you can see in the video attached below. We are not being told how much the entire assembly cost, but you should know the frame alone is worth over 12,000 euros (roughly $14,000).