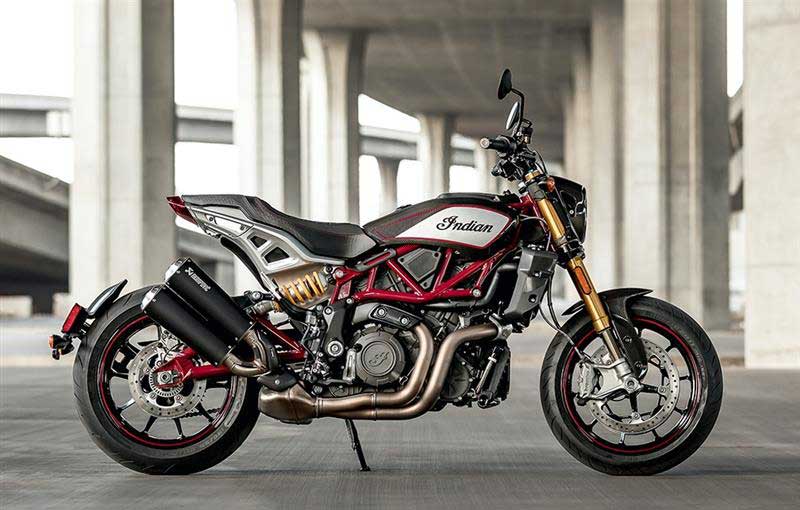 Indian Motorcycle redefined what an American V-Twin can be with the introduction of its category-defying FTR platform in 2019. Now, America’s First Motorcycle Company is taking the beloved FTR platform to a whole new level with a host of enhancements to the 2022 FTR line-up. Born and evolved as the ultimate intersection of style and performance, the FTR updates include a thoughtfully refined engine, a suspension tuned for the street, and 17” tires and wheels; together delivering world-class performance while making the bike feel more compact and maneuverable. 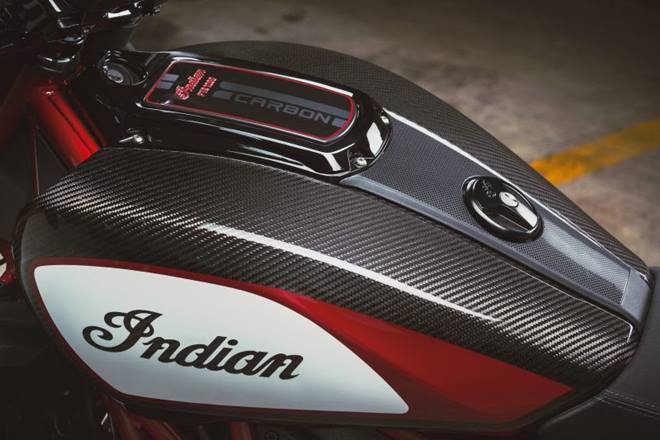 Indian Motorcycle’s parent company Polaris used to own Victory Motorcycles and one interesting product under the collaboration was Empulse TT electric motorcycle. However, after the demise of the Victory in 2017, the Empulse saw the path to the graveyard too. As of now, it is not clear if the company would exploit the same platform as the Empulse for the EFTR.

Yes, you read that absolutely right! Indian Motorcycle might be working on an all-electric version of its street tracker FTR 1200. The company has recently filed a trademark for the name ‘EFTR’ that suggests an electric motorcycle could well be under development. The trademark application doesn’t spill much information about the ‘silent’ FTR, however, it does mention ‘Electric motorcycles and structural parts.’ The FTR 1200 is a brawny and handsome looking motorcycle and hence, the EFTR is expected to follow the same philosophy as well. At present, it would be too early to comment on the specifications and performance of the upcoming Indian EFTR. Nonetheless, you can expect the bike to come with some mind-boggling numbers including astonishing acceleration time and a decent top speed too. Moreover, the bike should come with a fast-charging feature as well to offer better convenience to the buyers. In terms of features, one can expect bits like coloured TFT instrument cluster with smartphone connectivity along with multiple riding modes, dual-channel ABS and more.

The Indian EFTR can be seen as a potential rival to the likes of the Harley-Davidson LiveWire. Indian Motorcycle’s parent company Polaris used to own Victory Motorcycles and one product under the collaboration was Empulse TT electric motorcycle. However, after the demise of the Victory in the year 2017, the Empulse saw the road to the graveyard too. As of now, it is not clear if the company would exploit the same Empulse platform on the EFTR.

The said trademark has been filed in the US, European and Australian continents and hence, the upcoming electric bike is expected to be a global offering. In terms of India launch, as the charging infrastructure and adoption of EVs is still at a quite nascent stage, the launch timeline of the Indian EFTR here in India cannot be predicted with surety at the moment. Stay tuned for more!

It’s way too early to declare victory in the electric bike wars, though.

Update, 6/15/20: Indian Motorcycle’s PR firm reached out to us to clarify the nature of the EFTR trademark. It explicitly stated that said trademark “is related to a new youth-oriented product that will be unveiled later this year, and is not related to a new electric version of the FTR 1200.”

So, more comparable to the IronE bikes, perhaps. We’ll keep you posted as and when we know more.

Well, that certainly didn’t take long. Back in December 2019, the Milwaukee Business Journal announced a major shakeup at Indian Motorcycle’s parent company Polaris. In a bid at least partly intended to step up Indian’s foray into the brave new world of electric bikes, Polaris played musical chairs with its top managers across its various divisions. Steve Menneto, then-Indian Motorcycle president, moved over to preside over Polaris’ off-road category. So, who replaced him at the top of Indian?

Michael Dougherty, who was previously president of Polaris’ international division, is now that man. Former off-road president Chris Musso moved into a newly-created position at Polaris, which likely speaks to where Indian is going. Musso became senior vice president of electrification strategy for all Polaris brands, after having previously had years of experience with EVs under Polaris’ Gem, Goupil, and Ranger off-road lines. 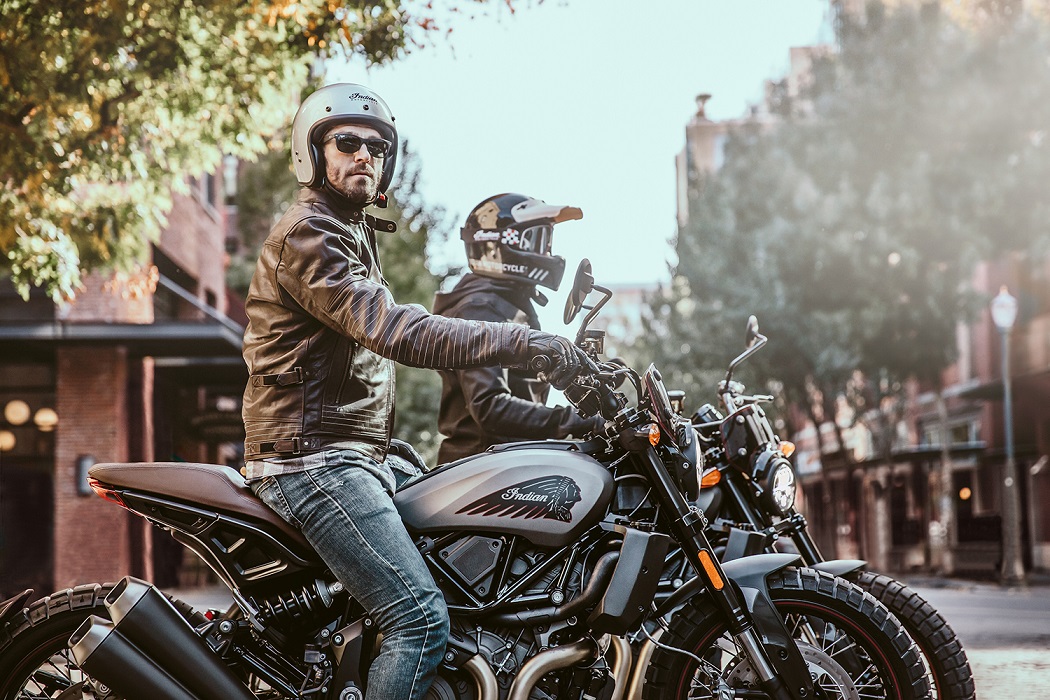 With an urban scrambler aesthetic that’s certain to turn heads, the FTR Rally takes a step in a new direction while still maintaining some of the original styling DNA of the FTR 1200.  The FTR Rally features Titanium Smoke paint with the Indian Motorcycle headdress graphic, aluminium wire wheels with stainless steel spokes and a red pinstripe, brown aviator seat, a new rally windscreen and Pirelli Scorpion Rally STR tires.

“We’re excited to offer North American riders a new take on the FTR 1200 that combines the unmistakeable look and stance of the FTR with the more classic, rugged elements that have made scramblers so beloved to city riders,” said Reid Wilson, Vice President of Indian Motorcycle. “The FTR 1200 is as much about style and self-expression as it is about street-oriented performance, and the FTR Rally delivers that combination in a totally unique way.”

The 1203cc V-twin engine features a smooth power delivery with loads of low-end punch.  The engine produces 123 horsepower, 87 ft-lbs of torque, and features a flat torque curve to deliver a fun riding experience in all conditions. The engine is housed in a black trellis frame and the FTR Rally will continue to feature an inverted front suspension with radially mounted dual Brembo brakes for exceptional control and stopping power.

The 2020 FTR Rally is compatible with the entire range of 40+ accessories specifically developed for the FTR platform, giving riders the ability to customise combinations and maintain the independence they seek when purchasing an Indian Motorcycle.

Pricing for the FTR Rally will start at $13,499 MSRP. Riders can learn more by visiting their local Indian Motorcycle dealer. For more information on the 2020 FTR Rally, or to find the nearest dealer, visit IndianMotorcycle.com and follow along on Facebook, Twitter and Instagram.