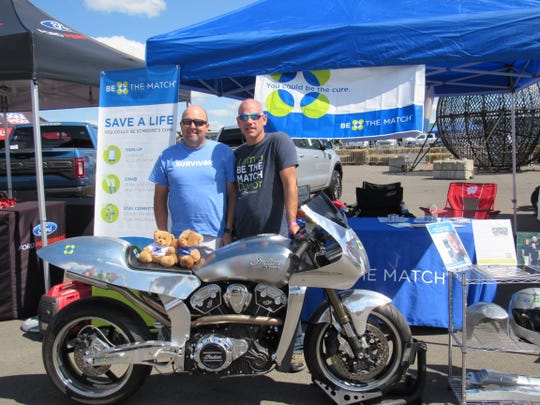 WESTON – It’s a gleaming, curvy, sport-style motorcycle with a distinct Art Deco look, and there’s no other bike like it on Earth.

Mark Ecklund of Weston took two years of painstaking, detail-oriented work to build it, hand-fabricating most of its body work from thin aluminum. For just the tail section, the 53-year-old machinist took two weeks to patiently and gently tap — using a hand-held, hammer-like metal molding tool — a piece of aluminum into the shape he wanted.

The project represents the ability to save lives. Mark created the motorcycle to honor and promote Be The Match, a worldwide organization that works to match donors of life-saving bone marrow and stem cells to people suffering from blood cancers such a leukemia and lymphoma. In 2012, Mark donated stem cells that were used to save the life of a 53-year-old Pennsylvania man, who is a husband, father and grandfather.

Mark is a serial inventor who has built and designed things such as a one-person hovercraft, a safety faucet that prevents scalding and an improved version of a compound bow, and it’s his habit to enthusiastically and compulsively throw himself into projects. But even for his standards, this motorcycle, once a brand-new Indian cruiser, is special.

A year after the transplant, Ecklund and the stem cell recipient, Todd Euen of Johnstown, Pennsylvania, met and became instant friends. The experience was so gratifying that Ecklund can’t even begin to explain it. All he can say is that the motorcycle is a physical manifestation of those feelings, and a vehicle to promote Be The Match. He and his wife, Chris Ecklund, are doing anything they can to encourage people to register for Be The Match donations.

“We want to bring that awareness to people, to have more people register,” Chris said.

The motorcycle is a work of art, Mark said, “that is more of a campaign.”

Todd, a controller at a Ford dealership, was diagnosed with leukemia in July 2012. In order to save his life, doctors rushed him to Pittsburgh, located about 66 miles west of Johnstown. If Todd hadn’t gotten treatment, he likely would have died within two weeks, doctors told him.

He received Mark’s donation in a procedure done on Christmas Eve of 2012.

Be The Match requires that donors and recipients wait a year after procedures before connecting with each other. After that year passed, Todd contacted Mark to get to know him and thank him.

“I didn’t know what to expect when I met him. He basically saved my life,” Todd said. “It was real emotional when we met. … Our family is forever grateful to him.”

‘I knew exactly what I was going to do’

Chris and Mark decided to become donors when Mark turned 35. They both regularly give blood, and it was Mark’s idea to do more.

They found Be The Match, did a little research, and then, almost on a whim, drove to the Appleton office of Be The Match to register. Chris still hasn’t been matched with a recipient.

After meeting Todd , Mark came up with the idea to design and build the Be The Match motorcycle. He talked about his plans with Chris, and she agreed that they should purchase the 2015 Indian Scout to convert. Chris didn’t quite grasp what her husband had in mind; she thought it would be a light modification of the new Indian model.

As Mark started to the project, “I thought, ‘We spent all this money to tear it apart,'” Chris said.

He wanted something that would be magnetic to other motorcycle enthusiasts. And even though Chris didn’t know the details, she’s been married to Mark for 29 years. So she wasn’t surprised when he spend nearly all his free time working on the bike. Nor was she surprised at the result.

They take the motorcycle to races and shows. First riders come see the bike, then Chris and Mark go into their Be The Match spiel, and often Chris will get people to register for donations on the spot. (It requires filling out a form and doing some cheek swabs to get DNA samples.)

Jess Klingberg, the Be The Match community engagement specialist based in Appleton, said the motorcycle is magnet for potential donors, helping sign up potential donors by the dozen. She attended a motorcycle rally with the Ecklunds. “That motorcycle turns a lot of heads,” she said.

Todd accompanied Mark and Chris to one show near Pittsburgh, and even though he’s gotten to know Mark and his all-in attitude, he was still surprised at how much gusto both Mark and Chris display when promoting Be The Match.

“They have jumped all in,” Todd said with a laugh.

Be the Match Radiothon

A live, over-the-air Radiothon for Be the Match will be held from 7 a.m. to 7 p.m. March 19 on the Wausau rock radio station WIFC-FM 95.5 Jess Klingberg, the Be The Match community engagement specialist who works in the organization’s Appleton office, will be on air to explain details about the program and tell stories about what Be The Match can mean for individuals dealing with cancer. 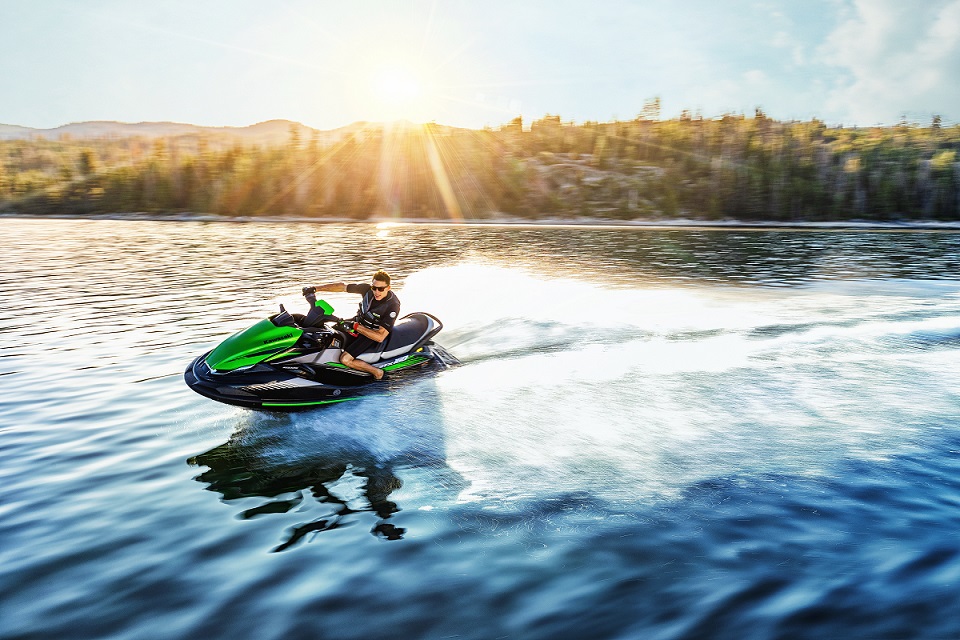 “The charities Kawasaki has chosen to work with are a fundamental part of our community,” said Bill Jenkins, SVP Sales and Operations. “We’re thrilled to have the opportunity to support charities such as the Boys and Girls Club of South Coast Area, the CHiPs for Kids Toy Drive, Honoring our Wounded Military (HOWM), Orange County Police Canine Association, and The ALS Association – Orange County Chapter. We have supported these organizations with both financial and product donations for their causes to help our community where we can.”

With the holidays fast approaching, Kawasaki employees always make sure to support those in need by providing toys and other gifts for the California Highway Patrol’s ninth annual CHiPs for KIDS toy drive. In 2019, Kawasaki team members stepped up once again to help deliver a happy holiday to families in Southern California.

And as 2019 comes to an end the Kawasaki Motors Corp. Charitable Match Contribution Program employees have additionally raised nearly $10,000 for various charities serving an array of causes across the country. 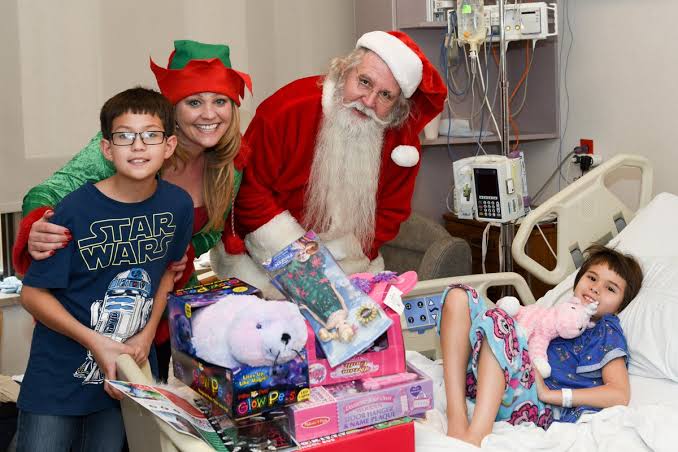 DOSWELL, Va. — Illuminate Light Show and Santa’s Village at Meadow Event Park is partnering with Harley Davidson of Ashland next Saturday to host a toy ride for Mason’s Toy Box.

All participating motorcyclists will receive free admission to the park in exchange for a new, unwrapped toy will get into the holiday lights experience for free.

Kelley Kassay, whose son Mason passed away from a rare childhood cancer, founded the organization that collects toys for sick children.

Kassay said toys for teens and babies are most needed.

“Anything to entertain you when you’re in the hospital,” Kassay said. “And then for babies stuff, there are a lot of NICUs that we serve and we always have a shortage there. And children that have developmental delays also require those toys.”

The donations will be delivered to area hospitals.