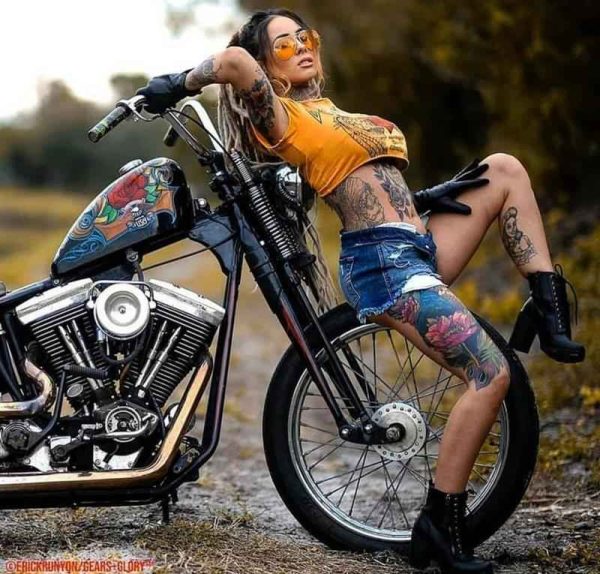 It’s Uplifting and Inspiring…. So Get Rolling

CLICK HERE To Read the Weekly News only On Bikernet.com 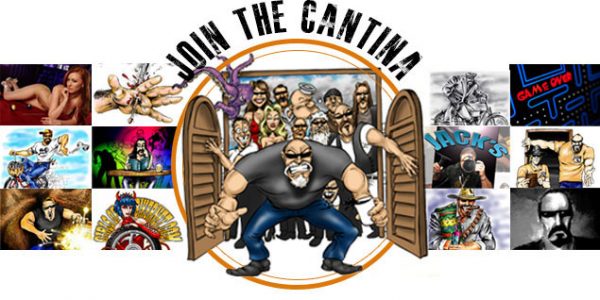 Get more out of your motorcycling lifestyle – Join Bandit’s Cantina. Celebrate 25 Years of Bikernet.com. CLICK HERE To Sign-up. 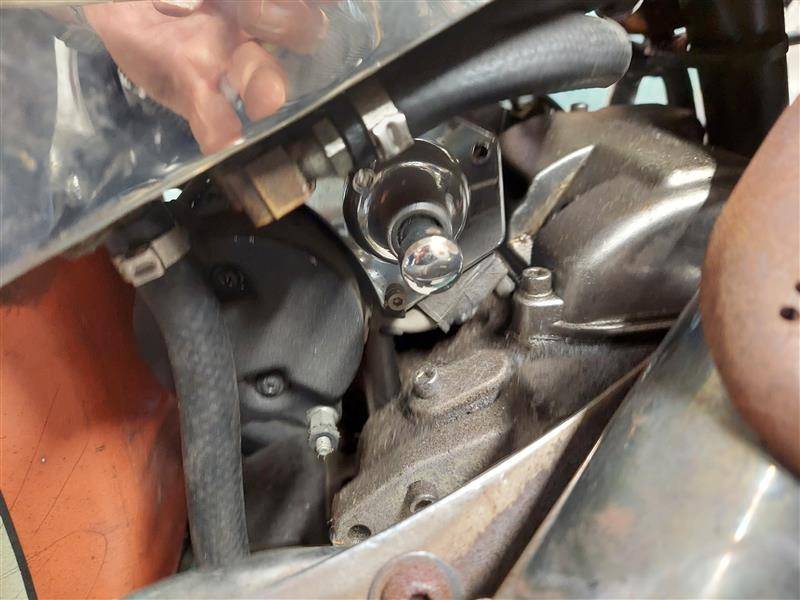 By Bandit with photos by Wrench

Okay, so here’s the confession. When I build bobbers or choppers, I try to keep everything simple and super reliable. For instance, electric start circuits, which involve starter relays, buttons, handlebar switches, you name it. Maybe Billy from Spyke came up with this system that eliminates almost everything.

They are the shit for reliable, no mess starting every time. There’s but one issue with these puppies, position. They are usually located on the front of the starter solenoid under the oil tank, which can be an issue for stock bikes.

READ THIS Great Tech Article on Bikernet by Clicking Here.

All the Photos & Tricks in it so check it out today.

For incredible 25 Years of Bikernet.com Online Archive made easy – Support Us…. 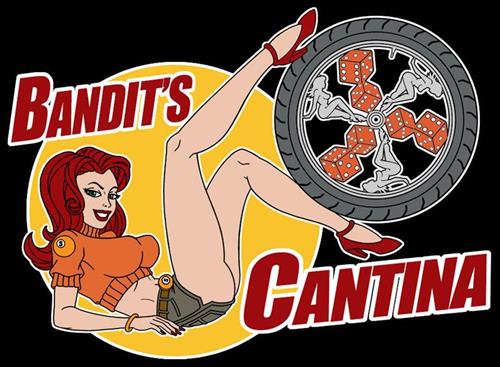 ….All ya gotta do is sign-up for Bandit’s Cantina. At just 24.95 for a year it includes Bikernet Bling for Free. Click Here to Join. Best joint online!!! 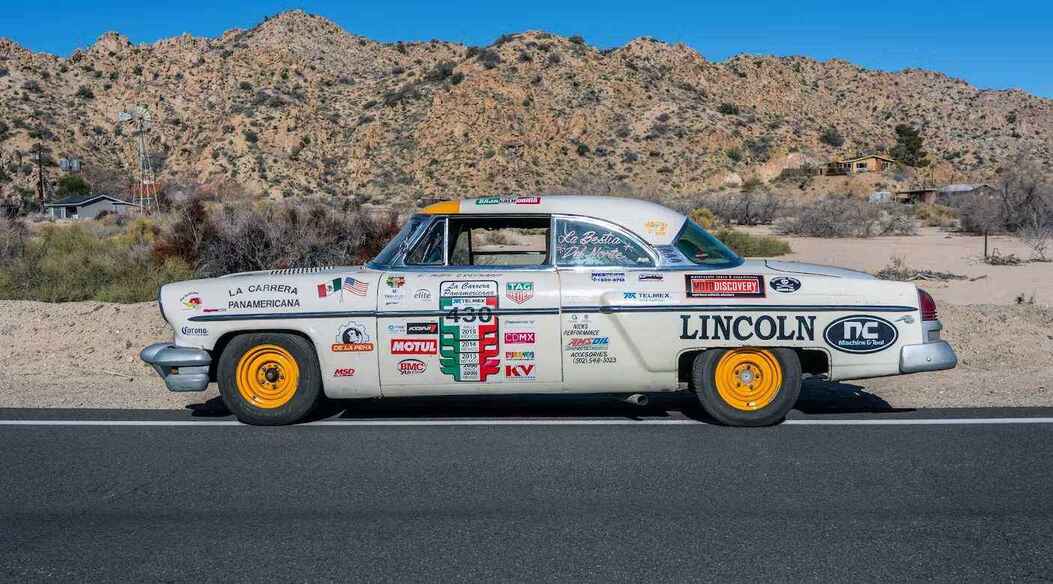 This Cosmopolitan is a modern-day recreation, made to race in the late 1990s and now boasting a significant number of accolades.

Plus this stinkin’ Lincoln is directly connected to Bikernet.com and 5-Ball Racing.

This car brings back memories. I was a crew member/co-captain with its new owner Dr. Christian Reichardt or Doctor Hamster to you in 2005. It was originally raced in the ‘70s and the body was modified in the ‘90s. We worked on the classic mechanically and prepared the car for the 2005 La Carrera Pan Americana road race in the vintage class. We brought a 2nd Place trophy home.

CLICK HERE to get Bandit’s insight into this unique Carrera Panamericana.

While you are at it read the Original Photo Feature Article from Hagerty.com at that link as well. 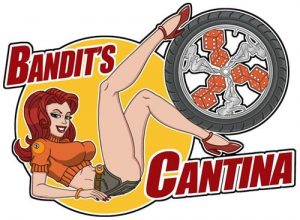 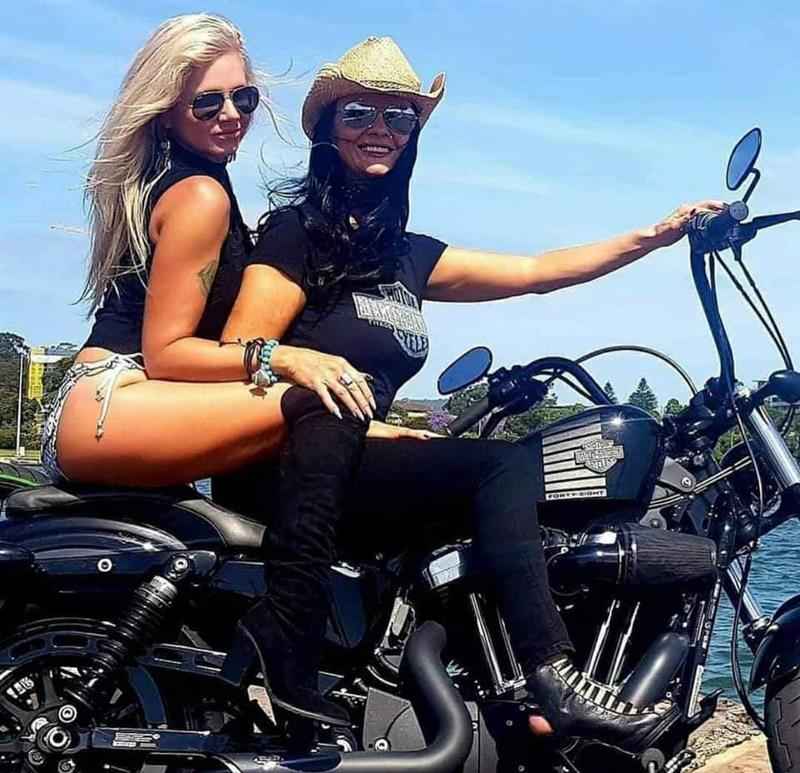 It Rocks with News from Everywhere…

Hey,
Memorial day has always been the summer kick-off party. But in a sense, it’s the ultimate freedom weekend. We are truly honoring the folks who died for freedom. 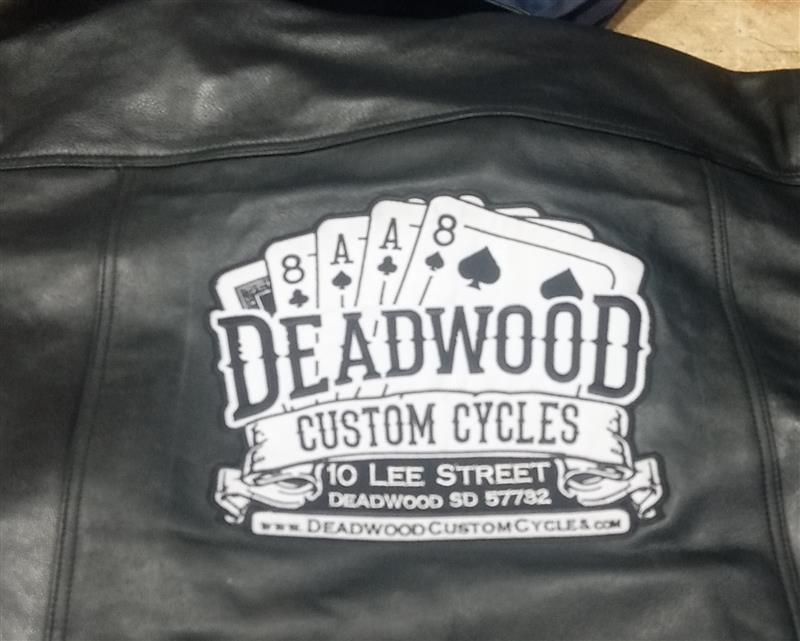 We handled a 5-Ball Jak Shirt with embroidery for Deadwood Custom Cycles. Too Cool! CLICK IMAGE for Info.

NCOM Biker Newsbytes for May 2022 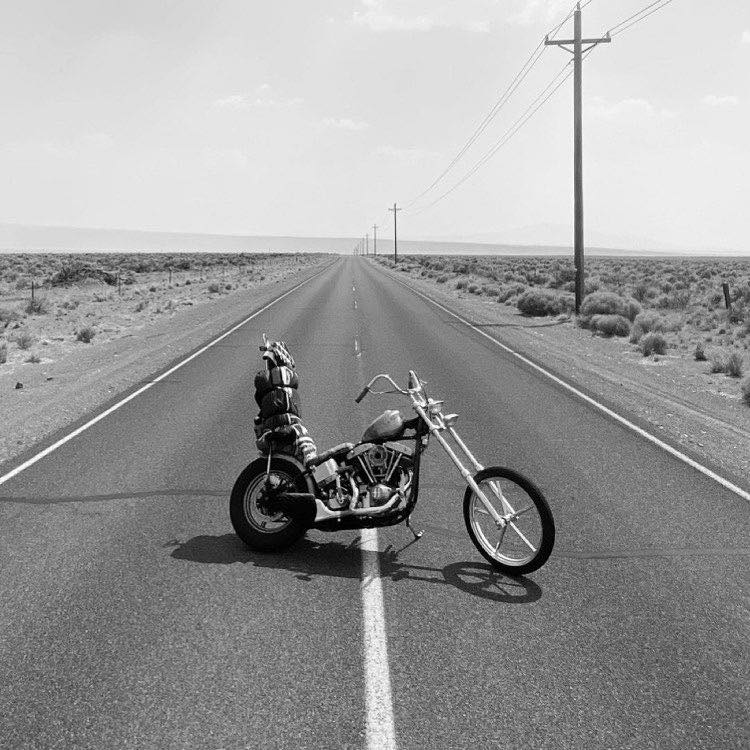 National Coalition of Motorcyclists (NCOM) News provides updates on motorcycle industry, market, legislation, rights of bikers, motorcyclists in USA, and motorcycle news from around the world.

CLICK HERE To Read the May-2022 NCOM Biker Newsbytes

The 37th annual NCOM Convention in Nashville, Tennessee will draw hundreds of bikers’ rights activists from across America to “Music City, USA” from June 17-19 at the Embassy Suites by Hilton Nashville Airport, 10 Century Blvd. (615-871-0033 for room reservations), to discuss and develop legal and legislative strategies regarding issues of concern to all riders.

For more information, or to pre-register (by June 10), call the National Coalition of Motorcyclists at (800) 525-5355 or visit www.ON-A-BIKE.com. ALL motorcyclists are welcome and encouraged to attend! 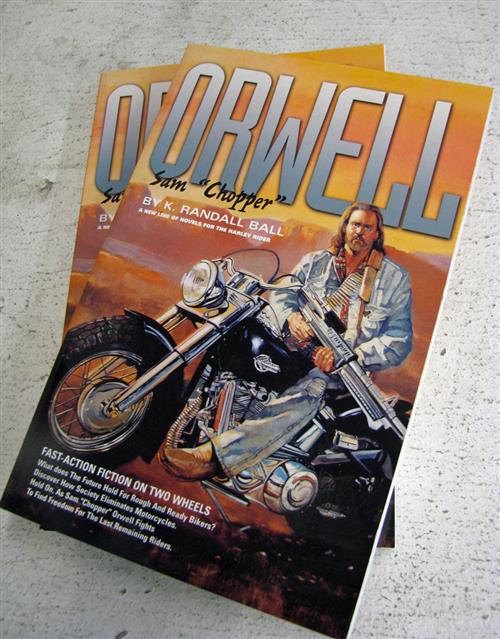 You get one of the books from the various titles for Free with a 2 year Cantina membership.

Grab these while they last – just like your ICE engine & gas. Click & checkout the exclusive books that reveal how things were and where we are heading. Better directions than popular media.

You get one of the books from the various titles for Free with a 2 year Cantina membership.

Visit https://www.bikernet.com/ to understand the 25 year legacy of this online publication.

You won’t find a better source for motorcycle Tech or News online — or functional Riding Gear designed by bikers for bikers.

The Leader Bikernet Weekly News for May 19th, 2022 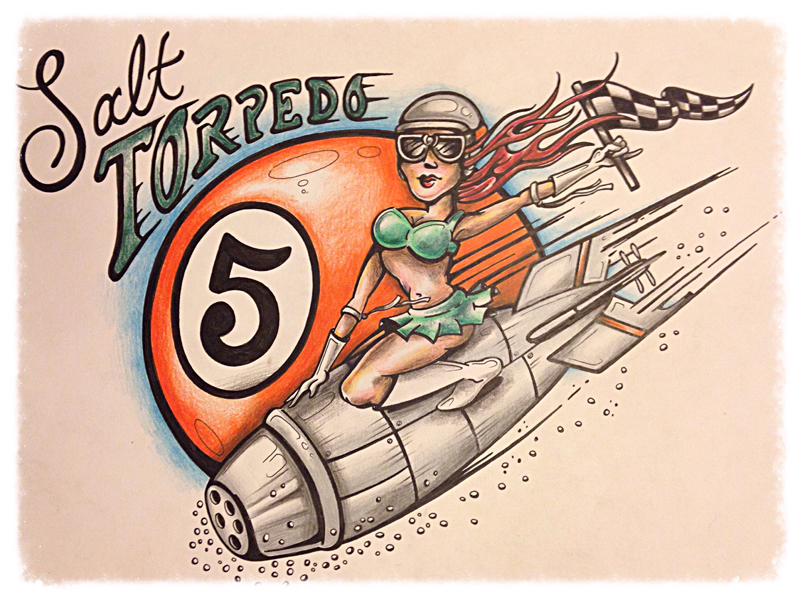 Lee Clemens from Departure Bike Works sent a highly modified S&S B carb and an intake manifold. I need a few more parts to make it complete for our Bonneville effort, the Salt Torpedo.

Life is all nuts. But we’re making progress, goddammit! 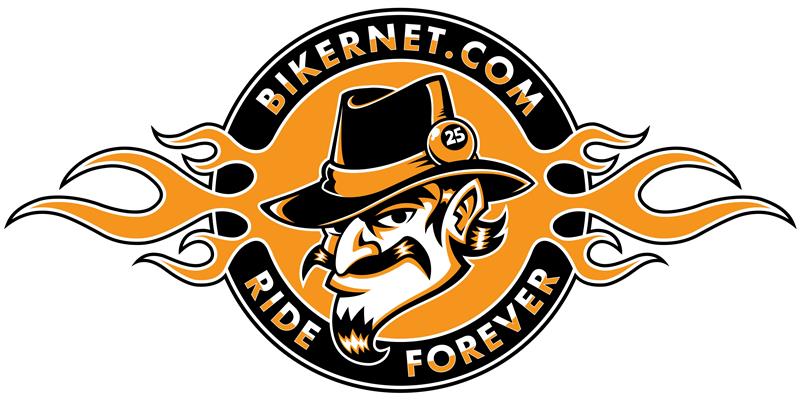 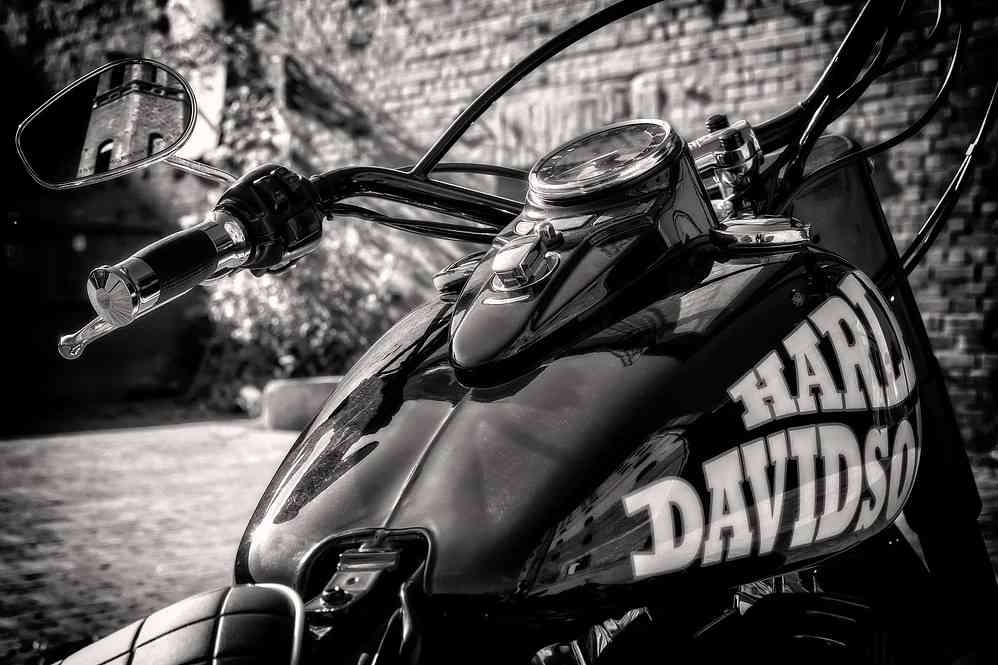 Earlier Harley-Davidson, exited the Indian market and again entered in 2020.

Hero MotoCorp took over Harley’s distribution in India in October 2020 including motorcycles, accessories, merchandise and more. The company is currently operating about 13 dealerships and 10 authorised service centres across the country.

Harley-Davidson has witnessed a resurgence in its sales in India as the brand managed to regain the number one spot in the high-end motorcycle segment in the country. The company, which announced its exit and subsequent re-entry into the Indian market in 2020, has been on a road to a revival with partner Hero MotoCorp.

According to the data shared by SIAM, Harley sold 601 motorcycles in FY-2022, of which 531 units were sold in the 1,000 cc and above two-wheeler segment. The company witnessed a 37 per cent growth year-on-year. In comparison, only 206 Harley-Davidson motorcycles were sold during FY-2021.

When compared to other premium motorcycle brands, Harley was substantially ahead with Triumph Motorcycles India selling 336 units, Kawasaki selling 283 units, Suzuki selling 233 and Honda selling 71 units in the 1,000 cc and above motorcycle segment.

The majority of the iconic American brand’s sales have been driven by its new launches, the Pan America 1250 adventure tourer and the Sportster S cruiser and mark a revolution, both in terms of a platform and segment for the manufacturer.

It’s also noteworthy that a bulk of Harley’s previous sales in India were driven by entry-level offerings like the Street 750, Iron 883 and the Forty-Eight, which were locally assembled. While the latter models are still on sale, they are now wholly imported much like the rest of the range comprising the Pan America 1250, Sportster S, Fab Bob, Fat Boy, Heritage Classic, Road King, Road Glide and Street Glide.

The company is now gearing up to introduce the Harley-Davidson Nightster S later this year. 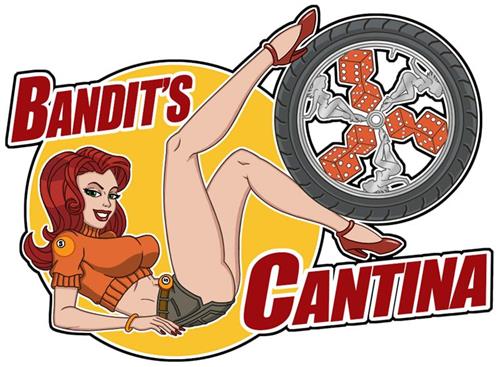 Get all the Harley-Davidson Buzz, Tech on Custom Builds, Racing, Events, Ride Experience at Bandit’s Cantina – Click to Sign-up.

What is Bandit’s Cantina anyway? 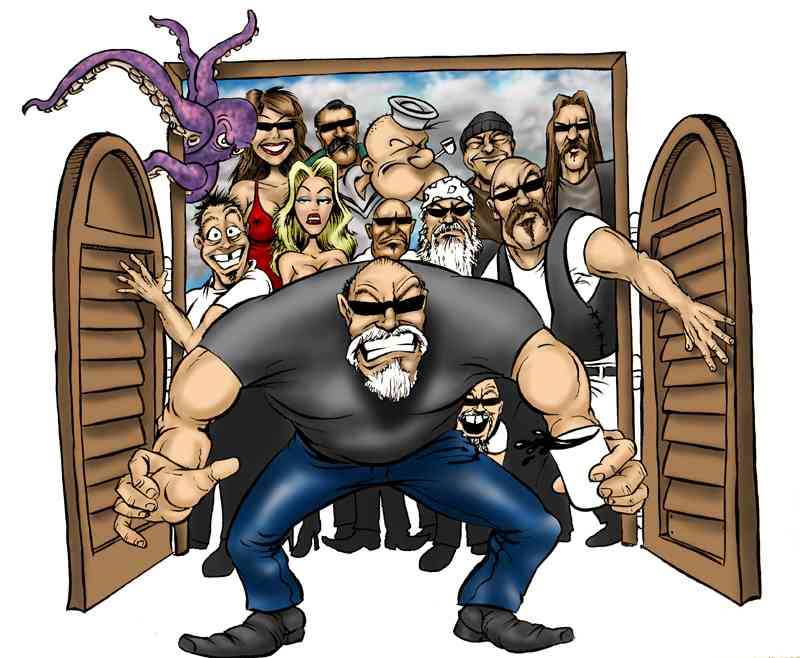 Bandit’s Cantina is a special place. It’s like your favorite watering hole or whorehouse. It’s a place where bikers can come to relax, kick back, dream and enjoy the adventure of being a biker and nobody will fuck with you.

What is different about it is that it is available worldwide, 24×7, all 365 days of the year!

How? Well, it is courtesy of the vision of Keith ‘Bandit’ Ball who started www.Bikernet.com in 1996 – that is 25 years ago. Anyone in the world with an internet connection can ride into the Cantina to catch a break. There are exclusive entertainment options in there – women, true wild motorcycle stories, antique or classic motorcycle information and entire books written by Bandit.

One year membership is as low as $25 and that’s lower than choice of your weekly coffee or beer which you get to carry into this roadhouse!

No, there is no monthly subscription offer which is as low as that – but at $25 for a year, you won’t find a better motorcycling content website for sure. All this from industry veterans including Senior Editor Rogue.

The Almost Best of Times Bikernet Weekly News for May 12th, 2022 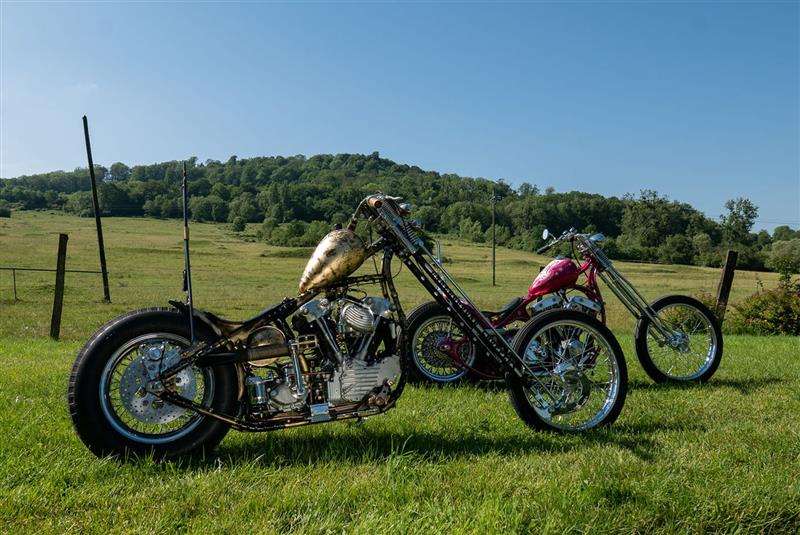 Life is nuts, but we’re living in the best of times. Think about your phone, your car, all the technology to keep us safe and going to the next wild event.

We look around the world at all the bad shit, and wonder why anyone bothers with the bullshit, when you could be camping, building cool shit, riding with the wind, going on a run, flying an airplane, heading to a car show or a bike show or enjoying a day in the park with your kids.

Okay, so I went on the Cycle Source Podcast last week. I didn’t do as well as I would have liked to, but what the hell. It’s just a couple of grubby bikers and the lovely Cycle Source Queen trying to entertain more grubby bikers.

Let’s hit the news. (click here for the Weekly News) 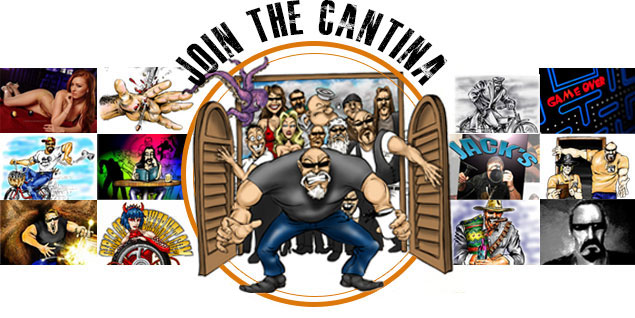 The Electric Bikernet Weekly News for May 5th, 2022 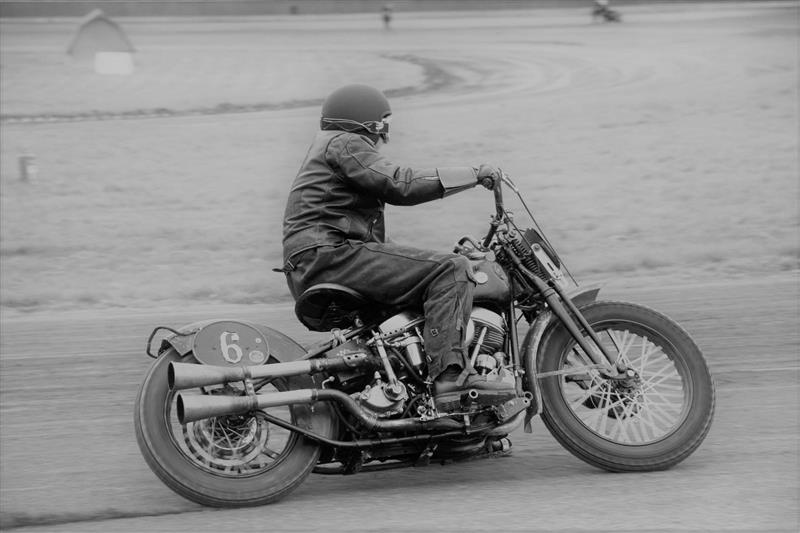 It’s All over the place, find your own, Fast & Free!!!
Click Here To Read the Weekly News on Bikernet.com

Talk about a major issue facing our lives currently and in some respects being shoved down our throats.

Most of the industry is just plain scared to even ask about the issue. Some of the industry organizations are being bullied by environmental groups. This is a very strange position to be in right now. I have simply asked for scientific transparency.

I’m not for or against electric. If it works, it will make for much more simple vehicles. Electric has been tried a number of times. Maybe we have the technology to make it fly this time and maybe not. 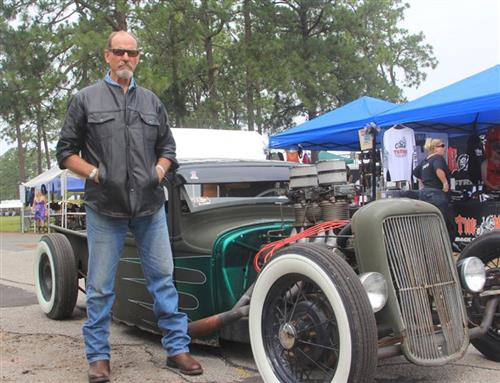 If you haven’t already, check out the new 5-Ball Racing Shop – Click & Go!