Do You Own a Motorcycle Airbag if You Have to Pay Extra to Inflate It? 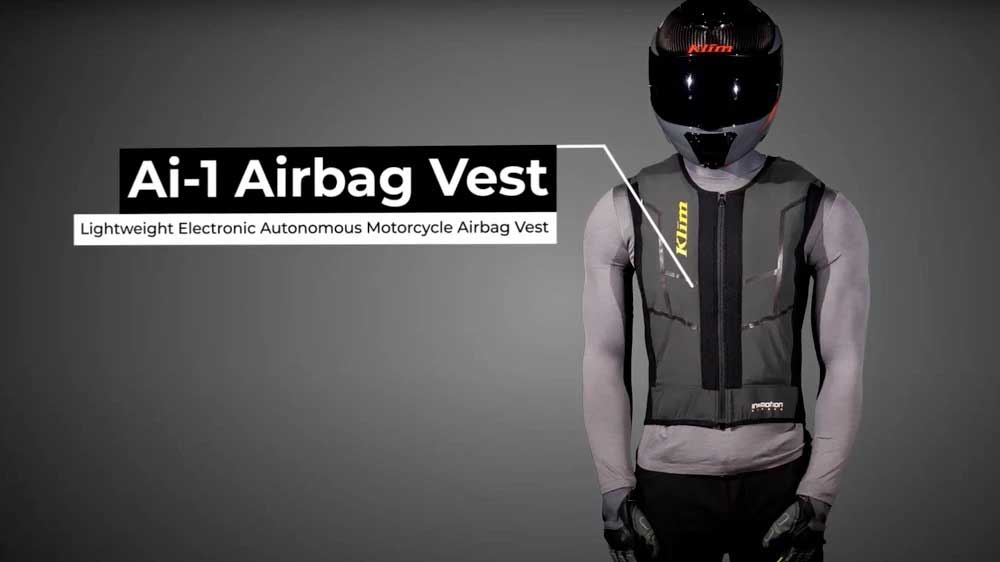 “Pardon me while I feed the meter on my critical safety device,” quips a Hackaday article:
If you ride a motorcycle, you may have noticed that the cost of airbag vests has dropped. In one case, something very different is going on here. As reported by Motherboard, you can pick up a KLIM Ai-1 for $400 but the airbag built into it will not function until unlocked with an additional purchase, and a big one at that. So do you really own the vest for $400…?

The Klim airbag vest has two components that make it work. The vest itself is from Klim and costs $400 and arrives along with the airbag unit. But if you want it to actually detect an accident and inflate, you need load up a smartphone app and activate a small black box made by a different company: In&Motion. That requires your choice of another $400 payment or you can subscribe at $12 a month or $120 a year.

If you fail to renew, the vest is essentially worthless.

Hackaday notes it raises the question of what it means to own a piece of technology.

“Do you own your cable modem or cell phone if you aren’t allowed to open it up? Do you own a piece of software that wants to call home periodically and won’t let you stop it?”

This Motorcycle Airbag Vest Will Stop Working If You Miss a Payment
by Aaron Gordon from https://www.vice.com

Airbag vests are pretty much exactly what they sound like, garments worn by people who undertake exceedingly dangerous personal hobbies in order to slightly reduce the risk of severe bodily harm or death. For example, in 2018 the motorcycle racing circuit MotoGP made airbag vests mandatory.

Since then airbag vests have become steadily cheaper and therefore more popular among recreational riders. One motorcycle apparel company named Klim, for example, sells an airbag vest called the Ai-1 for $400. In the promotional video launching the product, product line manager Jayson Plummer called the vest “a whole new era of a platform where analog meets digital and results in a superior protection story.” Which is an interesting way of framing the fact that the vest includes an additional subscription-based payment option that will block the vest from inflating if the payments don’t go through.

This is possible because the vest includes two components: the vest itself made by Klim and the airbag system including a small black box made by a French company called In&Motion called the “In&Box detection module.” The module has the sensors and computer components that detect a crash and make the bags inflate.

The customer buys the vest for $400 which comes with the module, but then they must download an app and choose how to unlock the module so the vest actually works: either plonk down another $400 to own the whole shebang outright—bringing the total vest cost to $800—or, as Plummer put it in the video, opt for the “subscription-based model” of $12 per month or $120 per year.

In the video, Plummer promotes this as a good option for people who don’t ride year-round and therefore may only need a functioning vest a couple of months a year. But when Motherboard asked Klim about what would happen if, say, the customer forgot to turn the subscription back on and got into a crash, a customer service representative confirmed “then, no, it will not go off.” Likewise, if the customer’s card is declined, they will have a 30-day grace period to update their payment information before the vest stops working, according to Klim communication manager Lukas Eddy.

“When it comes to missing payments and airbag functionality, In&motion’s payment notifications and 30-day grace period are reasonable—at some point, if a person stops paying for a service, that service has to be suspended, just like your utilities or a cell phone plan,” Eddy wrote to Motherboard in an email. “Further, if someone pauses their subscription and forgets to restart it, they won’t actually be able to get their In&box into ride-ready status when they go to turn it on. If they then choose to ignore the indicators and ride with the In&box inactive, that’s on them and we can expect it not to inflate in the event of a crash.”

Considering all the truly impressive technology that goes into the Ai-1 airbag vest, the prospect of someone getting seriously maimed or even killed in a motorcycle crash because their subscription to their life-preserving physical barrier got turned off occupies a particularly morbid corner of Internet-of-Things dystopian horror. Sadly, it is also not that distant from what automakers have been doing for decades by making safety features premium offerings that cost extra, and what they will likely do now that over the air updates are rapidly spreading to every new vehicle.

Car companies are increasingly seeing dollar signs at the prospect of paywalling features that need to be unlocked via a software update. It is so easy for me to imagine automakers paywalling airbags just like this motorcycle vest does if it wasn’t federal law they must provide them. So think of the paywalled motorcycle airbag vest as just another glimpse into how much worse our late capitalism horror show would be without previous generations of lawmakers on both sides of the political spectrum understanding the importance of regulation.

Update: This article was updated with comments from a Klim representative provided to Motherboard after publication. It also corrected a statement a Klim customer representative told Motherboard that the vest would be deactivated after a week of non-payment. A Klim spokesperson said customers will have 30 days. 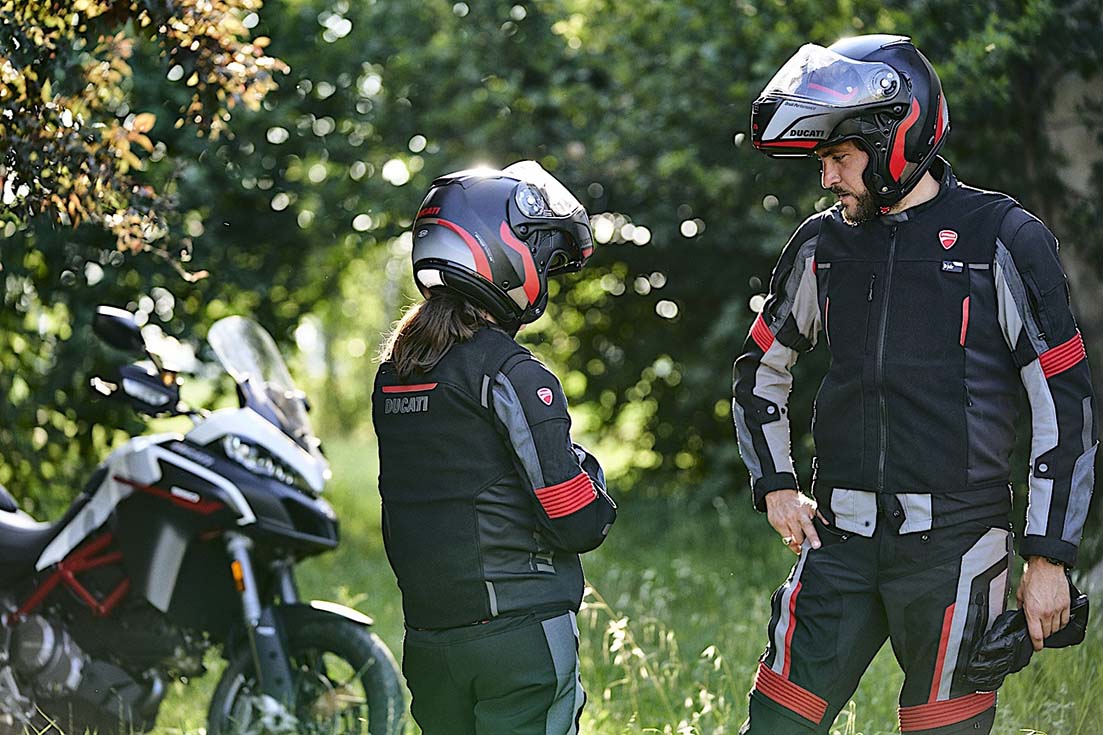 Following a bunch of novelties on the motorcycle front over the past few months, Italian carmaker Ducati expands the scope of its business with the introduction in its 2021 apparel collection of something it calls the Smart Jacket.

The product, developed together with specialized company Dainese, uses the so-called D-air airbag technology, specifically adapted and branded to use with other Ducati gear.

According to the Italian bike maker, the device can be worn over or under any other motorcycle jacket, and it needs no physical connection to the bike to work.

The airbag system has everything it needs to function embedded in itself. It runs on batteries that can keep it alert for 26 hours at a time (recharging is made using any available USB plug). An electronic control unit is on deck, looking at available data 1,000 times per second to predict sliding, high-siding, rear-end collisions, or impact with other objects in front.

When such a scenario takes place, the control unit automatically tells the jacket to inflate along the entire surface, wrapping the rider in a soft shield that prevents them from being seriously injured. According to the specs, the protection achieved using this system is “equal to that of seven level 1 back protectors, without having any rigid protector inside.”

And it’s practical, too. “Ducati Smart Jacket is an extremely light and practical garment, which, once you get off the bike, can be easily folded and stored in a side bag or backpack,” say the Italians.

“In addition, another technological innovation introduced by Dainese allows the protective bag on the chest to be folded, to occupy a smaller area and thus allow the passage of air through the fabric of the vest.”

Ducati does not say anything about pricing for the jacket but reveals they are already available at dealers, in both men’s and women’s versions. Important to note is that the use of this equipment requires registration and activation. 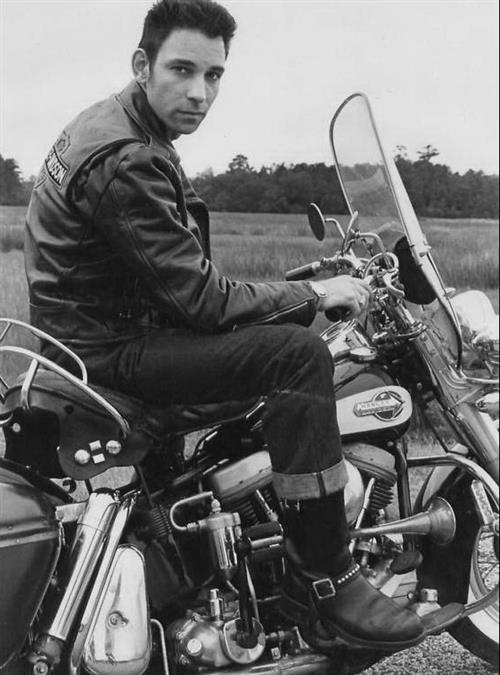 From Helmet Laws to the Freedom to Race
By Bill Bish, NCOM