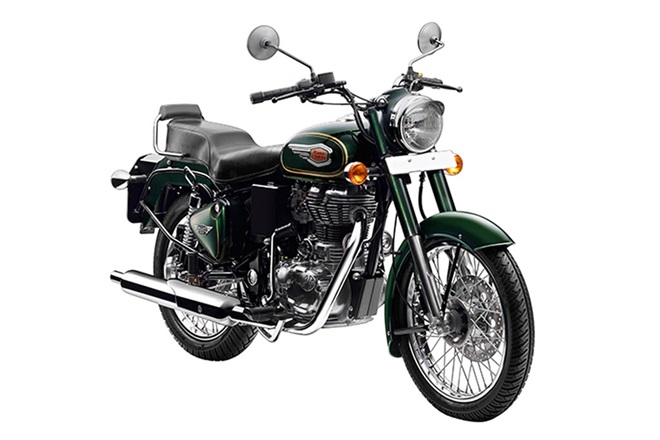 According to the report, upgrading Royal Enfield’s 500cc engine to BS-VI compliance will make the production of these motorcycles ‘unviable for the domestic market’.

As the deadline for India’s BS-VI transition closes in, Royal Enfield may be in the process of taking a drastic decision regarding its 500cc engine. According to a LiveMint report, Royal Enfield plans to discontinue its 500cc range of motorcycles from 1 April next year when BS-VI emission norms become a mandate in the country. The report further states that upgrading RE’s 500cc engine to BS-VI compliance will make the production of these motorcycles ‘unviable for the domestic market’. The sources close to the development also told LiveMint that the 500cc motorcycles would not be produced for international markets either.

The pushrod architecture of the existing 350cc and 500cc engines do not meet the stringent emission norms. As a result, the existing model lineup will be phased out… Royal Enfield plans to restore the 350cc segment with an all-new powertrain as that accounts for the bulk of sales. Meanwhile, it would quit the 500cc displacement – the report quotes the source.

The report goes on to quote the source that said that the Royal Enfield Interceptor 650 and Continental GT 650 were primarily developed for international markets and refresh the manufacturer’s rider followership in the domestic market as well. “As the 500cc line-up will be discontinued, the 650cc Twins will become the company’s export volume drivers.”

Royal Enfield has registered a drop in year-on-year sales in India over the past 11 months. However, exports have been going strong with the Interceptor 650 becoming a best-selling naked roadster in the UK recently.

As was speculated, Royal Enfield did not showcase new products at the EICMA motorcycle show this year and instead lined up its existing portfolio and custom-built motorcycles. BS-VI emission norms will be out in effect starting 1 April 2020 when we’ll know more about the subject.