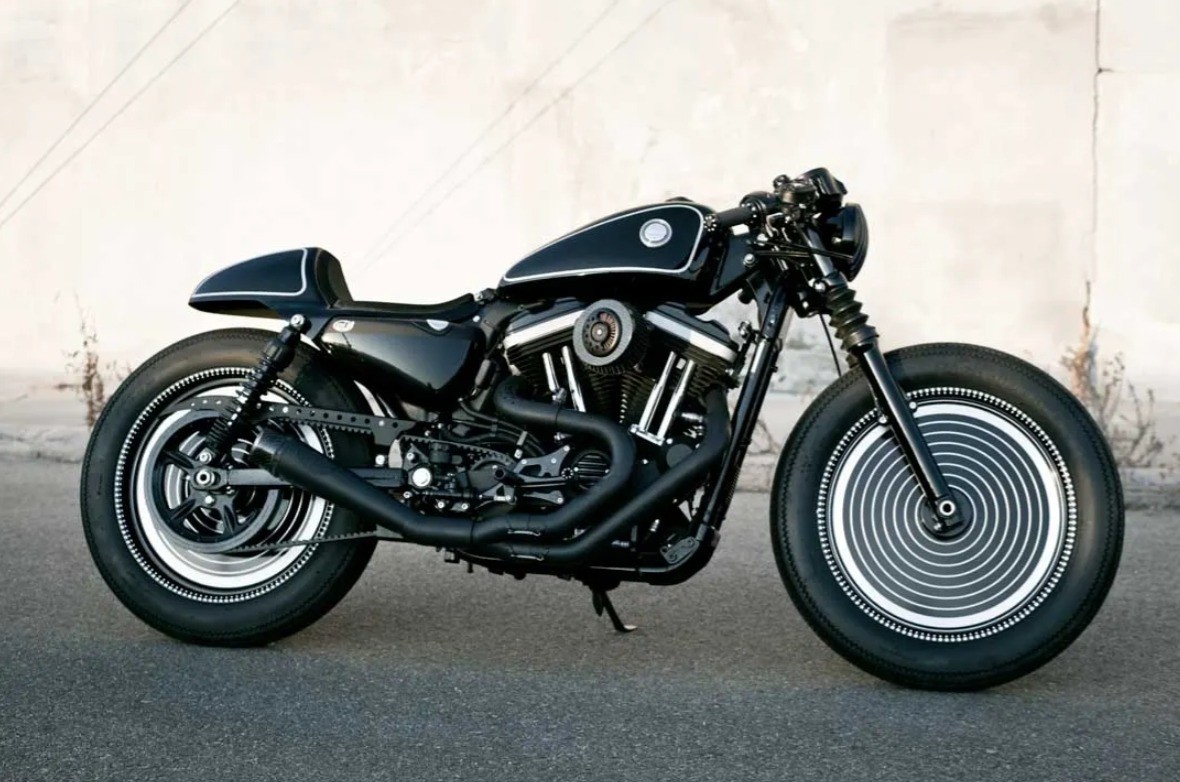 One thing’s for sure; the pros over at Roland Sands Design a no strangers to the two-wheeler realm. Besides crafting some seriously rad custom motorcycles, the California-based company also specializes in designing casual apparel and riding gear, as well as manufacturing aftermarket modules that’ll have your machine looking the part.

In the past, we’ve examined an array of ambitious exploits from RSD, such as a feral BMW R18 behemoth and one gorgeous MV Agusta Dragster 800RR, to name a couple. Let me tell you, there’s no shortage of breathtaking goodness in their spectacular portfolio. As you browse through, you’ll run into virtually countless awe-inspiring works of two-wheeled art that guarantee to soothe each and every last corner of your moto-loving soul.

As such, it goes without saying these folks aren’t playing around. RSD’s outstanding ventures earned them a reputation as a force to be reckoned with, an accomplishment that led to a great deal of successful (and often unexpected) collaborations. For a clear demonstration of their abilities, let’s take a closer look at one such exploit, shall we?

The project in question was commissioned by none other than Technics, a revered producer of audio equipment. They requested that Roland Sands converts Harley Davidson’s ferocious 883 Sportster into a tribute to their iconic DJing gadgets. While that may sound a little odd to some, the team gladly accepted.

To give you a better idea as to how far their undertaking has come, we’ll start by reminding ourselves of the donor’s main characteristics. The 883 Sportster is powered by a brutal Evolution V-twin engine, with two valves per cylinder and a humungous displacement of 883cc. At 6,000 rpm, this nasty piece of air-cooled machinery is capable of generating up to 51 hp, along with 54 pound-feet (73 Nm) of feral torque output at approximately 3,750 revs. The leviathan’s force travels to a belt final drive by means of a five-speed gearbox.

When one such monstrosity landed on RSD’s doorstep, the crew kicked things off by selecting several components from their own inventory to replace the stock units. These include a malicious two-into-one exhaust system, new foot pegs and a set of clip-on handlebars, besides fresh lighting kits on both ends.

To go the extra mile, they fabricated a slim custom fuel tank and upholstered a neat saddle that keeps things looking classy. Additionally, the moto wizards drew inspiration from Technics’ turntable layout to create a couple of juicy wheel covers, which complement the chosen theme.

The finishing touches consisted of installing top-grade Champion Deluxe tires from Firestone and longer shock absorbers to alter the bike’s stance. Last but not least, the 883 Sportster received an elegant black paintwork, accompanied by silver accents.

Right, now that we’ve wrapped his up, I’ll be heading to Roland Sands Design’s Instagram and Facebook profiles to drool over the remainder of their unique creatures. I’d strongly encourage that you do the same!