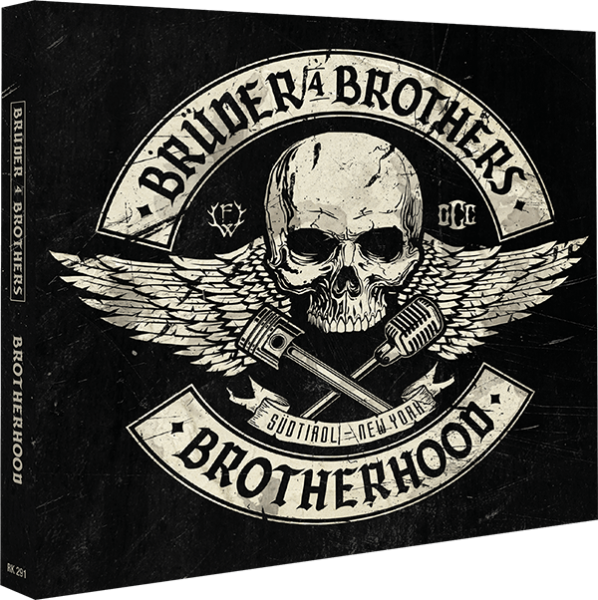 Is Hard-Driving, Rock Anthem for Troubled Times Around the Globe

A high-octane rock album, Brotherhood features the catchy melodies and dominate guitar riffs expected by fans of Frei.Wild—The New York Times has described their music as “a punk-inflected variant of “Deutschrock”—adding purely American influences such as country music elements and production-technical refinement.

Frei.Wild translates to “outlaws” in German, so it was only natural to partner with American “outlaws”—long-time personal friends of the band, who they met in 2018  at a dinner held during the Harley in the Snow event in Ridnaun, Italy—on a joint project under the name Bruder 4 Brothers [Brothers 4 Brothers].

While the initial single, “Freundschaft Brotherhood” [Friends Brotherhood], released May 15, was written and recorded long before the current pandemic crisis, it’s a message that is uniquely relevant during the Coronavirus epidemic—Brothers we will always be, to eternity, around the world—as an anthem for what is happening today and the need to all band together.

Hear the single and watch the video: https://www.youtube.com/watch?v=TETdvYafPh8

The second single, “Burn Fire Burn for Me”—featuring an animated video due to inability to film during the current quarantine—will be released July 3. Other songs on the album include:  “Pussy or a Man,” “Do You See My Devil,” “A Man and His Honor,” “Smell the Gasoline,” “You, Me and the Night,” “Steel Horse,” “The True Feeling of Freedom” and “Don’t Get Better Than This.”