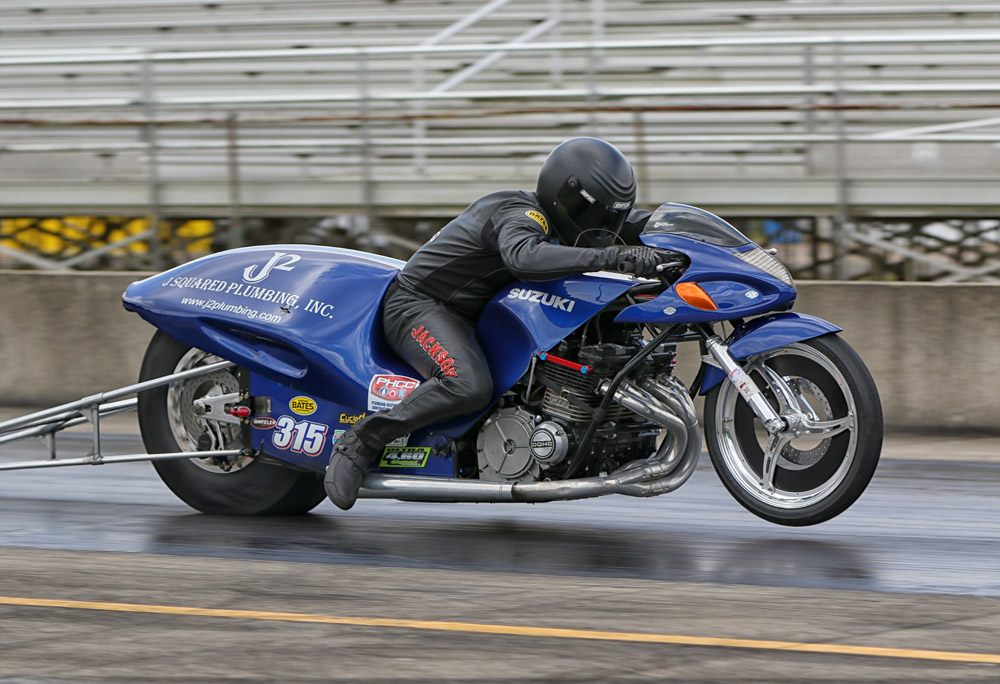 where: World Wide Technology at Gateway in Madison, Illinois, USA

They’ll all be sending nitrous and turbo bikes hellbent to the eighth mile and—most importantly—chasing points leader Broderick Jackson for the championship. He leads Rodney by 20 and Muntain by 23.

Markham’s son Dalton Markham has a stout 120 point lead over Joe Klemme in MPS Pro ET, with spooky another 20 back.

Lee leads Hardcore Cycles Top Gas points by 40 over Dan Jewell, who has 27 on Mike Hall.

QO Bikes Real Street racers will all be working their no-bar magic.

And when darkness descends on Gateway, the St. Louis Chaos of NHDRO’s VooDoo Grudge takes over the quarter mile. Midwestern grudge racing has come into it’s own, full grown, bad-to-the-bone self and Gateway will be thumpin’!