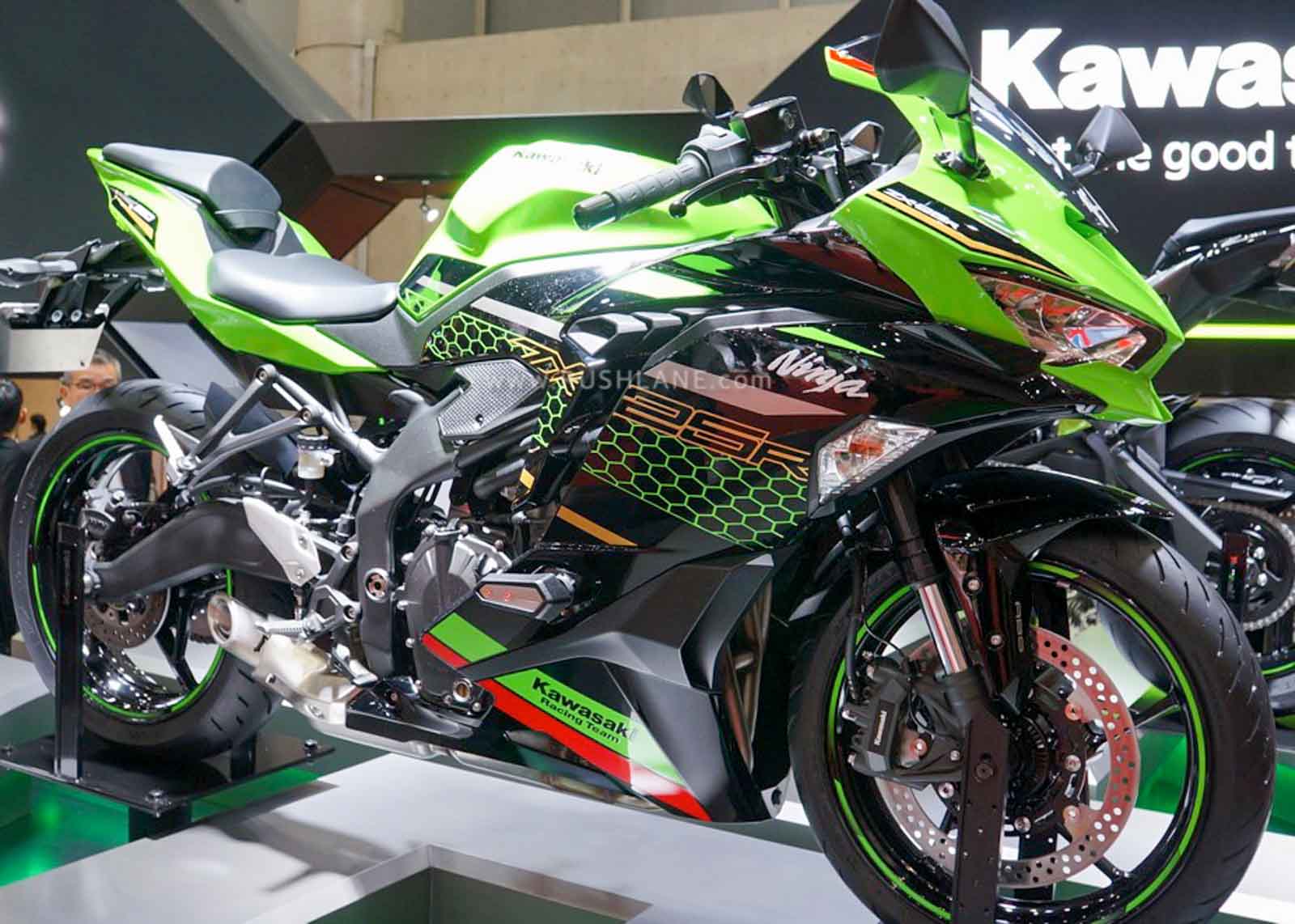 by Abhinand Venugopal from https://www.rushlane.com/

The upcoming Kawasaki ZX-25R hit all headlines in the motorcycle world about two months back, after its official introduction at the Tokyo Motor Show 2019.

With aesthetics resembling its bigger siblings such as the ZX-6R and ZX-10R, the ZX-25R is quite the package for a 250cc motorcycle. The 25R is powered by a 249cc liquid-cooled DOHC ‘four-cylinder’ engine i.e. just over 60cc in each cylinder. The official output figures are not available at the moment, but rumours claim it peaks at almost 60bhp, at around 17,000rpm — yes, you’ve read that right!

Prices are not yet revealed for any region in the world and we see minimal chances of it hitting the Indian market. However, if it does happen to come to your local Kawasaki dealership, expect a price tag of at least Rs 5 lakh ex-showroom; making it more expensive than a Kawasaki Ninja 400 and every other ‘normal’ 250cc motorcycle on the market.

This is an odd and interesting combination of facts and figures, but nothing new in the motorcycle world. There have been multiple 250cc i4 models over the years and especially towards the end of the twentieth century, such as the Yamaha FZR250, Honda CBR250RR, Suzuki GSX-R250 and of course, the Kawasaki ZXR250.

These motorcycles may not be as fast as a conventional middle-weight or any other sensible alternative of its time. However, the customer focus is/was different for these low-capacity multi-cylinder motorcycles. They are meant for those who like to ride on the absolute limit — peaking over 15,000rpm in every straight and putting the time’s V10 Formula 1 cars in close proximity in the acoustic department.

As mentioned before, these kind of motorcycles were not particularly fast and government regulations often cut their peak output to around 45bhp, which is available only towards the top of the tacho. For the same reason, they were very subtle in their behaviour at lower revs and could feel like just any other 250cc single (except for the sound).

The interval of the peak output is quite short in some of these motorcycles and riders have to be very precise at their shifts to keep the pull strong, just to harness 45 horses in the straight line. However, as a wise petrolhead once said, “a slower machine (relatively) can always be pushed to the limit, but a faster machine will mostly remain underutilised”.