Is Harley-Davidson About To Head Back Down Sportbike Alley? 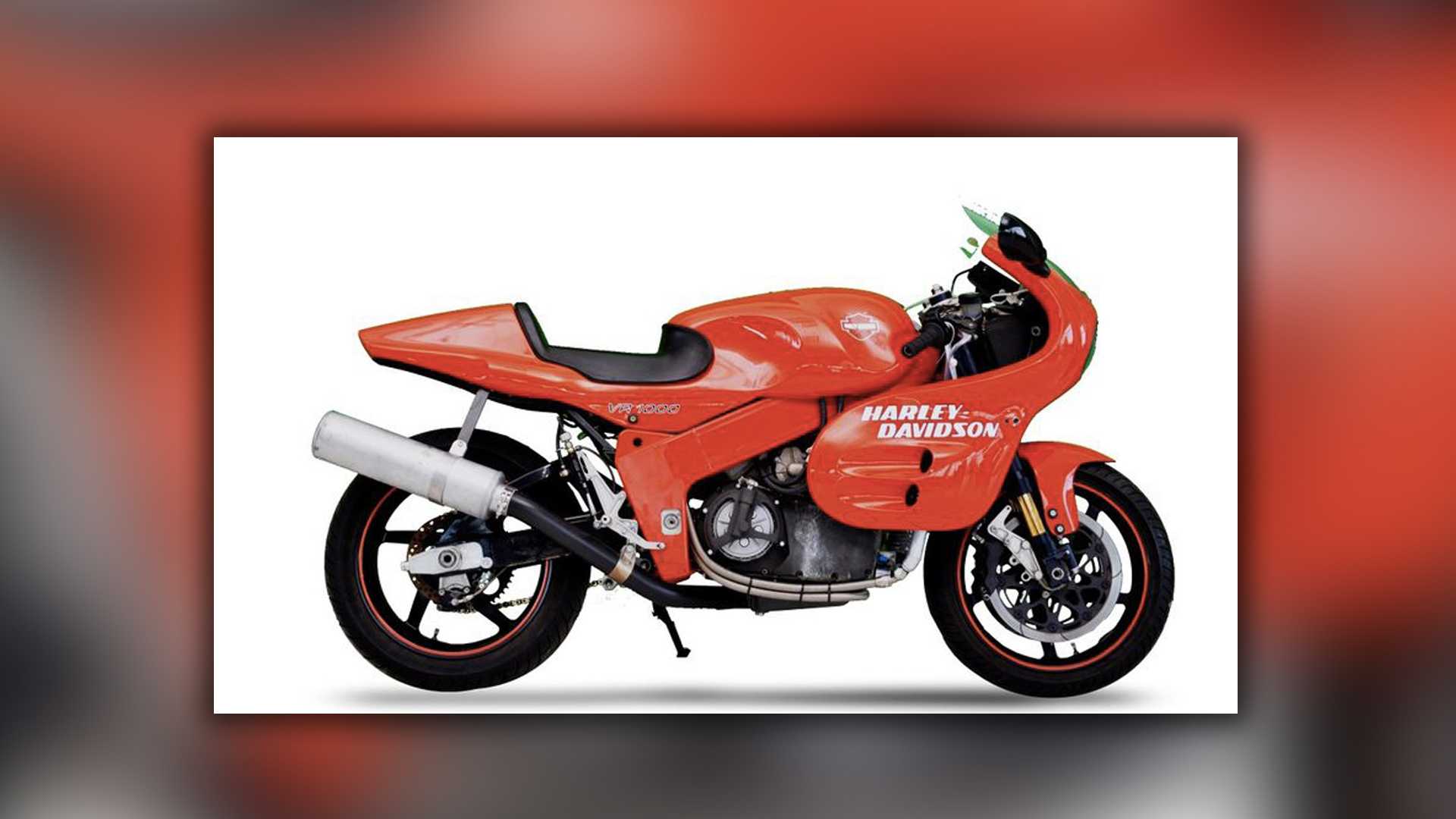 The clues were there all along.

If you think of Harley-Davidson in 2019, it’s hard to think of anything else than cruisers and baggers. It is, after all, the segments the manufacturer has developed the most over the years and pretty much the only one it serves nowadays. That’s not to say that the company didn’t try its hand at different things over the past century. One of the company’s most notable attempts at breaking the mold happened in the 90s with the introduction of the VR1000 race bike. Now, a patent filing suggesting that the Motor Company could be working on a VR1000-inspired bubble-fairing sportbike piqued our interest.

Following Harley’s AMF Dark Age and painstaking restructuring, the company started getting back on track as the 80s rolled in. With the new cash flow, it was now allowed a few frivolities, including dreams of motorsport. As early as 1986, Harley started toying with the idea of producing a sportbike to enter in the AMA Superbike series. That’s when early ideas about the VR1000 emerged.

It took almost a decade for the bike to see the light of day and to roll off the production line. Ultimately, only 50 units of the VR1000 were ever produced—half of which were outfitted for the street.

Sadly, the company took too long to execute and finalize the project. By the time the VR1000 was put on the track in 1994, competitors were already lightyears ahead. The company and the factory team never truly managed to make up for the lost time, continuously plagued by never-ending issues and bad luck. Harley ultimately discontinued funding to the racing program in 2001.

In the hopes of refreshing its image, Harley-Davidson released a five-year timeline that includes the introduction of a variety of what it hopes to be game-changing models. The list includes the Pan America ADV and the Streetfighter but those aren’t the only motorcycles Harley is banking on. Hiding in plain sight in one of the company’s promotional vehicle, the clay model of a bubble-fairing sportbike got a few seconds of screen time. Next to the model: a VR1000. Subliminal!

We didn’t give the clay model much thought since it wasn’t part of the conceptual designs the company released. Now, with the publication of a new Harley-Davidson patent that describes the design of a new bubble fairing (sporting a similar headlight to the Pan America’s), we think that Harley is getting ready to make a bold move. If you think the Streetfighter and the Pan America are daring, it looks like Harley isn’t done surprising us.

Also spotted in the video, in the shot showing the Streetfighter prototype, the idea board in the background includes the drawing of a model sporting a racing fairing, suggesting the faired sportbike could be a derivative of the Streetfighter. If the company doesn’t take too long to develop the suspected new model, it could still launch it in time to join the vintage fad. That’s as long as it doesn’t trip in its own feet like it did with the LiveWire (and incidentally, with the VR).

With the Pan America on track to be released in 2020 followed by the Streetfighter, there’s no say when the sportier model would be released. Hopefully it won’t take another five years…