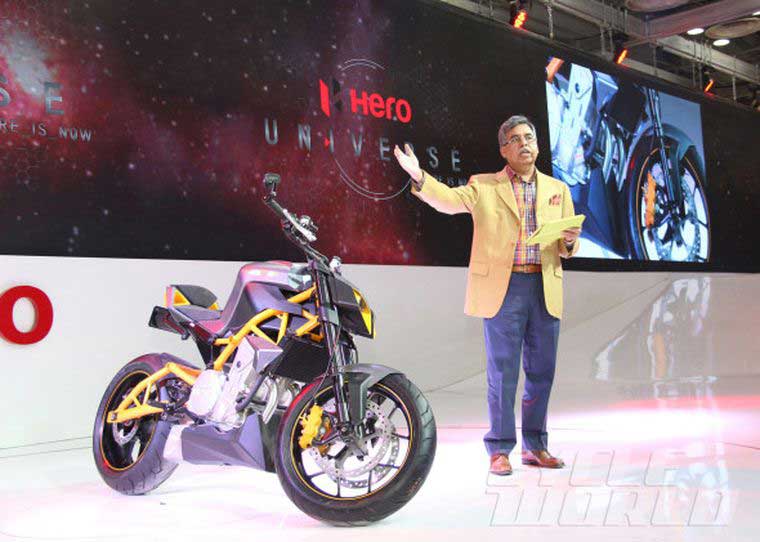 by Aparna Banerjea from https://www.livemint.com

India’s largest two-wheeler maker Hero MotoCorp on Thursday announced that it has surpassed the 100-million (10 crore) mark in cumulative manufactured units with the launch of Xtreme160R.

The launch took place from the company’s Haridwar facility, it added.

“This is also the 20th consecutive year that Hero MotoCorp has retained the coveted title of the world’s largest manufacturer of two-wheelers,” the company said in a regulatory filing.

The two-wheeler company also claimed that the launch of its latest bike is one of the fastest global achievements of the 100 million cumulative production mark, with the last 50 million units coming in a span of seven years.

Hero MotoCorp is also the new authorised entity for sale and service of Harley-Davidson motorcycles in India after the American company exited its India business after ten years of presence.

Munjal also outlined Hero MotoCorp’s plans and vision for the next five years.

During this timeframe, Hero MotoCorp will aim to further consolidate its leadership position, expand its global footprint, launch products and also work on new innovative product concepts, the company stated.

The two-wheeler manufacturing company will introduce over 10 products – including variants, refreshes and upgrades – every year – as a part of its five-year plan.

“Hero MotoCorp also has a steep growth target for its markets outside India. It will continue to grow its operations in these markets and also enter key markets in new geographies,” the company stated.

Hero MotoCorp currently sells its products in more than 40 countries across Asia, Africa, West Asia, and South and Central America. The company has eight manufacturing facilities, including six in India, and one each in Colombia and Bangladesh.

In addition to this, Hero MotoCorp reinforced its presence in Central America by appointing new distributor partners in Nicaragua and Honduras, with aggressive expansion plans for both countries.