Harley-Davidson plans to save itself by selling fewer bikes, report says 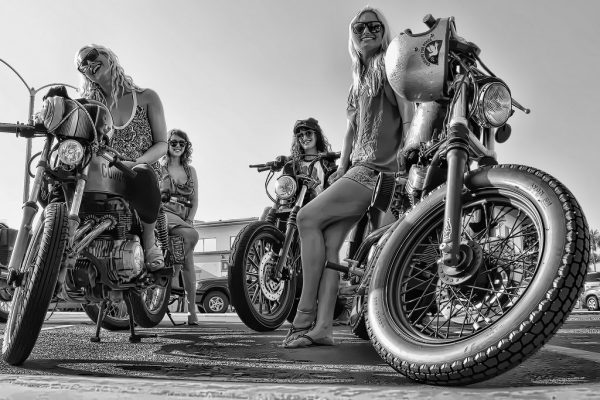 H-D wants to take the old luxury goods trick of limiting availability to increase desirability and apply it to its sales model.

Harley-Davidson was in trouble before all of the coronavirus shutdowns, and things haven’t gotten a lot better in the interim. But now, as H-D’s factories in the US start to get back to work, the company has a new plan to break itself out of its longtime funk.

Part of that involves paring back operations — specifically production. The company is going to be making fewer models, with fewer available options and in fewer colors, and then it’s going to make fewer of them, according to a report published Wednesday by the Wall Street Journal.

It seems Harley’s new boss, ex-Puma exec Jochen Zeitz, wants to use this new exclusivity of models at dealers to drive sales. Think of a Ferrari dealership, right? They don’t have dozens of cars just hanging around waiting for someone to come and buy them. They have one or two examples of most models, and customers have to order a car. Harley seems wants to do the same, in hopes that limiting its bikes’ availability will increase their desirability.

That’s all well and good, but where does that leave dealers? If the factory isn’t making many bikes, that means dealers can’t expect to have stocks replenished as bikes sell — around 70% of dealers in the US won’t receive any more new bikes this year, according to Beth Truett, director of product sales for H-D.

If that sounds like a recipe for empty showrooms and possibly struggling dealers, I agree. Harley’s answer to dealer concerns over this seems to be to sell more used motorcycles. This is in contradiction to Milwaukee’s previous directives that discouraged the practice in the belief that it cannibalized sales of new bikes.

Will all of this work? Will it help to put the brakes on the downward spiral in which America’s oldest continually running motorcycle company finds itself? Or will it accelerate it, with dealers unable or unwilling to adapt to the new style of sales and all the changes that it requires?

Harley-Davidson’s representatives offered a statement that it does “not have plans to overhaul our dealerships to a boutiquelike model.” So that leaves a lot of questions unanswered for now, though most of those will likely be revealed in the near future as Zeitz officially rolls out his “Rewire” plan for H-D in Q2 of this year.