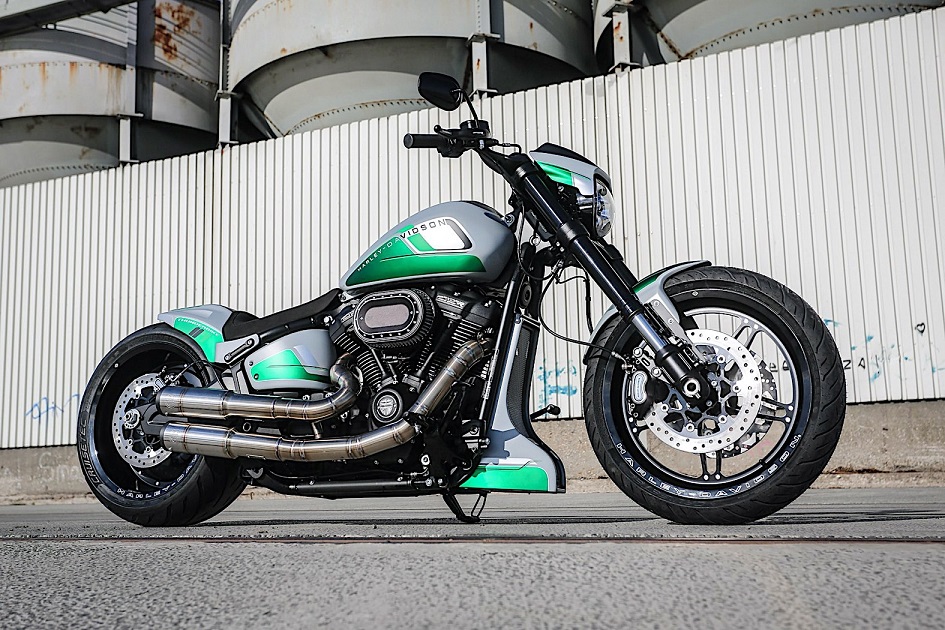 Few motorcycle builders out there have enough products in their portfolio as to feel comfortable to reference older builds as soon as new ones pop up. Thunderbike is one of them, with the Germans having released into the wild over the past 25 years literally hundreds of custom bikes, all of them based on or heavily related to Harley-Davidson two-wheelers.

Back in 2019, Thunderbike built a special machine for Harley’s Battle of the Kings competition. It was called Roar, and came as a heavily modified FXDR sporting tons of custom parts, a Stage 3 tuning kit to increase the Screamin’ Eagle engine’s displacement to 117ci and give it more power, and a devilish, dragster-like appearance enhanced by the orange-black-silver paint scheme used on it.

Thunderbike’s most recent project is dubbed Ice-Cool Brother. Not exactly a cool name for a Harley custom bike, but it does send across the message Thunderbike wants sent: this could be the brother of the Roar, and because its painted grey-green, it’s Ice-Cool.

Childish reasoning, we know, but the machine itself is far from that. Commissioned by one of the garage’s customers, it comes with a lower stance owed to fork modifications, breathes easier thanks to a new air filter kit, and packs a bigger punch thanks to the fitting of a Stage II torque kit.

Thanks to the changes made, Thunderbike says there’s a 5 percent increase in torque right from the start, and at 4,500 rpm it even squeezes 14 percent more than before.

You can find the entire list of modifications made to the bike at this link. What you’ll not find is the final build price for the Ice-Cool Brother, but after some digging (Thunderbike lists most of the parts used in the project) we came up with around 5,000 euros ($5,800), not including, of course, the bike itself and the labor.