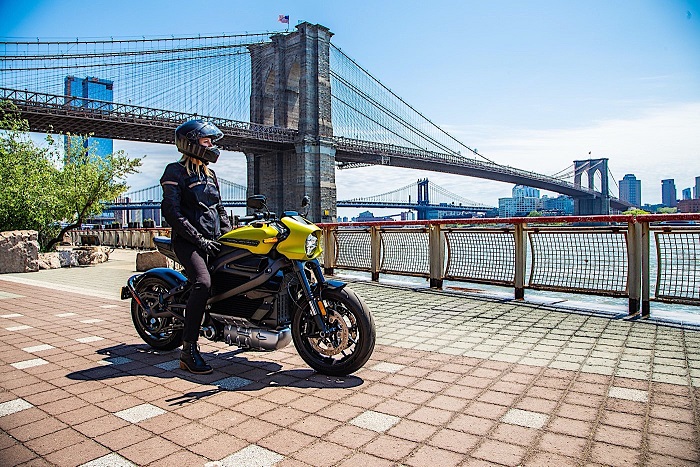 Starting Saturday, September 26, and through the next week, America is celebrating the National Drive Electric Week. It’s a little known even at this point, meant to “raise awareness of the many benefits of all-electric and plug-in hybrid cars, trucks, motorcycles,” but as more and more companies are joining the fun, it might become something major in the not so distant future.

As the only established bike maker to already have an electric motorcycle on the market, Harley-Davidson it taking all to opportunities it gets to advertise it. Already a star (in heavily modified form) of the Long Way Up Apple TV+ show, the LiveWIre is getting bumped to celebrity status as part of the National Drive Electric Week as well.

“Harley-Davidson stands for the timeless pursuit of adventure,” said in a statement Jochen Zeitz, Chairman, President and CEO, Harley-Davidson.

“We build machines that unlock adventure to find freedom for the soul. Harley-Davidson’s first electric motorcycle, LiveWire, is a shining example of how we innovate to inspire this mission and how we are leading the electrification of motorcycling. It’s a premier experience that can only be truly understood after riding it.”

The Milwaukee company says that to support the event it will extend opportunities to ride, charge and experience LiveWire, but it fails to go into specifics, so you’ll probably have to head over to your local Harley dealer to get more info on this.

Heralded as being the first of a whole new breed of bikes, and backed by things like free charging for two years, the LiveWire failed so far to deliver. Maybe it’s the public’s reluctance to embrace electric motorcycles, or the fact that the price of the bike ($30,000) is significantly above what startups competing in this segment, like Zero, have to offer, but the reality is the bike is (still) struggling.