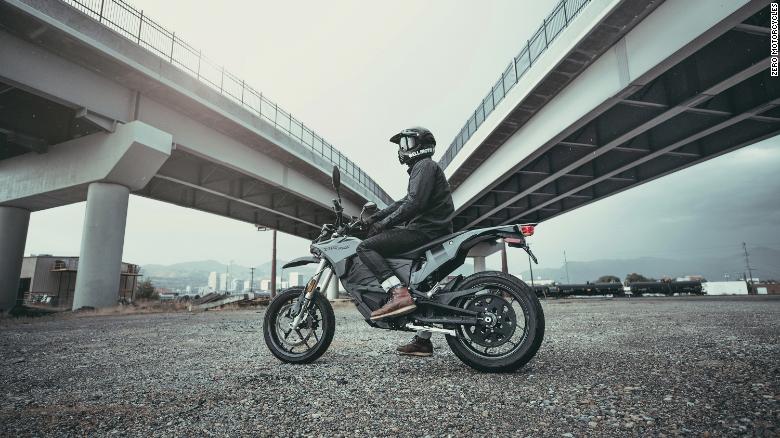 Motorcycle sales, particularly in the United States, have been struggling ever since the Great Recession. As older riders lose interest, or simply become unable to ride any longer, the younger generation hasn’t been showing the same kind of enthusiasm.

But the industry is hoping that electric motorcycles — with a quieter, simpler experience — might be the key to attracting new riders.

“It’s just a lot easier learning curve,” said Susan Carpenter, a writer and radio host specializing in motorcycles. “You just hop on and twist the throttle. If you can balance, you can go.”

Another benefit is that electric motorcycles are much less noisy than gasoline-powered motorcycles. To many veteran riders, the roar of the engine is part of the excitement. But a lot of other people would prefer to enjoy their surroundings much more peacefully. The bikes also don’t have hot engines and exhaust pipes that can become burn hazards, especially when parked around kids.

Electric motorcycles also qualify for federal and state tax credits, similar to those for electric cars, although in smaller amounts.

There are tradeoffs, of course. Electric motorcycles have the same disadvantages as electric cars, namely cost and range. Motorcycles can only accommodate small batteries so they have a lot less range than gas-powered bikes. And that range diminishes greatly during high-speed highway riding because the bike’s electric motor has to compensate for increased wind resistance pressing against the rider’s not-so-aerodynamic body.

Hoping to get the attention of a new generation of riders, Harley-Davidson introduced the LiveWire electric motorcycle earlier this year.

But with a starting price of nearly $30,000 — more than three times the cost of an entry level motorcycle — it’s unlikely to attract many novice riders. With its extreme performance capabilities — it can go from zero to 60 miles per hour in just three seconds — the LiveWire doesn’t appear to be for first-time riders. (The bike does have selectable performance modes so it can be set up for less aggressive riding.)

“LiveWire sets the stage and sets the tone and is designed and priced to be a halo vehicle,” said Harley-Davidson spokesman Paul James, explaining that the LiveWire is aimed at establishing an image for the brand’s electric offerings rather than being a big seller. “And we’ll quickly follow that up with other form factors and other electric two-wheelers that will be in various price points and aimed at different customers.”

Harley-Davidson (HOG) wanted this bike to get people used to the idea of a motorcycle that doesn’t have the brand’s signature engine burble, said James. The LiveWire does make its own distinct sound, though. It comes from the gears that carry power from the electric motor to the belt that spins the back wheel. Harley-Davidson engineers spent time specifically tuning the naturally occurring whirring sound, much as they would the rumble of a gasoline engine.

For the real novices, Harley-Davidson offers the IronE, which targets tiny riders aged three to seven. The teeny off-road bike is powered by a small detachable battery similar to ones used for electric power tools and starts at around $650. Harley-Davidson has also shown pedaled e-bikes and scooters as concepts.

California-based Zero offers electric motorcycles like the Zero FX ZF3.6 for around $9,000. That bike has an estimated 27 miles of riding range from a small battery that can be easily changed for a fully charged one when it runs low on power. For about twice that amount, or around $20,000, bikes like the Zero SR/F can get about 123 miles in combined city and highway riding. (That compares to the 95 miles Harley-Davidson estimates for the LiveWire.) Buyers can also add battery power using a “Power Tank” accessory.

Zero’s bikes are used in a program called Discover the Ride, which introduces novice riders to motorcycle riding and takes place at Progressive International Motorcycle Shows across the United States. Riders demonstrate their basic two-wheeler skills on an electrically-assisted bicycle, then they are offered a ride on a Zero electric motorcycle.

Cake, a Swedish company, has models starting at a slightly more affordable $8,500. For that price, a buyer can get Cake’s ultra-minimalist Ösa+ model. Its design was inspired by a workbench and it looks like it. With detachable clamps, the owner can quickly customize the bike with cargo racks or an additional seat. The Ösa+ has a top speed of just 60 miles an hour. It’s intended as an urban workhorse.

With their emphasis on light weight and simplicity, Cake bikes take the idea that electric motorcycling should be different from riding a gas-powered bike to an extreme. The models are particularly popular with new riders, according to a company spokesman. After being available in the US for a little over a year, there’s a three-month waiting list for the bikes, Cake claims.