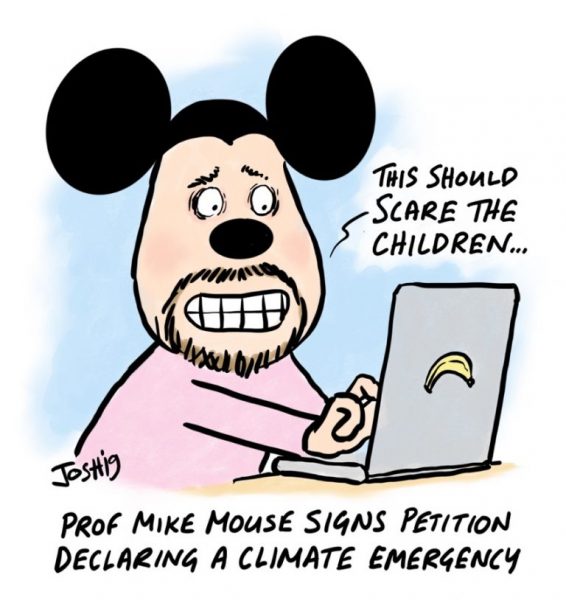 Dozens of signatories including Mickey Mouse and Harry Potter headmaster Albus Dumbledore from Hogwarts have been ­removed from an Alliance of World Scientists declaration of a “climate emergency”.

Access to the 11,000 name-petition that accompanied a statement of concern published in BioScience on Tuesday was blocked on Thursday.

A statement issued by ­Oregon State University said “an administrative error unfortunately saw the inclusion of a small number of invalid names”.

“We have to date removed 34 names from the original list, most of which were duplicates.”

Concern about the petition, which was heavily promoted internationally as a call for action on climate change, was sparked by questions about some of its celebrity signatories.

Mickey Mouse from the Mickey Mouse School of the Blind, Namibia made it through onto an official list published along with the BioScience article.

After the statement had been submitted to the journal, claiming the support of 11,000 world scientists, Mickey was joined on the list by Albus Dumbledore, Headmaster of Hogwarts.

The first signature on the online list was Araminta Aadvark, professor of Zoology at Univer­sity of Neasden, UK.

Neasden University is believed to be a fictitious university promoted by the British satirical magazine Private Eye that was printed in Neasden.

Sydney University said on Thursday the petition was being managed by Oregon State.

An online link to the petition on Thursday said “access ­denied” and “you are not allowed access to this page”.

The page was later changed to “Viewing signatures is currently unavailable. We are working on the issue.”