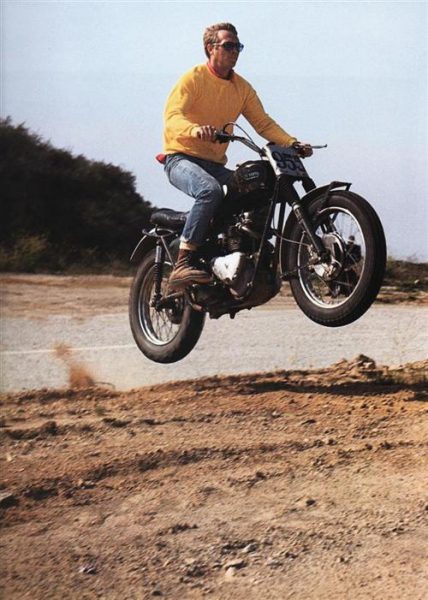 Last week (August 2016), the Governor’s Highway Safety Association (GHSA) released its preliminary data and findings regarding motorcycle fatalities in 2015. The GHSA represents the state and territorial highway safety offices that implement programs to address highway safety. Although GHSA’s primary mission is to improve traffic safety, their latest report appears to be more focused on thinly veiled demands for nationwide universal helmet laws despite their failure to provide real data demonstrating the effectiveness of such laws. Read more. 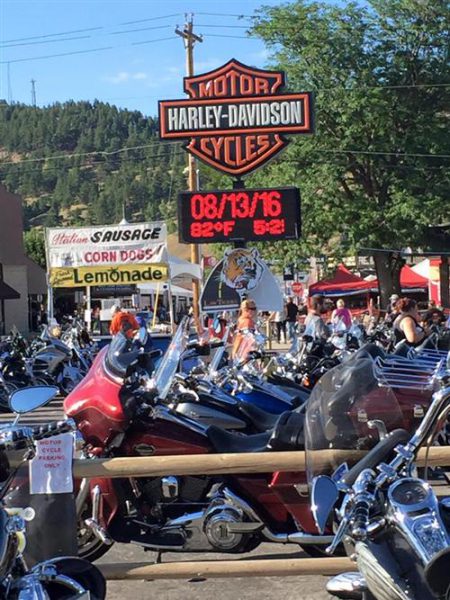 Piers of the West Coast – Traveled on Two Wheels 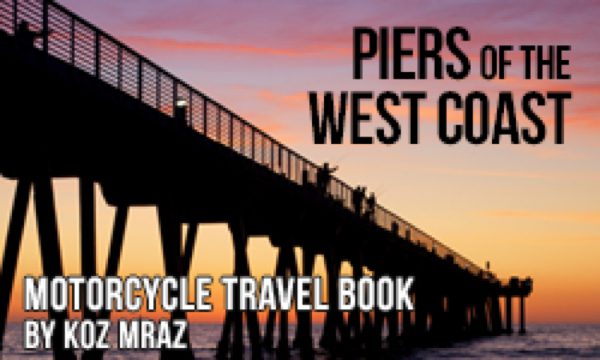 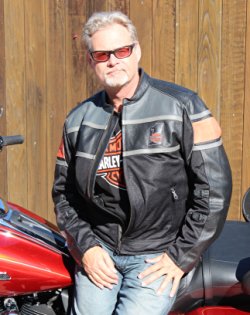 Koz Mraz is riding the coast of Washington and Oregon road testing the all-new 2017 Harley-Davidson motorcycles. In honor of this historic occasion he is offering Piers of the West Coast Traveled on Two Wheels to Bikernet readers FREE for two days, Aug 31st and Sept 1st. This picturesque travel book includes a little history, vintage and current photos and information from a rider’s perspective: ease of access, available parking, restaurants, nightlife, lodging accommodations and overall rider-friendly vibes and attitude. “As a Moto-journalist, I ride a lot of different bikes and just like each pier; every bike has its own personality so I choose a different motorcycle for each part of the journey. Butler Maps provides small map insets of each Pier and QR codes provide up to date information. This journey is meant to be started from any pier, then pick a direction and enjoy”.

A STUDY IN AMERICAN JUSTICE AND FREEDOM 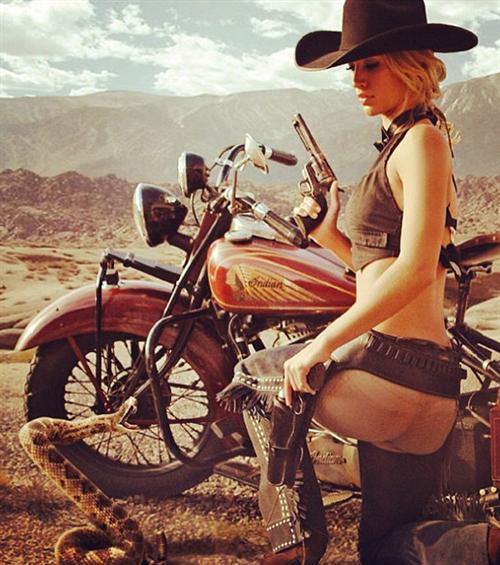 The American criminal justice system is aptly named. It is criminal the way the system dispenses “justice,” and that criminality infests the entire system. That’s because the system has become a business and a blood sport based on profit, control and winning rather than determining a person’s guilt or innocence.

There are about 2.3 million people populating America’s 1,719 state prisons, 102 federal prisons, 942 juvenile correctional facilities, 3,283 local jails, and 79 Indian Country jails as well as in military prisons, immigration detention facilities, civil commitment centers, and prisons in the U.S. territories. In the U.S., people go to jail about 11 million times each year. Another 7 million are on parole or probation.

There is no question that America is a prison nation, and the overwhelming majority of people in prisons are there for non-violent crimes — about 20 percent of them for drug crimes. One in 3 Americans will be arrested by the age of 23. Those “crimes” are often nothing more than truancy and misbehaving in school. But the faux war on drugs has ensnared millions of Americans for the non-crime of possessing parts of a plant. Read more. 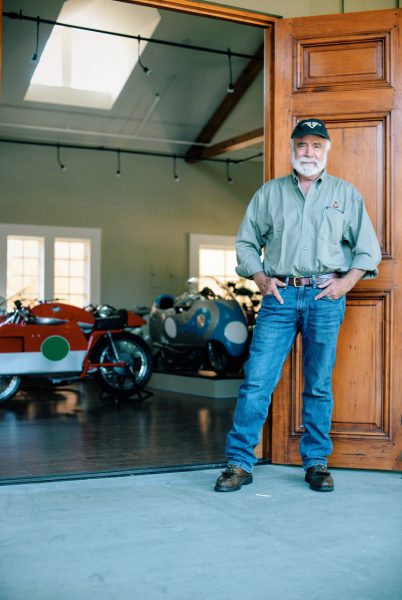 Robb Talbott is perhaps best known as the founder of the world-famous Talbott Vineyards. But there is perhaps an even more important, lasting strain that runs through his storied life: motorcycles. Young Robb developed a youthful fascination with the speed, noise and commotion of the nearby Laguna Seca Raceway. Eventually he acquired a “very used” Honda 50 step-through, which he remembers as “the most fun he’d ever had.” By the time he left to study Fine Art and Design at Colorado College in 1966, Talbott was irretrievably in love with two wheels. He acquired a succession of small displacement Suzukis, and then a pantheon of iconic dirt bikes, including a BSA 441, Jawa, Bridgestone, Kawasaki and a Sachs. But his most memorable bike of all was the venerable two-stroke Yamaha DT-1 250. During this time he raced motocross and winter hill climbs. In 2001, seeking release from the pressures of a demanding work life, he was inspired to buy one of the new, reincarnated Triumph Bonnevilles. 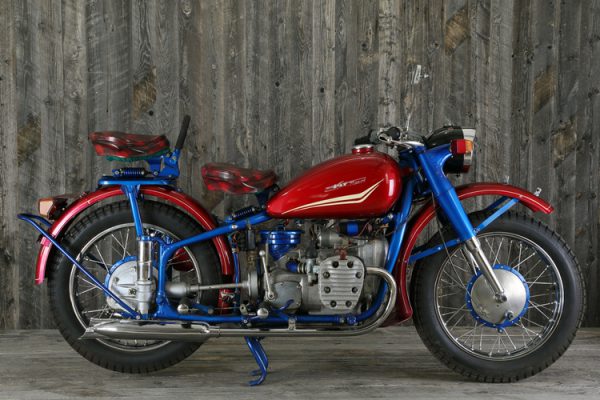 Robb read “The Art of the Motorcycle” from the Guggenheim Museum. For Talbott the exhibit was an epiphany: there, framed against the magnificent building, he saw history’s most significant bikes in an artistic context. “For the first time, I realized that motorcycles could qualify as art,” he says. “I started getting really excited about that idea. When you see the cooling fins on an MV Agusta, or the sculpting of a Rickman hub, you realize they’re art.”
Suddenly, Robb found himself buying bikes, for the sheer pleasure of their aesthetic presence. Some he had restored, and others he left as they were, resplendent with the patina of age and their strong pedigree. “I’ve always loved barn bikes,” Robb says. Pretty soon, the barn was full. And before long, the fledgling notion of a museum was born. In 2015, after 33 years of hard work, he sold Talbott Vineyards, and began devoting all his time to the concept of the Moto Talbott Collection, a 501 (c)(3) non-profit devoted to preservation, restoration, and education. By then he had already accumulated more than 140 bikes from 12 countries. 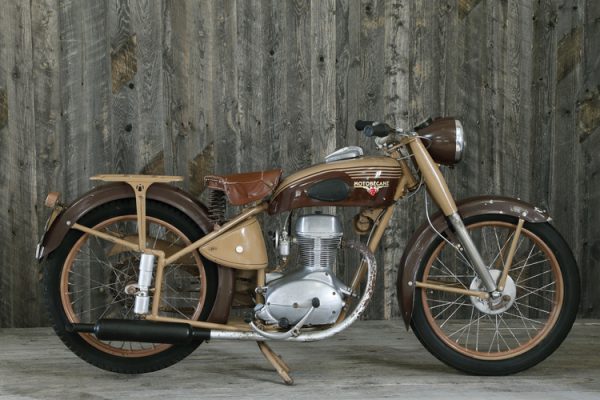 There is no logic to the Talbott collection, other than the most logical thing of all: it’s full of stuff Robb likes. This means three large categories: vintage dirt bikes, MV Agustas and all things Italian; and tiny, 175cc, pre-1957 Motogiro bikes. There are even a few vintage bicycles. “I don’t believe you can build anything of note without passion,” says Robb. “The motorcycle museum is phase three for me, after the clothing company and the winery. I want to give back to the sport that has given so much to me.

“I never lost my love of motorcycles. This whole thing wouldn’t work if I didn’t have the passion. I love motorcycles.”

WATCH OUT FOR THE BIKERNET WEEKLY NEWS for August 25th, 2016 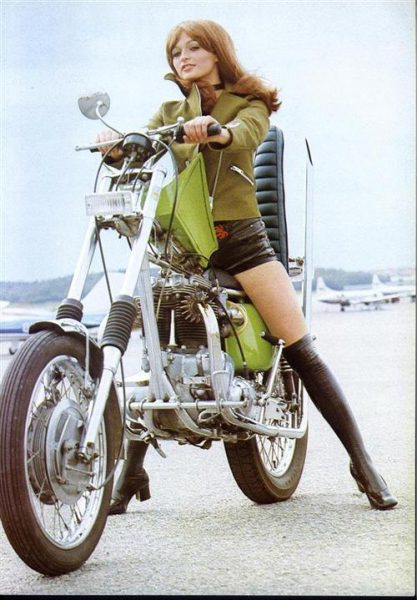 Snazz Up Your Scout With National Cycle Accessories 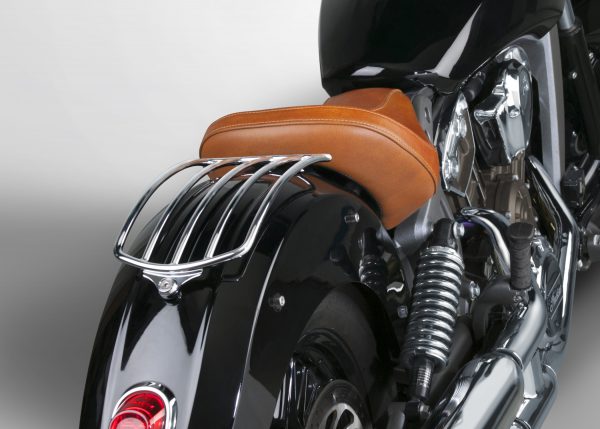 Simply remove the passenger pillion and use the supplied hardware to mount the rack to the stock passenger seat mount points. It’s a quick and simple job that pays back big style points — as well as added luggage carrying capacity.

The rear Fender-Mount Solo Rack retails for $209.95 in chrome and is available in Powdercoated Gloss Black for $194.95.

More On The AirHawk International Lawsuit

AirHawk International recently announced that they are suing Wild Ass for Patent Infringement on three of their products, False Advertising in Violation of the Lanham Act, Unfair Competition under California Law, Tortious Interference and claims against the owners of Wild Ass individually.

On July 6th, Wild Ass claimed the lawsuit was frivolous and filed a motion to dismiss and stated they were confident the court will rule in favor of Wild Ass. In fact, Scott Parman, co-founder of Wild Ass, stated AirHawk’s lawsuit was a desperate, frivolous case initiated by in an effort to eliminate the competition.

On August 1, the court ruled in favor of AirHawk and allowed all of its claims to go forward. In fact, with regards to the Patent Infringement claims, the court found that Wild Ass’ designs as a whole are substantially similar and that a side-by-side comparison of the products showed that the overall shape of the Patented AirHawk seat cushions and the accused Wild Ass seat pads are identical! While the court made several statements about Wild Ass products, one of the most important is regarding false advertising. In Wild Ass’ own filings with the court they admitted that although its products use “clinically proven medical seating technology” and have medical and therapeutic benefits, these claims are in fact false. Wild Ass has not tested their products for any of the so called claimed medical benefits of their pads, according to AirHawk.

While AirHawk is not sure where Wild Ass products are made, included in the packaging material shipped is a sheet of paper stating they are made in Korea. AirHawk product on the other hand, are made in America. 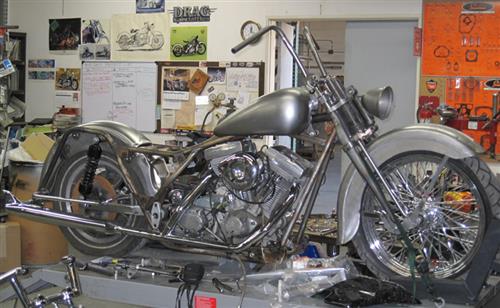 A quick Paughco update on our Bikernet Baggers project bike. The Paughco crew is the master of vintage, supplying the world with classic chopper parts for over 45 years. But let’s stay focused on this effort. Steve Massicotte contacted me with a handful of the latest shop photos.

They refined their handlebar design and turn signal installation before tearing the bike down for a Kirk Taylor (Custom Design Studios) custom paint job.